The inflated definition of misogyny

Feminists are very quick to scream when they see or hear something they consider to be discrimination against women. According to feminists, misogyny is still rampant in society, and women are treated badly and unfairly. Really, though, what do they consider to be sexist?

The issues most feminists today complain about, are normal issues that happen to many people and are not gender based. Mainstream misogyny is very rare in today’s society, and if it ever occurs, people will know about it, report it immediately and it will be gotten rid of as soon as possible.

So, what are some examples of what feminists consider misogyny?

Now, despite what feminists claim, these issues are not misogyny, because they are not gender issues. These issues happen to everyone, not just women and girls. Men and boys suffer from them as much, a lot of the time even more so. It has nothing to do with gender discrimination.

…but if one of those people are female, feminists immediately blame it on discrimination. Most of the problems feminists call misogyny are simple human issues that effect both genders. As has been demonstrated, feminists are not after equality. What they really want, by making these claims, is to change it so that only men ever suffer from these normal issues.

To demonstrate further the way situations are so easily labelled misogyny, here is a detailed example of a fictional situation:

A student at a school has just been accused of misbehaving. This student believes they have done nothing wrong, and is annoyed by the false accusation and is determined to have something done about it. The student complains to one of the teachers, but doesn’t use proper manners and instead uses shouting and foul language. The teacher disciplines the student for it, and the student has to do extra work after class.

The short story above does not mention the gender of the teacher and student. So let’s say, both the student and the teacher are male. It would be considered a normal dispute. Change the gender of both of them to female, and it’s still a normal dispute. However, make one of them male and the other female, and bang… it’s gender discrimination! The male in the situation is a chauvinist, and the female is being discriminated against, despite the argument having nothing to do with gender. It could also be noted that in situations like these, the male is the one who gets blamed the majority of the time, and the female is always considered the victim.

That, folks, is the inflated definition of misogyny. For something that is done by a man (or boy) to be considered discrimination against women (or girls), the woman or girl just has to disagree with it. Whether or not the problem actually has anything to do with gender makes no difference in what feminists decide to call it. 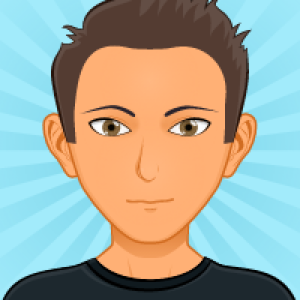