Hi, Hannah Cox. I’m Hannah Wallen. We haven’t met and you’ve probably never heard of me, but no worries. I’m not all that familiar with you either, and you really only ended up on my radar after someone sent me a link to your FEE stories post, “A Woman’s Take On the Men’s Rights Movement.”

As you can see I suck at introductions, so let’s get right to the point.

I strongly disagree with your characterization of the men’s rights movement as having been co-opted by men with hateful, oppressive attitudes and interests, as your use of listing such allegations together with the labels for other men’s groups as a way of disparaging them without offering any real criticism. The movement you have described is not the men’s movement that I know and love, and have been involved with since I found a community on reddit while looking for information to help a falsely accused friend several years ago.

I’m not surprised by what you’ve said about us, because “Hey men! You’re advocating for yourselves wrong! Let feminists tell you how to do it!” is one of several commonly repeated feminist tropes and tactics used to try to undermine male control of the men’s issues dialogue. This is far from the first time I’ve heard it. In 2013 I wrote a response to a much shorter version of it by left-wing Boston Globe writer and “nice” feminist Cathy Young. Hers was titled “The broken dialogue on men’s rights,” and she said everything in her article that you have said in yours, only with less compartmentalizing, less expounding on the validity of the issues addressed by the advocacy she was disparaging as unnecessary, and a more succinct manner of trying to shame men into subjugating their interests to women’s sensibilities.

Aside from that, let’s consider your first sentence, defining True Feminism™ as the belief that all people should have equal rights, equal opportunity, and equal command of their own destiny. I noticed you did not cite a source for that claim, nor offer any other evidence to support it. It is presented instead as if it is a self-evident fact which, combined with the rest of that paragraph, sets the moral tone of the article as one that recognizes the movement’s female victim narrative without having to admit to the logical implications of the male oppressor narrative that is always used to support it, all to create an image to contrast against the Bad Activist, No Compassion narrative you reserved for nonfeminist men’s advocates.

What flowery, toplofty language you used to dismiss the entire history of feminist political agitation for laws that discriminate against men on women’s behalf, the universal academic fraud that has been used to support such agitation, and the profoundly misandric dogma communicated the overwhelming majority of feminist writing. How convenient it must be to be able to use platitudes about the True Feminism™ you’d rather talk about vs the ugly feminism that informs law, policy, institutional standards, and societal norms all over the western world… to thickly gloss over the fact that the movement’s foundational dogma, Patriarchy Theory, is simply the belief that everything bad about every human culture is the way it is because men were/are in charge of its governing institutions. I cannot overstate the depth of my disgust at such a dishonest representation of the movement that used white feathers to label young men cowards for refusing to be treated as their society’s disposable cannon fodder during WWI while simultaneously demanding voting rights for which most of those men were not eligible. What an incomplete picture of the ideology that produced the claim that, “The history of mankind is a history of repeated injuries and usurpations on the part of man toward woman, having in direct object the establishment of an absolute tyranny over her.”

It’s from the Declaration of Sentiments, from the Seneca Falls Convention, 1848. The writers went on to support this claim by framing coverture, a system of law designed to make men fully accountable for the welfare of the women in their families while exempting the women themselves from it at men’s expense, as a male-perpetrated attack on women’s humanity. Their reasoning relied on only considering the restrictions women faced under these laws, which were in place to facilitate men’s ability to meet the obligations and operate within the restrictions those same laws imposed on them. While feminists spent the next 200 years campaigning for women’s release from their restrictions, they were very careful to avoid bringing about men’s release from their obligations and restrictions as a result. In fact, they have fought to add to men’s obligations and restrictions throughout that time.

That pattern of political activism and its influence on law and policymakers is the main cause of the discrimination men face today under criminal and family law, as well as an incredibly disproportionate burden on male taxpayers for the equally disproportionate financial benefit gained by female users of government programs and recipients of government-funded financial aid. Even in the private sector feminist influence has resulted in discrimination against male workers for the benefit of their female colleagues. This is not just true in regard to hiring and promotion, but also in the feminist domination of the area of human resources, which has become the primary arbiter of workplace social culture and made men’s job status and security subject to their employer’s deference to female sensitivity.

Therefore, if you’re going to tell me that real feminism has anything to do with promoting “equal rights, equal opportunity, and equal command of their own destiny” for all people, you’re on the hook for evidence. What legislative change, lobbied for by any feminist organization and passed by any governing body, achieved that goal. Don’t cite laws giving women the voting franchise in any nation influenced by English Common Law, because in none of those nations did women have to do everything men did to get those rights, or to maintain them.

Hannah Cox, if you are reading this, I’ll bet you’re recoiling in denial of that description of the feminist movement. That’s only to be expected given your panegyric description of it. Likely, if you felt like responding to a critic with such a dramatically different opinion, you would start by asking me which feminist groups I’ve engaged with or observed to learn about what feminism really means, and what feminists really do. You would probably be surprised to learn that list would include reading the documented history of the original suffragettes in the United Kingdom as well as those in the United States and Canada, and observing the legislative influence of not just individual feminists like Caroline Norton, creator of the Tender Years Doctrine, but also the biggest and most powerful feminist groups in the United States, like the National Organization for Women, which has spent decades opposing custody law reform that would end legislative guidance that encourages judicial discrimination against fathers.

That is why, when I read your description of what the men’s rights movement is like, one thing really stood out to me. You limited your observation of the entire, worldwide century-old movement to giving slight consideration to just part of a statement on what men’s rights groups believe (not the activities) of one of a multitude of groups within the greater men’s issues discussion (not all of whom can be rightfully classified or would classify themselves as men’s rights activists.) After that drive-by, you sped on to cite progressive and feminist opinion pieces for your long-form mudslinging. It seems you were unable to find any documentation of men’s rights groups’ actions that merited your claims about us, and chose not to consider why.

Don’t like that characterization? Prove me wrong. Show me where you posted any interview with or documentation of your observation of the activities of any administrator from the National Coalition for Men, an organization that has successfully lobbied for legislative change, used civil suits to challenge discriminatory law and policy, and offered support to men not just since 2012, but for decades. Show me the way you have engaged with Warren Farrell, often cited (and rightfully so) as the father of the modern men’s movement. He has written about every men’s issue you included in the main body of your article, some extensively. He’s known outside of the movement, having been interviewed on major media outlets and having spoken on these topics in academic settings for decades. You should not be afraid to talk to him. He’s one of the most amiable, earnest, and rational people you’ll ever meet and I guarantee that if your intentions are neutral or better, it will be a pleasant and enlightening conversation.

How many avoiceformen.com articles have you read without first prejudicing yourself with feminist source’s characterizations of them first? What about UK groups like Justice for Men and Boys? Indian groups like the Save Indian Family Foundation? Did you maybe take a short cut and watch The Red Pill documentary, or Martyrs of Marriage? Have you maybe visited the Men’s RIghts subreddit, an international hub of men’s interest communication and advocacy? That forum is a great source of links to other men’s issues forums where you could hear about men’s issues advocacy from the people who are actually involved. Maybe you have listened to any videos on men’s issues by any of the large number of creators who are part of groups like the one I’m in?

By the way, guess what: Some of us are women.

Actually, many of us are women. Maybe you could explain to us how our views are misogynistic, hateful, and oppressive… if you actually know what our views are.

If you did check out any of our work, why didn’t you include any citation of any men’s movement sources on the men’s movement in your paragraph about how co-opted by very bad wrongthink boogeymen it has become? Do you find it distasteful to engage with the movement you are disparaging as you gloss over decades of our advocacy on the legitimate issues you used for the main body your article? Is that why, in discussing those issues, you also did not link to a single source from any men’s group?

If you have never checked out any actual men’s rights advocacy (besides part of an about statement from a group whose activities you didn’t even bother to highlight) or any of our media, why haven’t you?
With a wealth of information on men’s issues hosted publicly online by actual men’s interest groups describing our actual intentions, beliefs, activities, and impact, it can’t be because you couldn’t find us. To miss that big of a body of evidence, one would have to actively strive to avoid it.

But why would a person writing about us want to do that? Was it out of an arrogant but apparently quite wrongful assumption that you already knew what you would find, or maybe fear that you’d find evidence to contradict your opening mud-slinging session? Was it something else? Does your True Feminism™ lack space to let men’s groups advocate for men’s human and civil rights interests without feminist women’s supervision or control? If so, exactly how does that attitude fit into the context of advocating “that all people should have equal rights, equal opportunity, and equal command of their own destiny?”

I’d really love to hear the answer to those questions, if you are willing and able to have that conversation. 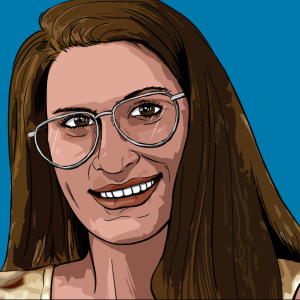 Hannah has witnessed women's use of criminal and family courts to abuse men. She is the author of Breaking the Glasses, written from an anti-feminist perspective, with a focus on men's rights and sometimes social issues.
PrevPreviousThe inflated definition of misogyny
NextOregon to join most US states in compensating the wrongfully convictedNext
Menu