The one good man

Note: This article is also available in Portuguese.

The One Good Man sees in Woman what men lack. Woman is bright and charming and good. Men are dark and sinister and bad.

To maintain the image of Woman as bright and charming and good, the One Good Man swallows Her darkness. Her rages, Her excesses, Her cruelties are his responsibility, not Hers. All Her goodness is not chosen because She is helpless in Her goodness—as She is helpless in Her femininity.  But because it is not chosen, it is not goodness and it feeds nothing in the One Good Man.

Without shadow there is no depth.

He craves dimension and he receives only bright, charming images as thin as a whisper. To compensate he tries to capture as many as he can, but they flit through his fingers like sunlight and his hunger grows.

He needs a Harem.

The politician signs into law one-sided advocacy that ignores the pain of men to help women: Domestic Violence, Rape, Sexual Harrassment, it doesn’t matter. He sees it all as an avenue to destroy his competitors and win an adoring harem, even if it’s only the myth of himself in his own mind. He is the One Good Man, good because of his influence, which he uses to advance women.

The family judge eviscerates his rival—a father and husband—and in the woman’s approval he sees another adoring harem member. He knows that her husband has failed her otherwise why would she be here before him? But he won’t fail her. He is the One Good Man, good because of his power, which he uses to benefit women.

The priest condemns the imperfect morality of his flock’s husbands and in their admiration he sees a harem. He knows the church women are there to hear his words and uses them to throw petty sins of their husbands into high relief. He won’t fail them. He is the One Good Man, good because of his morality, which he uses to lionize women.

The petty bully brutalizes a smaller boy, cheered on by girls. The girls have a grievance; the boy presumed to ask one of them out, or maybe he was staring at her breasts too long? He won’t fail them. He is the One Good Man, good because of his strength, which he uses to avenge women.

The One Good Man sees all other men as feckless, immoral, weak, beneath him. The One Good Man is good because he knows he is the only good man. He is special. He regales of stories of his goodness, all with the same refrain: “I have used my strengths to woman’s service, I have crushed men so that women may walk upon them.” And thus he is deserving of the admiration and approval of many women. He has a Harem. But that is not enough.

The One Good Man has enemies.

The Bad Man says “look, Woman has a shadow! A shadow that She casts, not me! Every shadow is Hers!”

The One Good Man hates the Bad Man’s words; he points to an obvious flaw: “Some of those shadows are cast by you!” and dismisses the greater truth.

The One Good Man has a final enemy; and this one is most insidious of all because he is part of the One Good Man, the Hungry Man and the Bad Man.

He is just a man. Not a bad man, not a good man, not a “real man” or a fake man, not a strong man or a powerful man or an aggressive man or a useful man or a useless man. Just a man. A man who sees that words like good, strong, bad, real, fake, powerful, useless and useful are just words the One Good Man uses to divide himself from other men, to make himself special and thus worthy of his Harem.

With shadow, there is depth.

He is not the One Good Man. The Bad Man or the Hungry Man.

Note: This article is also available in Portuguese, Farsi and German. 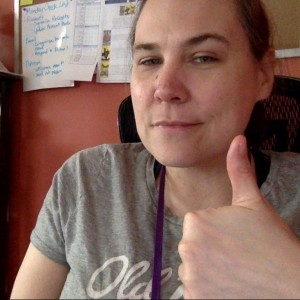