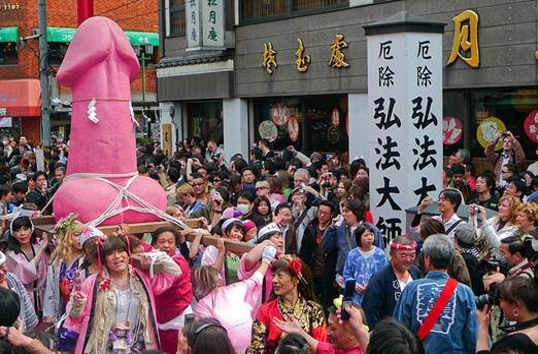 A giant 8 foot penis is joyfully carried through a crowded Japanese street by a dozen happy teenage girls. No, this is not a scenario from an odd mix of a pervy Macy’s Parade flotilla and the supple nymphs in “Bilitis.” It’s real and the annual event is called the “Kanamara Matsuri.”

The Kanamara Matsuri, which translates to “Big Iron Penis Lord,” is celebrated during the first week of April in Kawasaki, Japan and it’s been around since the 1600’s. Interestingly, such phallic processions were once very widespread, but it appears Japan is one of the few remaining places daring to place a penis at the center of a public celebration. Almost everywhere else the penis is today seen as a dreaded object of violence and oppression, a thing in need of castration, sterilization, circumcision and, most importantly, suppression from view.

If we go back to Ancient Greece, Rome, India, Egypt -in fact anywhere at all- we find adoration of the penis (and vagina) a comfortable norm. To give but one example, so welcome was the penis that Ancient Egyptians had no mother earth but instead a ‘father earth’ named Geb, a nurturing god portrayed reclining on his back with a huge erect penis. His was a benevolent phallus that brought fertility to the land, nourished its people, and bestowed prosperity and harmony to the world.

In Ancient Rome we have examples of phallic charms called fascinum, which were often winged, and were ubiquitous in the culture from jewellery to bells and wind chimes to lamps. The fascinus was thought particularly to ward off evil from children, mainly boys. Pliny notes the custom of hanging a phallic charm on a baby’s neck, and examples have been found of phallus-bearing rings too small to be worn except by children. [1] It’s not important here to delve into the entire history of phallic representations, but what is important is to know that there once was a time when the penis did not equal oppression. Why is it important to know this? 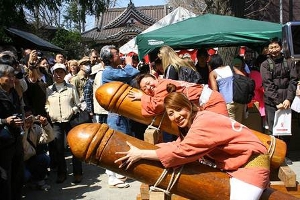 When we stop to remember a time before the scorched earth policy of feminism emolliated our respect for the male form, we thereby ‘re-member’ ourselves and how we once were. Once we remind ourselves of this we are inspired, even angered, to drop our chocolates and flowers and  pick up a blade and hack and thrash our way through a great tangle of confusion and doubt to our way back home- to the penis as symbol of beauty of form and masculine identity.

The penis as symbol of beauty of form has only recently been quashed as a concept and is never really discussed in our gynocentric universe. In fact, it is disparaged. I think it is time to change this, but first we must see through the feminist inspired bad press about the phallus.

Feminists have characterized the penis as an object of violence, oppression and viral dirt. To them it is synonymous with a deadly snake. But not to be satisfied with their maligning of the male body feminists have gone further by claiming that all of society is suffering from a toxic “phallocentrism,” which is defined as, “a doctrine or belief centered on the phallus, especially a belief in the superiority of the male sex.”[2] Phallocentrism is further defined as “any perspective usually considered characteristic of patriarchal systems.”[3]

But does such a dreaded symbol actually exist today, and if so where? It appears feminists have not stopped to notice that the actual phallus of phallocentrism has suffered a universal repression within the very culture claimed to be dominated by the penis. Therefore the hatchet job they continue to do on our penises, both metaphorically and literally, might better be redirected to their deadwood ideology before another generation of boys is alienated from this essential feature of male identity.

The time has come to drop our complicity with anti-male narratives and learn again to love the male form. We need no longer view the penis through the gynocentric lens of (a) only gay men talk about the beauty of the penis, albeit as an emblem of homosexuality, or (b) straight men view the penis as an instrument of action packed machismo- the façade of “tough.” Take for example our usual heterosexual talk about genitalia; prick, balls, nuts, dong, boner, cock, tool, weapon, suck, blow, wank, shoot; and gash, snatch, twat, hole, cunt, bush, clit. Psychologist James Hillman invites us to compare this kind of language “with the marvelous language of foreign erotica: jade stalk, palace gates, ambrosia… A Chinese plum is to be deliciously enjoyed; our cherries are to be taken, popped, or broken. [4]

Clearly we Western males have internalised feminist characterizations of the male member by continuing with this derogatory language of penis = violent = male.

“Suppose instead we were to call him, as he once was named, Jolly Roger or Little Johnny Jump-up, or Happy Prince, smiling wand, black magic, little brother, or Purusha who is smaller-than-small and bigger-than-big.”[4] There is no need to impose images of violence on the penis. 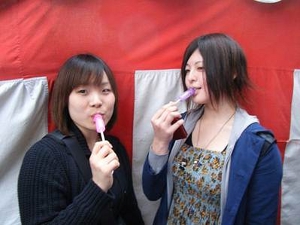 We might even begin to think of him as man’s best friend- a precious facet of my body and dignified symbol of my masculinity.

Imagine if we transformed our cultural obsession with penis porn into penis art, crafting representations in plastic form to be put on display like those bare breasted, pregnant and vulvad’ female sculptures that dot our landscapes and galleries. By ditching the false dichotomy of beautiful-gay-penis versus machismo-straight-penis we might begin to relate to the penis as a representation of male identity, no longer divided into gay and straight only, but reborn as a complex symbol of men’s multifaceted natures. Imagine, the phallus standing as a dignified symbol of our masculinity, much like the breasts and pregnant bellies benefit women everywhere as symbols of pride and identity.

PrevPreviousAVfM Radio: How to be a creep
NextMy privilegeNext
Menu