Intersectional feminism: what’s up with that?

Gladwell is a writer with very liberal views, but his 4 books are well researched, well written and based on actual scientific research.

The basic premise of The Outliers, is that success relates to being at the right place, at the right time, in the right part of your life, with the right amount of practical experience (10,000 hours according to Gladwell).

It starts with an explanation of how a disproportionate number of professional ice hockey players are born in January, and ends with a story about Gladwell’s own African roots.

In the final chapter (A Jamaican story), Gladwell tells the story of his own slave roots, as a way of introducing the idea that the consequences of multi generational oppression can take up to 400 years for any oppressed group to fully recover from.

Gladwell is a great storyteller, and his use of statistics and expert testimony, make a compelling argument that the descendants of enslaved Africans not only experience a lasting social legacy, but a resilient genetic memory, that will take another 200 years to fully disappear.

I doubt many feminists have read any of Gladwell’s books, but today, intersectional feminism is an attempt to cast aside the historical fact that feminism has previously been the realm of wealthy white women, and reposition feminism as an umbrella for all of the world’s oppressed. 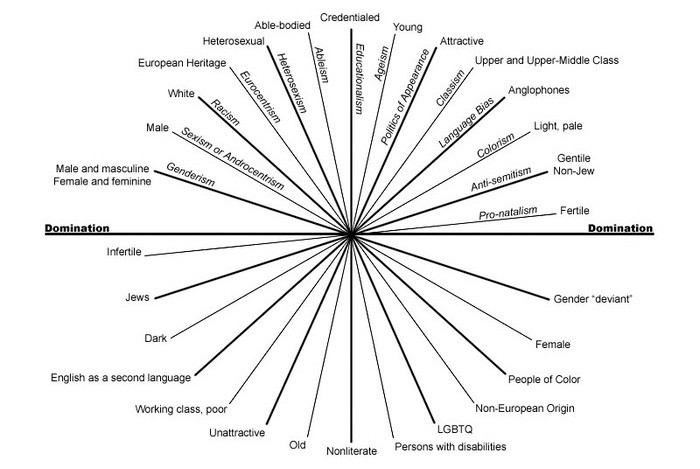 Do wealthy white women really deserve a place among the oppressed, and do the rest of the oppressed feel comfortable being dragged by feminists into the one tent?

Feminism has relied almost exclusively on the narrative that women were not allowed to vote until 100 years ago, and putting aside that this is not actually true, and that most men couldn’t vote either, how exactly does a woman today even have a lineage back to a woman who couldn’t vote early last century?

The reality is that it doesn’t, and intersectional feminism is just a cynical attempt by white feminists to associate themselves with others who may, for any number of reasons, continue to face systematic oppression.

But just as an academic exercise, the concepts behind intersectional feminism overlook key facts which are just too inconvenient for feminism to acknowledge.

The idea that someone can be oppressed just because of the color of their skin or their gender is just not supported by the facts.

Historically, the British treated the Irish appallingly, as they did with the Boers, and all of them were white.

Over the last century, most of the genocidal atrocities have been perpetrated by people who had the same skin color as those who they have oppressed.

Sexism against men, and outright misandry is also a real thing, but all of that aside, let’s look at the considerations that are noticeably absent from the intersectional feminist wheel of oppression.

As an Australian I can come and go from my own country as I please, I can also arrive in 174 different countries and obtain an entry Visa on arrival, and none of that has anything to do with my gender, because so can my wife and daughter,

However, for most people from Africa, South America, Eastern Europe and Asia, leaving their own country just isn’t possible, even for those who can demonstrate that they are not an overstay risk.

Why does the average person in Haiti only make US$2,000 a year? Borders.

Whether feminism is a socialist movement, or a movement of privileged white women is of little consequence, because both are completely reliant on excluding the poor masses from having access to equality.

Feminism has long argued that the idea of IQ is sexist and racist, because majority of people with extremely high IQs are male.

Irrespective of the method used to measure intelligence, science supports the position that people are born with varying intellectual capacities, and that these capacities are primarily based upon the intelligence of the the child’s parents (intelligence is inherited). 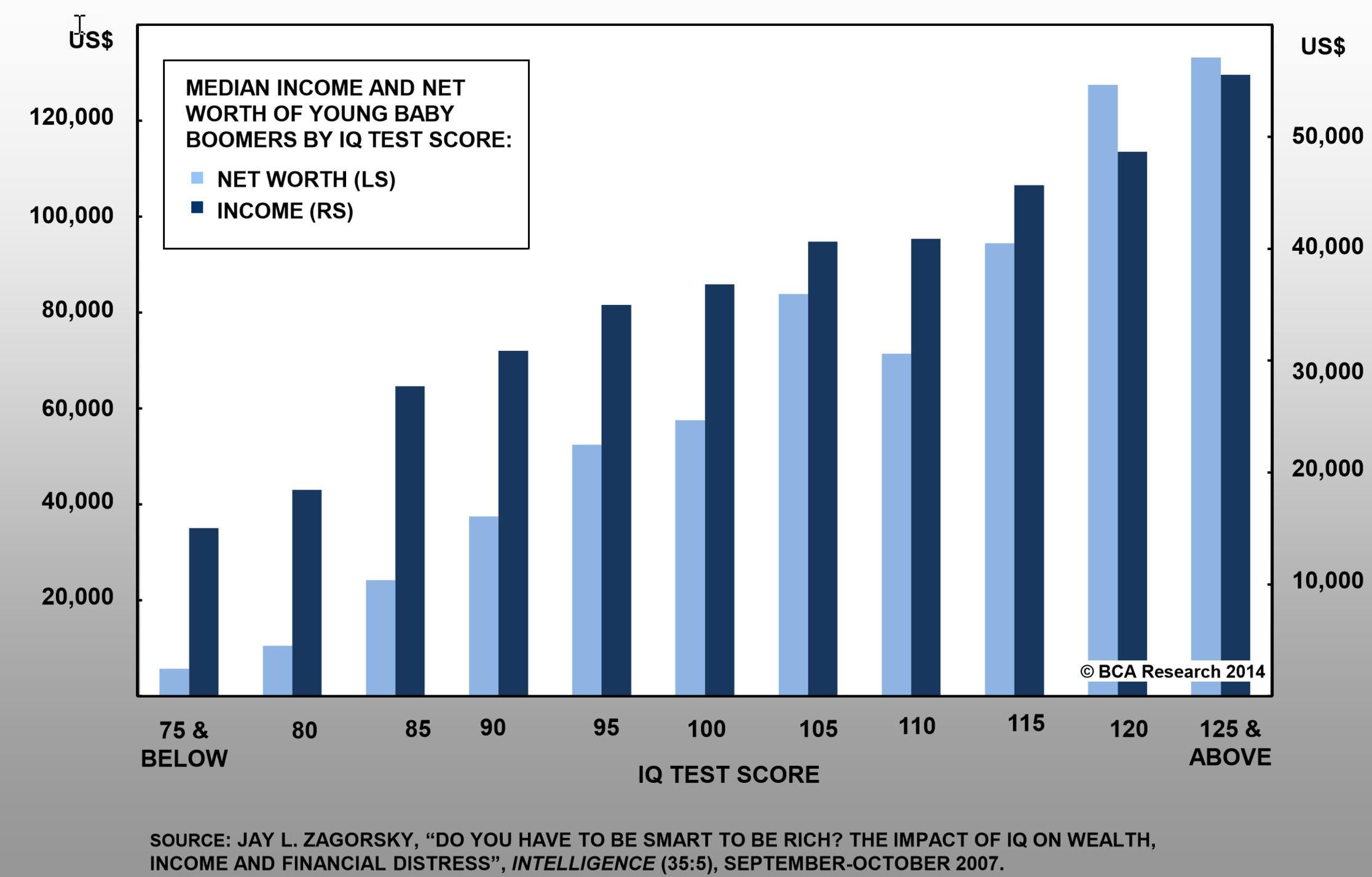 There is a direct statistical correlation between IQ, and one’s ability to earn and to build wealth, and the majority of people with lower IQs are male. 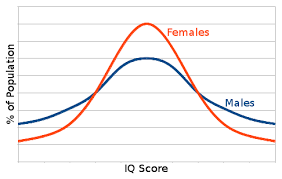 Given that feminists argue that women are oppressed because they earn 20% less than men; applying the same logic, the 10% of the population who have IQs below 80 and earn 40% less than the average wage, are twice as oppressed as women. Two thirds of these oppressed people are male.

Experts are already predicting that 1-in-3 jobs will be replaced by robotics; it will be those with low IQs who will be the be the first to see a robot take their job.

Irrespective of a child’s gender, race or disability, not having a father places children at a significant disadvantage.

The fatherless are 63% of youth suicides, 85% of children with behavioral disorders, 80% of adult rapists, 71% of high school dropouts, 85% of juveniles in prison, 70% of adults in prison and the majority of teenage pregnancies.

That is not to say that if one does not have a father, one is doomed to a life of disadvantage, but from a statistical perspective, being fatherless significantly increases ones chances of experiencing social disadvantage exponentially.

Gladwell wrote about this in his 4th book David and Goliath, while analyzing the failed experiment of mandatory sentencing of criminals; where long term damage is done to society for the short term benefit of permanently removing criminals from the population. 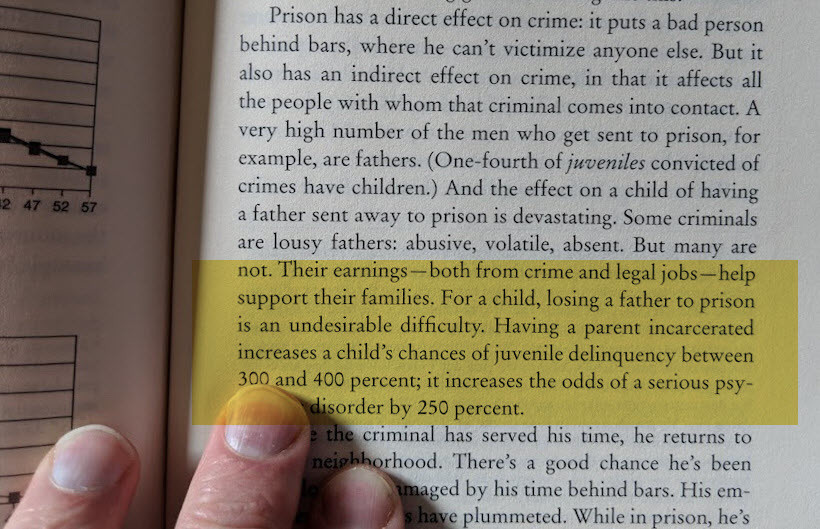 So if the argument is that being non-white or non-CIS creates disadvantage, these statistical levels of disadvantage pale into insignificance when compared with the statistical impact of growing up in a household without a father.

In the last couple of years, DNA testing has become so accessible that for $100, companies like 23andMe can not only provide you with details of your racial history, but also a highly detailed profile of your genetic susceptibility to cancer and other diseases. 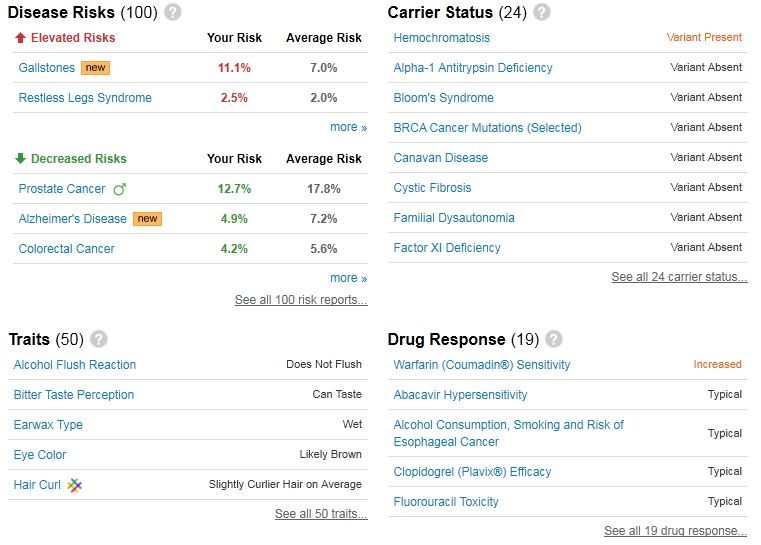 In countries like Saudi Arabia, where it is legal to marry your first cousin, the government already require that couples undergo a genetic test before marriage, to ensure that they are aware of the risks they face in having children.

In the foreseeable future, couples will expect to share their genetic profile before having children together, and this will create an underclass of people who will either be encouraged not to reproduce, or who will have no choice by to reproduce with other people who themselves had genetic problems.

Arguably, this has been occurring for thousands of years, as both men and women preference partners who posses traits that are indicator of good genes (height, intelligence, weight, body shape etc), but DNA testing will take a lot of the guesswork out of selecting an optional mate to have children with.

The things that attract us to other people are often very subtle, and not even conscious, so in a world where people share their DNA results on social media, a person with good DNA will be more attractive than someone with bad DNA.

This subject was explored from another angle in the Man on Fire episode of the Netflix series Black Mirror (which I highly recommend).

So, in the scheme of things, when you take into account the real statistical indicators of how tough one’s life will be, intersections of race, gender, gender identity and sexuality really don’t amount to much; considering the impact of borders, IQ, fatherless, and, in the near future, ones’s genetic strength as a partner and mate.

Given that intersectional feminism is an attempt by feminism to gain mainstream credibility, why would anybody think that it could gain credibility while clearly ignoring the significant factors that are just too inconvenient for it to acknowledge?

I had a really lovely experience today