Editor’s note: This article is also available in Spanish

At an average of 25,000 daily unique visitors (and growing), AVfM is the largest Men’s Rights web site in the world. At this point almost no one can ignore us, even our haters.

So with this sort of large and growing visibility, you may have at times wondered: Is this a “liberal” movement? Is it a “conservative” movement? Well we have always taken a strong nonpartisan stance, because we view virtually all political parties as fundamentally misandrist, some just more overtly than others. We view this movement as about basic civil and human rights, which no political party or ideology has a lock on.

So what kind of audience has this staunchly non-aligned stance brought us? A bunch of angry people who’ve dropped out of the political process and live only on the fringe? Well according to Quantcast, a respected web site demographics site we’ve been using, the answer is just about what I would have thought, although it’s surprising to me just how much so: we’re right in the mainstream of American politics, and way more likely than the average American to vote regularly.

According to Quantcast, we’re not just politically nonpartisan: we are a growing hotbed of voters that politicians may soon have to start taking seriously. Our audience is way more likely to vote than the average American, and so far as politics are concerned, we are overwhelmingly Independent. Among our readers who are partisans, there’s a virtually even split between Democrats and Republicans: 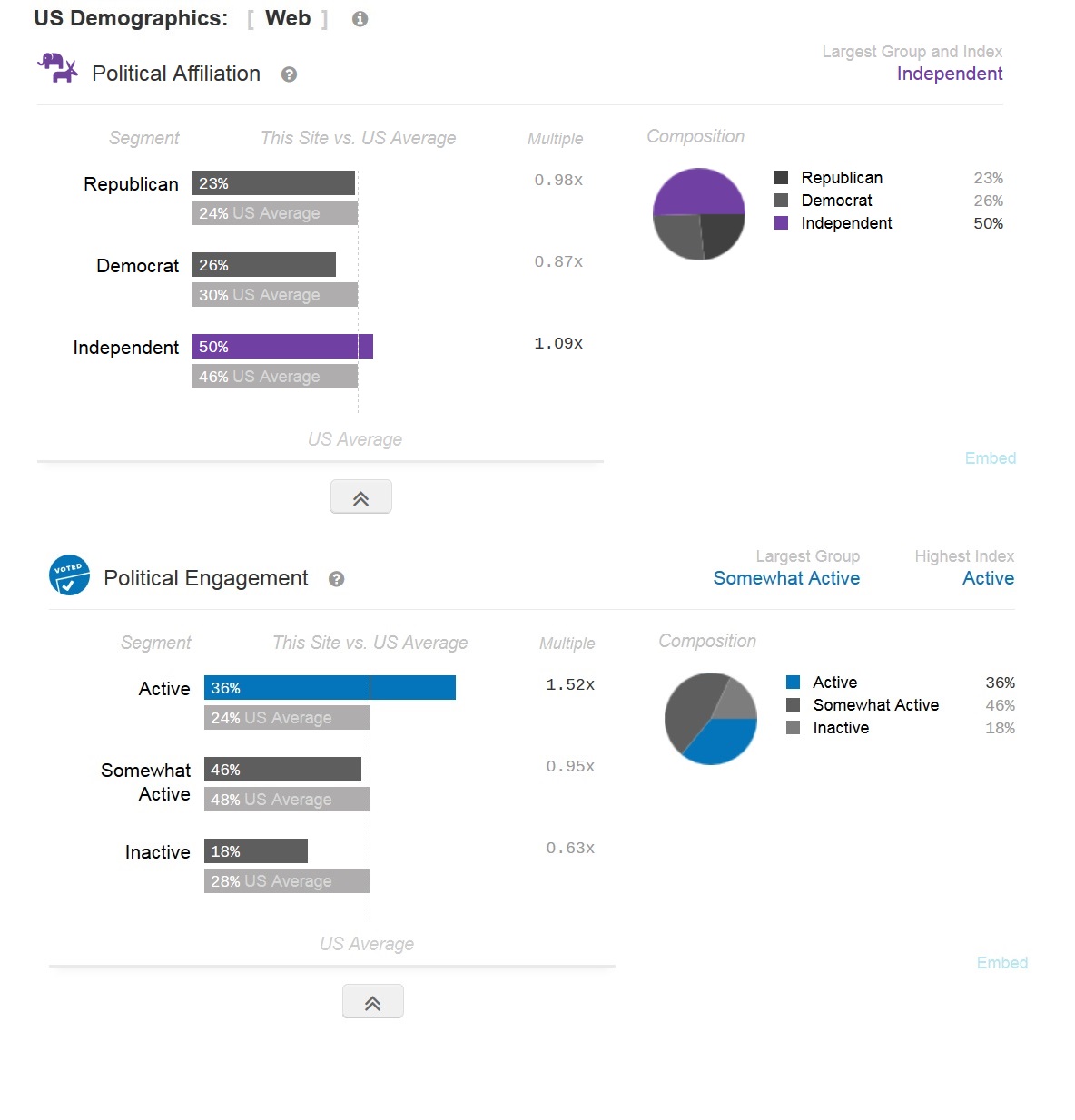 And why do I have a feeling that at least a few of those self-identified Democrats and Republican voters would switch parties for the right candidate?

Note to the Democratic and Republican parties: there’s a growing group of swayable voters interested in men’s and boys’ issues. Are you going to keep ignoring them?

What will the future bring? No one can say. But it’s hard not to suspect that it may be only a few more election cycles before politicians start discussing men’s issues openly, and arguing over the best way to address them. Which, from our perspective, is exactly what we’d like to see.

Tracey Spicer: Sexist, safe and men can be sorry