Orwell wrote in his book The Road to Wigan Pier:

“The truth is that, to many people calling themselves Socialists, revolution does not mean a movement of the masses with which they hope to associate themselves; it means a set of reforms which ‘we’, the clever ones, are going to impose upon ‘them’, the Lower Orders. On the other hand, it would be a mistake to regard the book-trained Socialist as a bloodless creature entirely incapable of emotion. Though seldom giving much evidence of affection for the exploited, he is perfectly capable of displaying hatred—a sort of queer, theoretical, in vacuo hatred—against the exploiters.”

Orwell, like most of the authors we read in high school, had a unique insight into the human condition; an insight that educators once thought was critical to share with young minds.

A simple Google search on the greatest authors of all time shows the gendered reality of literature.

Infinite Monkey Theorem is the idea that an infinite number of monkeys at keyboards will inevitably create the works of Shakespeare if given enough time (and a free typewriter on which to strike keys).

After reading Jennifer Garrison’s opinion piece on Jordan Peterson last week, I was left with the impression that feminists such as Garrison see themselves, and all other women as nothing more than monkeys at a typewriter.

Garrison’s article was poorly written and damaging to women, yet it was published because there is an insatiable appetite for articles that attack male genius, and promote the idea that women are denied a voice; even though it is clearly evident that there is no mainstream market for masculine voices. 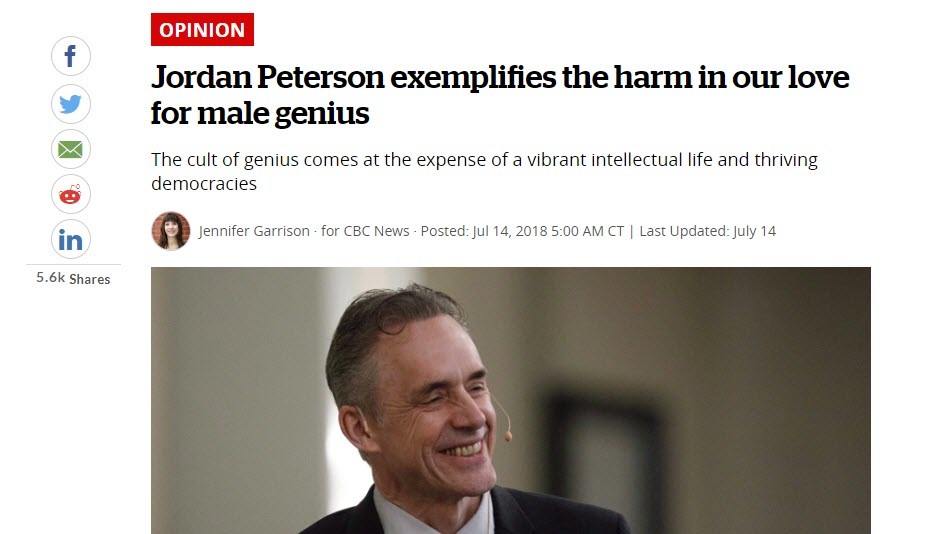 Our obsession with Peterson reveals a larger cultural problem that threatens to cripple our universities: our adoration of the individual masculine genius.”

Long before Peterson hit the mainstream, women like Karen Straughan had been presenting much the same message, and in a far more accessible way.

She is every bit as brilliant as Peterson, yet works under an alias because the attacks against women who break away from the identity politics of feminism are far more vicious, and dangerous.

Had the media taken the same interest in Straughan that they took in Peterson, it is Straughan who would be selling out concert venues around the world right now.

I sat with my wife and my son to watch Peterson walk the stage in a sold out Denver auditorium, and to be honest, I think Straughan would have done a much better job.

But in a market that is so tightly controlled, you can only buy the tickets that are on sale, and I’ll still pay to expose my kids to a diversity of thought.

Feminists are angry because in the matter of a year, Peterson has swept away a decade of feminist narrative, and there are literally no feminists in the world who are capable of standing up on a stage to present a coherent, well reasoned counter-position.

There are women who continue to identify as feminists; women such as Camille Paglia who I would gladly take my family to see, but the media ignore these women because they are more critical of feminism than the average anti-feminist, so they are denied a voice.

We read Orwell, Bradbury, Shakespeare and Lee in schools because each of their books teaches us a valuable lesson about the human condition.

We study Harper Lee in schools because she wrote a book about a black man falsely accused of rape, and defended by a man who stood for justice.

In years gone by, feminists have fought to build a case that Harper Lee was a feminist, even though she never once identified with the movement, but today they fight to have her book removed from school reading lists because it tells the uncomfortable truth about how rape allegations can used to oppress, silence and eliminate men.

Feminists are willing to throw one of the few female authors under the bus, leaving nothing but male authors behind, just to erase the inconvenient truth of the last #MeToo movement from history.

We now live on a planet of 8 Billion souls, all competing to be heard, and in such a marketplace, the harsh reality is that there will be even more geniuses who go unrecognized.

In such a marketplace, the recognition of female genius is even more unlikely, especially while feminists champion female mediocrity. 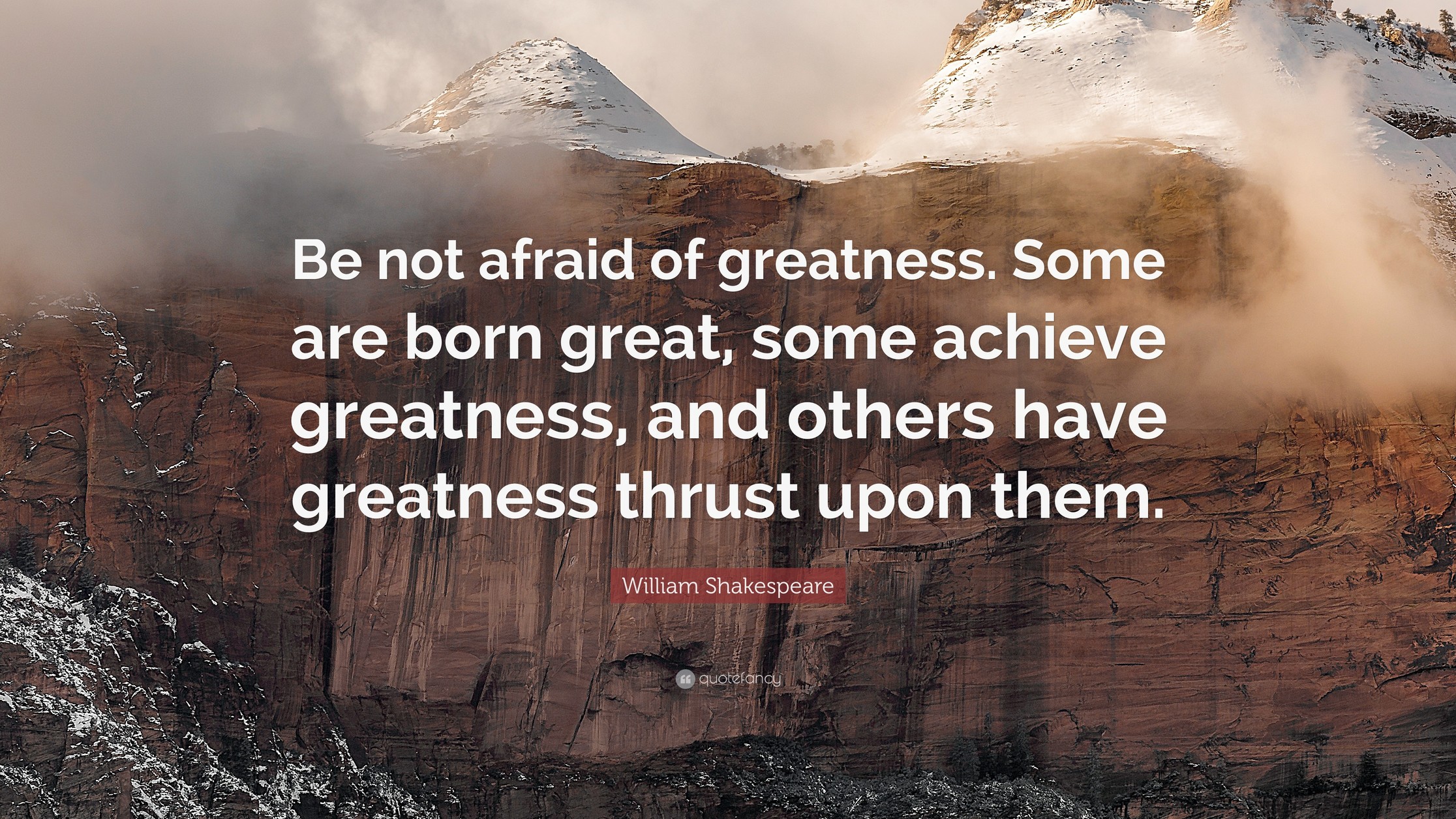 The idea that academia and democracy thrive when mediocrity is championed will inevitably be the end of both institutions, and the evidence that women would be willing to compromise both, in return for being anointed as the elite, is exactly the phenomenon that Orwell is seen as a genius for identifying.

We all benefit from the works of Shakespeare and Orwell, and to argue that we should elevate mediocrity to genius in the interests of gender equality deprives both men and women.