What do A Voice for Men’s readers look like racially/ethnically?

You may remember we recently obtained professional statistics on what A Voice for Men’s readership looks like politically, at least within the United States. We look like the typical American, with a slightly higher-than-average rate of independents and a much higher rate of political participation than average. We’re liberals, we’re conservatives, we’re libertarians, we’re nonpartisan–I guess those who want to pigeonhole us lose.

And so we got some other statistics, and those who hate us turn out to be wrong again: 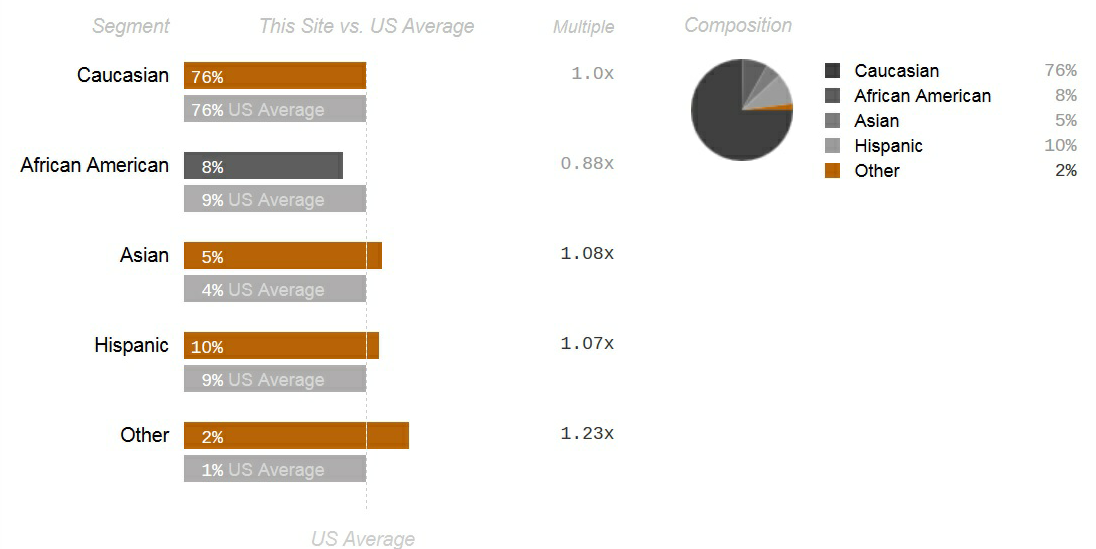 Uh-oh. Another stereotype bites the dust. We also look pretty much–like America! All racial groups are represented proportionally. Of internet users, we have very slight underrepresentation of blacks (8% instead of 9%) and slight overrepresentation of Asians and Hispanics, but all of it within the margin of error.

In short, Men’s Human Rights Activists look like average ordinary typical everyday people–with genuine diversity, as opposed to the faux “diversity” based on ideological bigotry preached by feminists and other Social Justice Warriors (whom we notice tend to be overwhelmingly privileged white women and their white knight enablers).

Why do I think no feminist web site can match this sort of ethnic as well as political diversity? And why do I think none of our detractors will bother acknowledging this reality, or apologizing for their racist, sexist, bigoted stereotyping?

We don’t have the resources right now to get full statistics for outside the United States, but we wanted everyone to see that photo of our brothers in India, AVfM Indian News Director Anil Kumar’s SIFF organization, using AVfM’s well-known slogan, “Men’s Rights Are Human Rights.” India makes up a growing percentage of our readership, and we are strongly considering opening a Hindi language edition of AVfM to go along with our Spanish, Italian, Romanian, Hebrew, Farsi, Swedish, and other language editions. So while our stats can only measure these things for American visitors right now, we want those reading this to know: this is an international movement of men and women of all races, creeds, and colors–a genuine coalition of decent people who care about one thing: the human and civil rights and well-being of all boys and men, around the world.

You want diversity? A Voice for Men is diversity, people.