With the anticipated release of the The Red Pill documentary, it’s a good time to reflect on the early days of this website and to cast some light on what the Red Pill phrase meant – and still means – to a growing audience of people concerned with the welfare of men and boys. 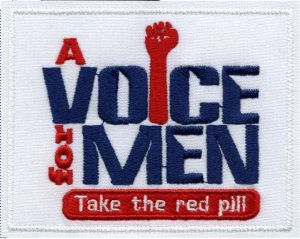 AVFM employed ‘Take The Red Pill’ as its first logo tagline in 2009, and continued using it as a subtitle for AVFM Radio in 2011. The red pill has since become a leitmotif throughout the genre of men’s human rights advocacy. Before looking at how the phrase spread and took on alternative meanings, let’s begin with a trip down memory lane with a few early mentions at AVfM, starting with this by Paul Elam in April 2010:

Underlying the platforms and politics of the Men’s Rights Movement is an unspoken mission to serve as a lifeline to this lost generation of our brothers. More than anything else, it is the job of men who understand, who have taken the red pill and seen through the Matrix, to push a meaningful archetype of manhood into the collective consciousness; to push it past the feminist censors and their obsequious male henchmen; to be willing, in fact, to roll over them in the process.

The only real question is what that manhood should look like. And that, just as with the lost men of this generation, brings us to a crossroads as well.

I have written recently about what it means to be an MRA; how we must abandon reflexive chivalry and blind reverence for traditionalism; how we should dispense with party politics and move past internal divisions to further the cause of men and boys. That task, as important as it is, is just a preamble to this one. Because the real point of all of this is not what we do so much as activists, but that in doing so we define and exemplify what we aspire to as men.1

In this pithy excerpt much of the men’s rights movement’s conceptualization of ‘taking the red pill’ is laid out. Here, and in the longer article from which it came, we see the rejection of traditionalist models of so-called manhood – of chivalric knights saving damsels, and of suffocating categories like ‘Alpha’ and ‘Beta’ – and a concern that men enjoy the freedom to go their own way, ideally with the blessing of a society that no longer strives to hold them to constrictive roles.

In a 2011 article Elam added that the red pill included freedom from traditional notions of gaining sexual approval, or sexual conquest in the spirit of antique pick-up artists like Casanova who seek sexual validation from as many women as possible:

if you can even imagine the possibility that you are worth more than investing your life, your money and your heart in begging for pussy, then stay right here at A Voice for Men. Take the red pill and start learning about life outside the bonds of tying up everything you are in female approval.2

Ironically, a subreddit page championing precisely that pick-up artistry and seduction strategy appeared in late 2013 and took to itself the title The Red Pill – a site whose goals most in the men’s rights movement have rejected as retrograde gynocentrism. Needless to say the subreddit’s use of the red pill metaphor is unrelated to the way we use it here, and pickup artistry is not the focus of the upcoming Red Pill documentary about the men’s human rights movement.

For the record, the red pill metaphor was occasionally used prior to its appearance at A Voice for Men, including at the Men’s Rights site The Spearhead, as well as in non-MRA contexts. It is currently used in a variety of unrelated settings, from politics, to religion, sport, finance, knowledge, and yes pick-up artistry.

Wikipedia clarifies that the red pill and its opposite, the blue pill, are popular culture symbols representing the choice between embracing the sometimes painful truth of reality (red pill) and the blissful ignorance of illusion (blue pill).

The terms are derived from the 1999 film The Matrix. In the film, the main character Neo is offered the choice between a red pill and a blue pill. The blue pill would allow him to remain in the fabricated reality of the Matrix, therefore living the “ignorance of illusion”, while the red pill would lead to living the “truth of reality” even though it is a harsher, more difficult life.3

While not the first to use the term, AVfM is a place where it first got legs in reference to understanding men’s issues – ie. we “take the red pill” when we reject negative press about the male sex and take a closer, more empathetic and honest look at men’s experiences. It involves an awakening of compassion, and an awakening to non-gynocentric forms of masculinity, ones based on a greater and better range of choices.4

That, in a nutshell, is the essence of the red pill: fostering greater compassion, and non-gynocentric life options for men and boys. For readers wanting to explore these topics further, the following selection of websites offer high quality ‘redpill’ content.