MGTOW: know them by their words

MGTOW narratives are focussed on positive commitments such as celibacy, casual sex, friendship, lifestyle simplification, financial goals or something other; or on negation – on elaborating what they are fighting against – such as gynocentrism proper or on a more narrowly defined target such as feminism, MRAs, government, etc.

This article fleshes out three MGTOW groups based the dominant issues they negate – on the “enemy” they most like to talk about. Curiously, some of the primary objects of MGTOW hatred are not gynocentrism in its broadest sense, but one or another sub-element of the gynocentric matrix.

Some discussion forums devoted to MGTOW attempt to classify it according to “levels” and other ideological pigeon holes; that’s not what I intend to do here. I want to leave that kind of classifying, of Alphas and Betas, and of levels, well alone. Instead, I’d like to suggest three MGTOW groups based on the dominant language they use. Call it a phenomenological classification of MGTOW speech. The first of these groups is the broadest: Anti-gynocentrism MGTOW

The focus of MRAs and MGTOW on anti-gynocentrism means they are in lock-step on the nature of the problem, and while the MRM has literally hundreds of ways of responding to gynocentrism, MGTOW is one of the important ones; it is a men’s right to self-determine in defiance to gynocentric servitude, and a men’s issue worth promoting. 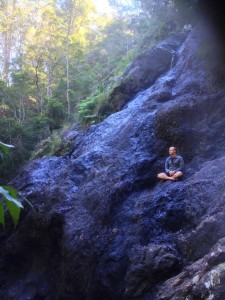 The speech of the anti-gynocentrism MGTOW revolves around precisely that – discussion of the myriad cultural, biological and historical roots of gynocentrism, along with examples of it in everyday life, and ultimately a rejection of it all. This is the kind of ‘MGTOW speech’ you would be most likely to witness at A Voice for Men and in the wider MRM – although it should be noted that not all in the MRM identify as MGTOW.

Elaboration of gynocentrism, and particularly anti-gynocentrism, emerged most strongly out of the MRM. Adam Kostakis, for instance, a dedicated MRA, wrote the landmark Gynocentrism Theory Lectures which inspired many, including my own humble attempts at Gynocentrism.com. My experience at A Voice for Men is that the majority who write articles or post on the site are declared anti-gynocentrists, not antifeminists alone.

The speech of the second group is dominated almost exclusively by reference to men’s rights activists, or to A Voice for Men supporters (largest men’s rights platform in the world), consisting almost entirely of finding real or imagined flaws in MRA ideology. Their main soapbox is YouTube.

Most of them will frame their discussions as “against” MRAs and AVfM. While some in this group attempt restraint, saying, “I regret having to touch on the subject of MRAs again, but will do so and move on,” they nevertheless return to the subject in a few days saying, “I said I wasn’t going to touch on this gentlemen but I want to talk about MRAs again.” And the talk about MRAs, or AVfM, goes on, and on… their primary “MGTOW” narrative.

Anti-MRA MGTOW claim that all who participate in the men’s rights movement are not, indeed cannot, be MGTOW — that male self-determination, MGTOW, can never be approached within the purview of a men’s rights focus. They contend that men cannot subscribe to multiple initiatives and must choose to stay “in their lane” bereft of any claim to self-determination. You can be MGTOW or MRA but you cannot be both, they say. It sometimes makes wild claims suggesting AVFM/MRA are a government-run secret agency tasked with restoring marriage to the planet; this lunacy has earned them to title pigTOW due to their ideological piggery and dishonesty.

It should be mentioned here that a significant number of the anti-MRA MGTOW have been ejected from participation in the wider MRM for trolling, violence advocacy, mean-girling, and other behaviors. That disenfranchisement is unmistakably fuelling some of their angst – a rendering pain they have been successful in recruiting others to share with them.

This behavior amounts to a usurpation of the MGTOW brand for the sake of retaliation; It’s not enough to simply kill MRAs in one’s mind, over and over; they need to go even further and defile the MRA-corpse as did the Greek Achilles to the lifeless body of Hector. The hate has no foreseeable end. While free speech is welcomed, one might legitimately wonder if this group would be better off calling themselves anti-MRAs, rather than MGTOW proper.

Much like the obsession of the above anti-MRA group, the third group emphasises one issue –feminism– over the wider category gynocentrism. Feminists are the problem. Are the sub interests of anti-MRA and anti-feminist any less myopic than each other? Not really.

The anti-feminist MGTOW are best exemplified by a 2004 group of MRAs who urged that women be “instilled” with traditional femininity and nurture, and that men be “instilled” with masculine virtues. Needless to say, these recommendations fall flat with most who self-label as MGTOW, and many would argue, myself included, that such traditional-gynocentric precepts are at odds with male self-determination.

Where we disagree with both the anti-feminist MGTOW and the anti-MRA MGTOW is that traditional gynocentrism and marriage are not advocated for by most in the MRM, and AVfM.

When I listen to, or read MGTOW monologues, the emphasis on one of these three categories is usually obvious. When you are talking with any self-described MGTOW, listen very closely to the things they most emphasize, for the old adage is true that What a man speaketh, so he is or You will know them by their words. Ideological categorization of people is airy and abstract, but phenomenology of speech, the words people speak, is immediate proof.

It’s important to reiterate that the above classifications are based on what MGTOW most virulently reject, but for most who identify as MGTOW the discussion does not stop at being anti, or veto, but includes positive goals about how to cultivate non-gynocentric lives and relationships.

Sweden, where man-beating is sport!