White Ribbon Canada cashes in on the suffering of children

We have spent the last two days in full swing exposing the lies, corruption, and profiteering that are an ongoing part of White Ribbon Australia.

We have discovered that half of their $2M+ income is lining the pockets of a very small group of promotion hucksters and that exactly zero $ are going into the provision of services for victims of domestic violence.

During our information campaign, we have also alluded several times to the fact that a similar—no, identical—situation is happening in Canada.

Canada is one of the world’s leading strongholds for feminist ideology, which is to say it is a world-leading stronghold for corruption and avarice that rakes in cash in the name of ending violence while doing precisely the opposite of that.

Even as that nation pretends to seek an end to violence (but only that which occurs against women), it actually promotes violence against men and children who have no one to defend them from the abuses of violent mothers and wives. It is engaged in an active campaign to hide the horrors of those abusive mothers from public view so it can make more money.

A great deal of the enabling of the abuse of Canadian children is done through the White Ribbon Foundation. White Ribbon is an organization known to promote lies about the nature, incidence, and consequences of family violence so that it can conduct fundraising efforts by promoting a debunked and discredited gendered model of the problem.

And, just as we have found in Australia, its record of public accounting reveals that White Ribbon Canada is nothing more than a racket, collecting and pocketing large sums of money while actually providing no services whatsoever to victims of violence in the home. 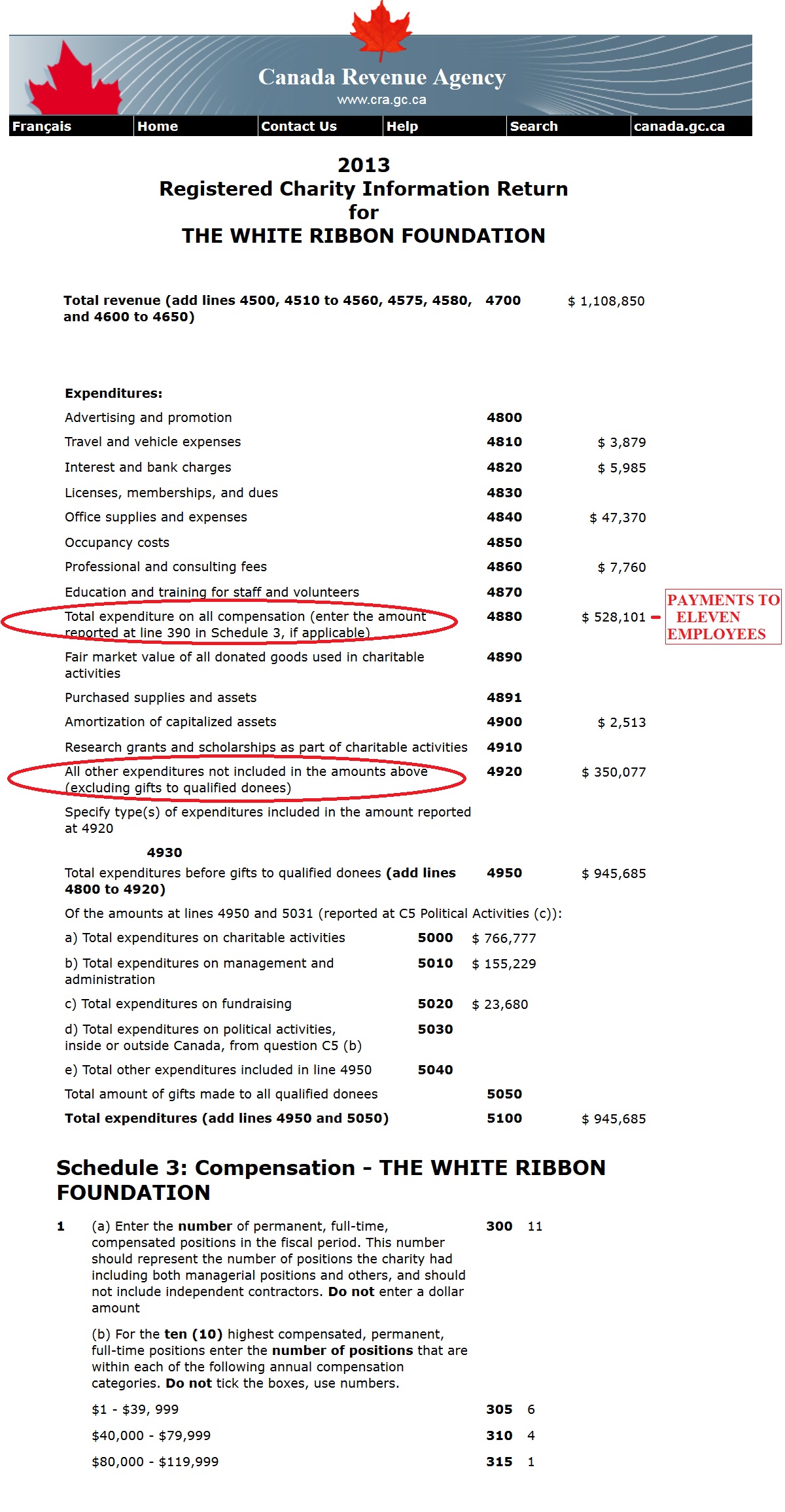 According to Canadian law, a charitable institution may not pay out more than 50% of gross revenue in the form of salaries and benefits. As you can see by the numbers in this report, the Canadians skated in just within the limits of the law. They even had close to 50k to spare before crossing the legal line. Expect to see this oversight corrected in the next financial statement, which we will be publishing on this date one year from now.

While White Ribbon Canada meets the “legal” requirements on how much of their fundraising they can stuff into the pockets of 11 employees, they do share some other common attributes with their Australian counterparts.

One, they are raising money with lies that result in child abuse and other forms of violence in the home going ignored. And two, they are using the academic fraud of intimate partner violence (IPV) as a gendered issue to get the job done.

They are manipulating and exploiting the basic decency of the Canadian people with false information in order to elicit their financial assistance in operating a scam. And they are willfully demonizing men in the process. 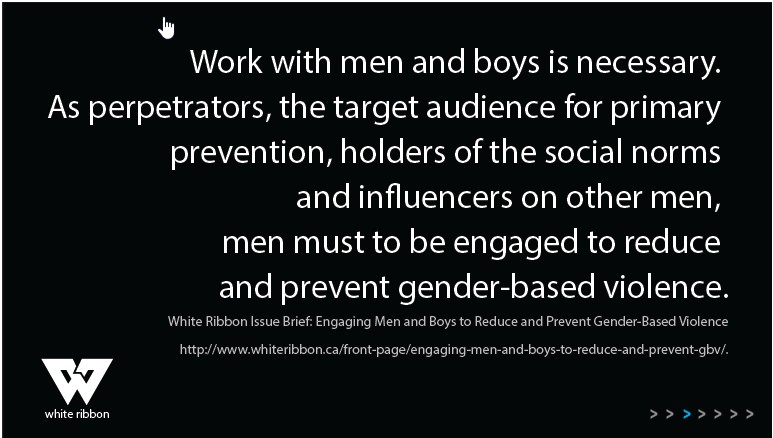 It may be time for Canada to consider a new name. Flimflamistan comes to mind, though I am not too sure being cutesy with the verbiage is the right message. White Ribbon Canada is a vile plague of deceit that intentionally leaves children who are horrifically abused by their mothers in the lurch.

AVfM investigators will be compiling dossiers in the upcoming year on all individuals profiting from White Ribbon Campaigns across the globe and will be using the information to run featured articles on their activities. We will be starting our campaign of correction a month early to ensure that our global readers have full awareness of who is involved and making money from this nefarious bilking of sympathy money across the Western world, just as we will be exposing White Ribbon’s plans to expand operations into several countries worldwide.

By this time next year, you will not only know the complete details of the lies they are telling, but you will also have personal portfolios on the liars themselves.

The frauds will become household names, but not in the ways they have ever expected.

Why depressed men are dying for someone to talk to

Sweden, where man-beating is sport!

Female Privilege on the Titanic