Feminists often chatter about ‘Patriarchy’ as if it is an indisputable fact of life. Rarely do they acknowledge anything to the contrary. It can be time-consuming and difficult to put together a factual, adequately sourced, eloquent argument, especially since it’s so blatantly obvious to anyone with common sense, and your arguments will likely be cherry picked, ignored, or blocked. So this article is essentially a handy guide to disproving patriarchy, very quickly.

Patriarchy is defined as a system in which all of the societal power is held by men as a class, and is used to oppress women as a class.

This is an interesting theory, but does not hold up to any real scrutiny or critical thinking.

For the purposes of quick dismantling, I will split societal power into four areas, or spheres.

The spheres are social, political, economic, and educational. The group which controls the majority of these spheres is the group with the power. Feminists claim that the group with control is men. Let’s see how that holds up to some critical thinking. Hint: Not well.

Second, Political. In the political sphere, women still have more power. Women are the majority of the electorate in the majority of states. In a democratic system, the will of the majority is the will that is enforced as law. Therefore, women as a class have more political power than men as a class. Just because women don’t choose to use this power to elect other women does not mean they do not have the power. If every woman in America wanted a female president, there would be a female president. If every man in America wanted a male president, there would not be a male president. In the UK, where Parliamentary Sovereignty and a lack of a codified constitution allow any law to be made, even ones which contravene basic human rights, women could literally institute any law they wanted as long as they all agreed upon it.

Thirdly, moving onto the Economic sphere. Despite producing and being responsible for the existence of less than 50% of the US’ GDP (Gross Domestic Product), an estimated 63% of it is controlled by women. Yes, women control over half of the US’ GDP, despite not producing even half of it. That means that they control not only their own money but some of men’s money, too.

Finally the Social sphere. More difficult to quantify, but just as easy to understand. All throughout society there are obligations for men that place power in female hands. The obligation of chivalry, carrying with it protection, financial support, emotional support and submission to a female whim. The obligation of instigating a relationship, placing all risk of rejection on male shoulders. The obligation of trust, meaning that men feel forced to believe women in the face of all evidence. This, combined with the undeniable fact that issues affecting men are given less support than those affecting women, such as domestic abuse, rape, alimony or any number of other things, shows a lack of male power.

Now, the Social sphere is the only one which I can see being contested, as it cannot be factually quantified, but even if the social sphere were male controlled, that would still be 3 spheres under female control, a majority. Thus meaning: women would still have the majority of control in society.

So no, we don’t live in a patriarchy.

One final point would be that just because women have this power does not mean they all exercise it, as we can see clearly in the world. Just because women can vote women in, does not mean they do, for example. But power is not dependent on use, simply possibility of use. Even if women all sat in the home as housewives voting for men and never exercising any of these powers, they would still have the power. 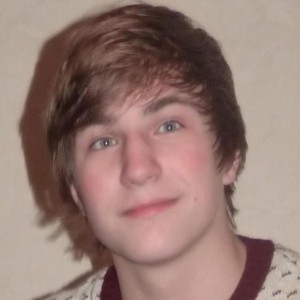