“Boys will be boys” – Everyone is familiar with that old saying when describing boys and their tendency to display rough and tumble or aggressive behavior. It’s also said when implying that it’s not surprising when boys or men behave in a noisy, rude, irresponsible, or unpleasant way.

Let us assume, just for the sake of this discussion, that male tendencies toward aggression are a negative, rather than a long standing necessity for species survival without which humanity would have been a dead end biological experiment. Many people have asserted that genetics have had a large part to play in a boy’s testosterone levels, which is primarily blamed for their tendency to display more aggression and dominance than girls.

But what would happen if it were revealed that it was not actually genetics, but rather mom’s behavior that contributed to their boy’s testosterone fueled propensity toward aggression and dominance?

I can already hear heads exploding over in the feminist camp where they have long claimed that it’s the fault of boys and men for their own aggression and domineering behavior. If women were in complete control of the world, men would be kinder, gentler, and less aggressive.

Feminist Carol Gilligan is a well-known example. She insists that boys need to be protected from “the culture” – a culture in which “manhood valorizes war and the economy of capitalism, a culture that desensitizes boys and, by submerging their humanity, is the root cause of out-of-control and out-of-touch behavior and is the ultimate source of war and other violence committed by men.”

Of course none of her claims are ever backed up by any scientifically verifiable or empirical data, but now new scientific data shows that such feminist “theories” are complete crap.

An  article by the University of Montreal details “studies in human and animal models for over the past 50 years [that] have confirmed an association between aggression, dominance and testosterone in adolescence.”

“The question is, when does that association start?” This was the question posed by Dr. Richard E. Tremblay, whose research team looked at newborn babies of both sexes.

Testosterone is a key hormone for the development of male reproductive organs, and it is also associated with behavioral traits, such as sexual behavior and aggression. – Our study is the largest to be undertaken with newborns, and our results contrast with the findings gained by scientists working with adolescents and adults, indicating that testosterone levels are inherited.

Dr. Tremblay explained that “if testosterone levels are genetically determined, then the identical twins would be more alike than the fraternal twins.”

The findings from the study were presented in an article published in Psychoneuroendocrinology on May 7, 2012.

Tremblay indicated that “the study was not designed to specifically identify these environmental factors, which could include a variety of environmental conditions, such as maternal diet, maternal smoking, breastfeeding and parent-child interactions – Because our study suggests that testosterone levels in infants are determined by the circumstances in which the child develops before and after birth, further studies will be needed to find out exactly what these influencing factors are and to what extent they change from birth to puberty.”

“Not that researchers are blaming mothers,” Dr. Tremblay said, “but it is a fact of nature that a child’s early environment (pregnancy and after birth) is closely related to maternal behavior.”

Feminists are not going to like the results of this research at all. It proves that a boy’s testosterone levels, which are said to be associated with aggression, sexual behavior, and dominance is not inherited genetically, but rather determined by environmental factors, mostly early environmental factors which the child experiences in relation to its mother both before and after birth. 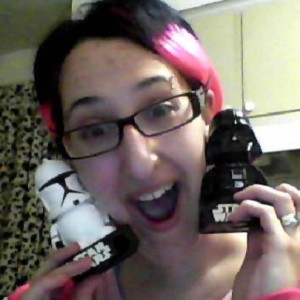