I was recently interviewed in a CNN piece covering the continued controversy over sex addiction, and I noticed something: everyone interviewed in the article is white. Not just white, but educated, and middle class or above. Why is that? Increasingly, panels of experts are expected to represent the diversity of our country, but most publications discussing sex addiction solely include expert opinions from white professionals. I’m not blaming the media for this lack of diversity – I think it’s hard to find people of color in this debate. And I think that says something. I’m just not sure what.

As a long critic of the sex addiction industry, I’ve gotten to know most of the folks in this field, on both sides. The field is dominated by white professionals. Most are white males. There are some gay men both arguing for and against sex addiction, but very few, if any, lesbian women in the field. Perhaps this is because the debate about sex addiction is overwhelmingly focused on male sexuality, given that 90-95% of alleged sex addicts are male. In the paraprofessional side of sex addiction, the online bloggers and activists who promote the ideas of porn addiction are also consistently white males, typically of middle class or above.

Around 40% of the US workforce is made up of people of color, and around 25% of the medical/doctoral field is filled by a diverse population. The field of psychology and mental health is somewhat less diverse, where around 16% of psychologists are not white. No data exists to my knowledge, regarding the ethnic makeup of the sex addiction industry, though one African-American therapist has written about her rather negative experiences in the sex addiction industry, She is one of very few people of color working in sex therapy or in sex addiction treatment and is involved with an association for black sexologists, to bring greater attention to the lack of diversity. While training in sex addiction therapy, she was told “Black people don’t come to [sex addiction] treatment.” 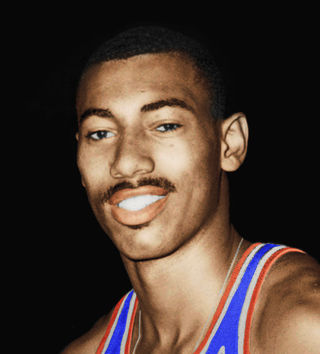 Data published by Rory Reid of UCLA found that in a representative sample of people in sex addiction treatment, 92% were white. Around 40% of the US population is people of color, including Hispanics. It raises real questions as to why whites are disproportionately represented in sex addiction treatment. I work extensively with people in poverty, dealing with homelessness, drug and alcohol problems, and chronic mental illness. In our country, persons of color experience disproportionate impacts of these issues. I commonly see people who have lost their homes, careers and families due to medical conditions, mental health issues, and the related financial impacts. In my career, I’ve never seen a single homeless person who blamed sexual addiction for their homelessness, nor have I ever seen a homeless person complain of sex addiction or receive sex addiction treatment, though most have extensive histories of treatment for drug, alcohol or mental health issues.  Why would these sexual problems be different from other behavioral health issues, and also not exist at a higher rate in minority populations?

In that same study, 75% of sex addicts make over $50,000 a year. For comparison, the US median household income is around $51,000. So, 75% of these sex addicts make more than half the families in the US. According to the US Census Bureau, only around 9.5% of men in the US make over $100,000 a year. But surprisingly, 40% of men in sex addiction treatment annually bring home a six figure salary. Based upon these data, we cannot assume that sex addiction is a problem relevant to the general population, but may be limited to a very narrow slice of demographics, weighted towards the wealthiest, whitest and most conservative people in our country.

“For years, Rob Lowe had a sex addiction. But he cured it by getting less famous.” David Spade

Why does this diversity problem exist, and what does it mean? Here are just a few potential issues involved:

The American Association of Sexuality Educators, Counselors and Therapists recently issued a position statement on sex addiction, indicating that they believe the sex addiction treatment model is harmful, inadequately informed by information on sexual health, and insufficiently supported by scientific research. I would add to their position that there are significant concerns of potential cultural or racial bias, stigma or privilege raised by evidence that sex addiction is disproportionately diagnosed and treated in a specific demographic and racial category.

The etiology, or course, of the problems commonly called sex addiction at this point appear inextricably linked to issues of culture, gender, race, religion, morality and sexual experiences. In order to best assist and understand why this specific, narrow group of people are being treated for such sexual problems, proponents of sex addiction treatment have an ethical obligation to explain why their model is so prevalent in wealthy, white Americans. If research suggests that the lack of diversity on sex addiction treatment is an issue of financial access to treatment, then sex addiction therapists should fulfill their commitment to the public good by working harder to make their treatment more widely available to those of lesser means.

In the United States, African-Americans constitute nearly half of the prison population. This is one of the most startling and clear indications of gross racial disparity in our society. The fact that sex addiction is diagnosed and treated in an overwhelmingly white population reflects an equally gross racial disparity. The reasons behind this disparity deserve explanation.