Society is a nice idea. People gather to service a common goal: survival; throw in some basic rules for cohesiveness; and, boom, society.

Something occurred to me these last couple days, though, part of an ongoing neural itch I’ve been scratching at obsessively for months now: too many people on both sides of the debate have been making poor conceptions of primitive livelihood. I may get into that deeper at a later date because it’s one thing for feminists to screw it all up, but it’s utterly shameful for the MRAs to get it wrong, and I’m running out of skull to scratch at. But for now, I’ll share my epiphany on niceness.

Niceness isn’t favored by either gender—not because it’s inherently flawed as a psychological evolution but simply because nobody really understands niceness. Not understanding something leads to distrust of that something. We like to think we understand niceness, but because it started out as a necessary societal dictation, we still think of niceness in those terms.

We don’t question the phrase “Be nice to your family/friends/community” when our parents are grilling into us as children, usually because there’s usually a reddened hand involved. We are expected to nod and smile at community members when they are being clusterfucks because niceness is societal cohesion.

So let’s harken back to the days of necessary cohesion. I’m of Canadian Native descent, and there are noticeable holdovers of my branch of peoples that help me put two and two together: men scatter and women gather (like I said above, I’ll get into that later).

“Niceness” isn’t a trait men need to exist, subsist, or pass on. So if we have it, we have it; if we don’t, we don’t. It’s just that simple. We have our band of brothers in which we wrestle one another into dominance or submission, and everyone finds a niche in which they excel; so even the lowly “nice guy” can earn respect, as long as he knows his place (which means, Don’t glower at the future alpha chief). Men respect capability, competence, and “caveman” communication: the most direct route from idea to implementation earns the most respect. Niceness need not apply—yet men have it, and we have it in spades. What I find funny is that the dork and the bully can be the best of friends when they are together on their own; and I think that has more to do with prehistoric scouting than it does with a burgeoning society (which would include mating rituals).

On the other hand, “niceness” is a trait women had to invest countless hours into cultivating. Whereas men scattered during the daily activities, women gathered, together, to gather … get it? Whatever task you can think of, women did it in groups, all day, everyday. Niceness would have been quickly honed in order to tolerate one another and keep the group as a whole from falling apart at the seams. When every uterus meant survival, giving reason to be banished was not high on the list of things to do; and when every uterus mattered, tolerating even the shittiest uterus’s attitude mattered. So niceness here was a matter of mutual survival, not an inherent trait to pass on genetically (and damn those double Xs for backing each other up, preventing mutation).

I’ve been on the receiving end of distrust from both men and women; I actually had to hone a certain level of meanness purely for social survival. I’ve learned that apologies are meaningless and that niceness is still seen as little more than a facade and will be claimed at you by mean people.

So imagine the conundrum of the actual “nice” person attempting to wade through the dating pool, which is filled with nicely smiling sharks and crocodiles.

My wife went to an all-girls Catholic high school. She says that girls are mean and nasty and cruel—and all smiles. They’re cagey, shifty, and devious; and in order to survive, you had to form cliques, usually of girls you hated anyway, just to avoid being hated yourself. Catholic … girls … no boys.

So when women express their vicious distrust of the “nice guy,” I think they’re actually being honest. I don’t think they understand the difference between an asshole wearing a “nice” mask and genuine niceness. I remember reading somewhere that we are the descendants of 80% of women in history but only 40% of men in history. If men develop mutations to pass on, and women get to choose which mutations survive the test of time, then it’s obvious that niceness isn’t a desirable trait but rather a necessary evil to be tolerated (and/or used and abused) lest one be cast to the wilderness of the real wolves.

I don’t think it’s fair for “nice” people to constantly have to “prove” their niceness; that’s a morally bankrupt notion from an entitled high ground. I think it’s best to just start banishing bad behavior from your environment. The hardest part about recognizing crappy attitudes in women is that they usually come with a dazzlingly nice smile. And nice guys are—well, like most guys—they’re just plain stupid; and banishing bitchy-behaving, aesthetically appealing, sweet-smelling mating material isn’t high on their list of things to do.

It took me years to decipher poisoned people for what they were. And the prettier the package, the harder it was to recognize the poison. I can’t explain poison; I can only point out an example and hope you don’t try to stick your dick in it.

Niceness isn’t a desirable trait; it’s an inspirational ideal or a distrusted mask of appeal. And that’s sad because women bend society; men just maintain what works. If cruelty with a veneer of kindness is what gets laid, stay away from women who are fucking assholes … who are fucking assholes. You can’t save sacred sanctimonious sluts sacrificing sultry sins so sexual sophistry succeeds. Just … stay away from them. 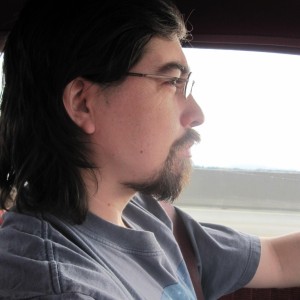