Yes I know: what would I, a female, know about the myriad factors that go into a male decision to Go His Own Way, or a male orientating his life to minimise or lessen, if not outright avoid, any engagement with women? It’s a fair point and the answer is: I don’t know. I can respect that decision and acknowledge that this man has the right to live his life anyway he chooses, but I really cannot get inside his head and feel what he feels or has felt.

Okay, having said that, this is not what this is about, this is about shining a bit of a spotlight on why some women, sometimes feminists, sometimes not, seem to have this visceral negative reaction to MGTOW, why some females take it upon themselves to pour scorn and vitriol on the heads of these men.

Actually the clue is in the acronym – Men Going Their Own Way. Now whether or not women will admit it, the fact is for a lot of women there is no male “way” because men only live by the grace and favour of women. Without that grace and favour men will be made feel the full force of female disapproval, which manifests itself in many ways, from the violent to the relatively benign – ever seen a women convey her disapproval of a male action by a slight pursing of her lips, a slight stiffening of her body? I am betting we have all seen this happen to a man or boy, and have noticed an immediate change in the behaviour of that man or boy.

Of course female disapproval can and does manifest itself in much more direct, abusive and violent ways, but the point is that women feel they reserve the right to arbitrate and exercise approval of male actions, male behaviour, and in fact male autonomy.

Our modern society is now exclusively orientated towards achieving, obtaining and accommodating this female approval. MGTOW comprehensively rejects and delegitimizes any necessity for female approval or sanction. MGTOW is men thumbing their noses, giving the finger to the notion that men live by the grace and favour of women. It literally pulls the rug out from under the feet of women who, whether consciously or not, have internalised the idea that men are a resource for women, that men live and die to serve women’s needs, wants and whims, that men have no other function but to be at the beck and call of women, but only if and when a woman decides she had some need that a man is obliged to answer and/or fill.

MGTOW quite clearly asserts that there is a male “way” and that the default female “My way or the highway” cultural norm is now being rejected, dismissed as basically a mirage, an illusion.

The universal pedestal that the vast majority of women believe they stand upon is crumbling beneath their feet, the illusion that they occupy some rarefied higher plane of existence in relation to men is shattered, and the self absorbed and egotistical belief that men live for and in service to women is… a joke.

MGTOW is literally a slap in the face for women. It is saying to women in clear unequivocal terms – “you are not really all that!”

Of course there is another deeper and more subtle message that MGTOW conveys that is precipitating the current spewings from female voices, feminist or otherwise: MGTOW is a manifestation of male disapproval of female behaviour, actions, etc. It is saying, “we’ve seen what you have to offer, we’ve watched the way you present your ‘goods’ and… nope, not buying!”

Oh dear Lord, men rejecting females, men giving women the once-over and not snapping up one of these delightful creatures! Heaven forfend! All this female spluttering in rage, hurling of epitaphs, heaping of scorn, is the female equivalent of a spoilt obnoxious brat throwing the mother of all tantrums at not being picked to play the princess in the school play, because… well because I am a princess!

The notion that men choose to reject women – it is simply not to be borne!

There is yet another underlying subtle message that women who have an issue with the whole MGTOW phenomenon tend to raise – men left to their own devices will turn into, if they haven’t already, uncouth violent barbarians without the “civilising” influence and monitoring of women. Wonder how that stacks up in the face of numerous YouTube videos of females (usually drunk) causing mayhem in city centres on weekends. Here in Ireland, in Dublin, we get a lot of “hen parties” around the Temple Bar area, and the behaviour of these females is jaw-droppingly loud, violent, abusive and not to put too fine a point on it, disgusting – urinating and vomiting in the street being a big problem. Hmmm, I simply cannot fathom why men would be “turned off” by that!

Really! Boys, lads – what ails ye at all? Don’t ye know that there are wimmin out there ready and willing to rip your heart out, itching to use, abuse and reject you? Literally foaming at the mouth to squeeze every last penny out of you, give birth to your children then taunt you for 18 years by holding those children hostage, to ransom?

Lads, MGTOW is just mean, it’s not playing the game – sorry – what did you say? The game is rigged? Nooooooooooooo! Really? Ah, well then, off ya go, have fun, and for goodness sakes lads – mind yerselves – them wimmin are very very sneaky. 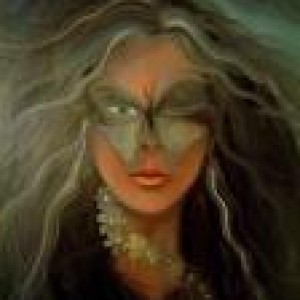 PrevPreviousWhere have all the men gone?
NextViolet Paget on the “grotesque” worship of women (1895)Next
Menu