MGTOW: A worldwide boycott of marriage

Men Going Their Own Way (MGTOW) is a worldwide phenomenon, based on a philosophy of gaining control over a man’s personal freedom and future. MGTOW is a lifestyle that frees men from patriarchal traditions regarding expectations for dating and marriage. It liberates men from a life of tiresome labor, waste of personal resources, and constant emotional exhaustion devoted to toxic mates, girlfriends or wives. For many years, these ideas were limited to individuals and small communities. But today, the Internet has allowed these precepts to become easily available, and millions of men around the world are finding their way on the road to sovereignty.

MGTOW is sometimes referred to as “Taking the Red Pill”. Just as in The Matrix, the Red Pill enabled those who swallowed it to see the surprising reality behind conventional living and common sense. MGTOW is opening the eyes of ordinary men to a new, better set of possibilities after seeing the painful truth that men grow up in a hierarchical social order that imposes expectations and directives upon them. They are called to Man Up, which included taking on traditional work and marriage.1 It is a system that sees men pour out their best energies for a woman, children, or the social organism, only to see himself become irrelevant and cast aside once his prime years are spent.2

MGTOW3 is a growing global awareness that helps men avoid dangerous relationships within a Gynocentric society, which exalts women’s physical and emotional needs over all others.3 Oftentimes, individuals discover the MGTOW message after a conventional relationship turns poisonous and causes them anger or pain.

Some, but not all MGTOW men, ascribe to these ideals:

A. Liberation from the Matriarchal rulebook of dating4
B. Avoidance of risks in marriage,5 and in its place value my own life on my terms
C. Rejection of role as sole provider,6 protector,7 or pack mule in relationships
D. Recognize financial reality8 of relationships today, and in the future9, 10
E. Avoid costs of raising children; veto God’s commandment to “go forth and multiply”
F. Defy societal male shaming techniques and slogans11, 12, 13

The MGTOW population raises awareness about its mission, and allows every man to develop his own individual set of rules, whatever works best for him. Each MGTOW member cannot be casually labeled. This would result in an inaccurate and unfair characterization of discrete MGTOW member’s ideas, experience, knowledge, and unique background. MGTOW is a phenomenon that does not discriminate by age, ethnicity, political affiliation, or other irrelevant factors. There are millions across the world who value a life of individual acceptance and freedom.

This enlightened view of independence is mainly sustained by a brotherhood of men.

MGTOW was inspired by Japanese Herbivores , or “grass eaters”. These are men who avoid permanent marital and romantic relationships.15 The earliest reference to the tenets of MGTOW as an organized lifestyle was from a western newspaper entry in 1835 and Herbivore men, the term itself, was first coined by Maki Fukasawa in an article published on Oct. 13, 2006. MGTOW became a buzzword in 2008 and 2009.7, 8, 9, 10 MGTOW has spread throughout every major nation. Men are becoming increasingly aware of relationships’ risks, such as emotional, physical abuse and financial enslavement, due to the strictures of modern society’s gynocentric patriarchy.16

Around 2008, marital failures and relationship difficulties were being publicly shared on various social media sites, including YouTube. Anonymous men with pseudonyms like Stardusk, Sandman, and Barbarossa, were a few of the forward-thinking innovators of the MGTOW YouTube phenomenon. Their videos attracted interest, and their ideas quickly spread to others. Now YouTube has hundreds of videos offering a daily dose of the Red Pill.

Men have to seek out MGTOW education and community where they can find it. Without political movements or women’s studies to teach men, these ideas aren’t taught in schools, but it thrives on the Internet. It is a coalition of sharing that fuels connection and consciousness. Social media (Facebook, Reddit, YouTube, forums, etc.) allow the MGTOW population and interested parties to bond. Educated experiences and discoveries are distributed and refined. A central website devoted to this movement is www.MGTOW.com.…

Men’s Rights: Some people believe that MGTOW is an ideology that splintered off from Men’s Rights Advocacy (MRA). Previously, MGTOW may have been introduced through MRA connections. However, today most individuals discover the message through MGTOW social media channels and networks. Millions have found the MGTOW lifestyle, and most are not advocates for men’s rights.

Sexless: Some people claim MGTOW bans sex with women or it is a ‘strike’ that punishes women. A small group of MGTOW may be asexual, but most continue sexual relationships with women and have no interest in penalizing women.

Anti-Social: Others believe these men are hermits and want to move away from civilization. MGTOW are everywhere and live ordinary lives.

Hate: MGTOW is mistakenly considered a “rage against women” and “misogynistic.” But these men are actually discovering freedom, fulfillment of dreams, sex, and love, as they dodge the proverbial bullets of a culture that attempt to reinforce traditional dating and marriage contrivances. These men love women. Some MGTOW have suffered financial, physical and emotional pain in relationships, marriages, and divorces, only to find MGTOW for emotional support. They are given a safe place to vent.

Wind Society Backwards: Some think MGTOW is used to take society backwards, creating a society of marital ownership and oppression of women. Instead, MGTOW is moving the male society forward and cultivating quality relationships between the sexes. It creates an alternative future for men of all types and ages, and is a liberating force for young men, revealing a livable path before young men have suffered the blows of traditional masculine roles.

Gay, Cry Baby, or Sissy: The overwhelming majority of the MGTOW population is not gay. They date and enjoy women, but avoid any living arrangement that might douse their life ambitions and liberty. These individuals are not crying over previous injury, but are gaining power over their destiny. Each MGTOW individual creates his own path. 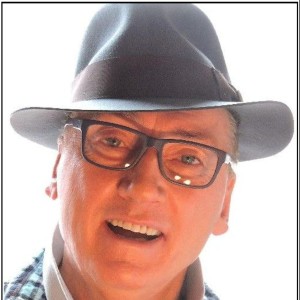