Message to Anita Sarkeesian aka @femfreq

Over the past few days I have been having more fun than a feminist in a broom factory. It all started when Anita Sarkeesian posted a compilation of all the “harassing” tweets she had received in one week to her tumblr blog. 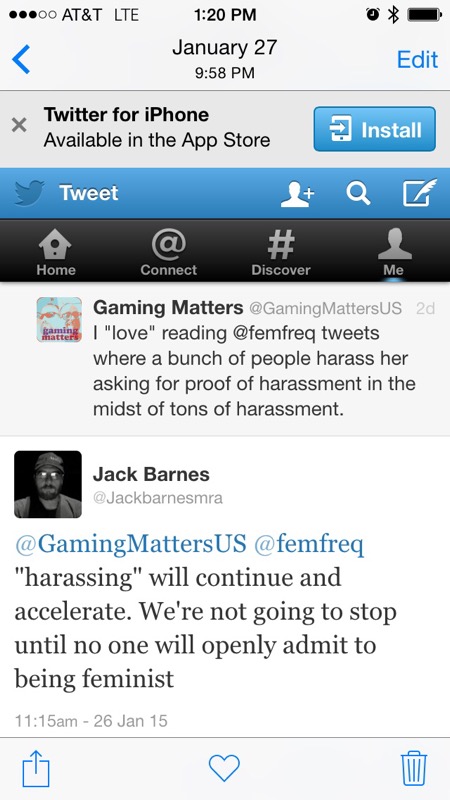 I wonder if I’m going to get a cut of the money she hopes to make off of this? Doubt it.

I was completely unaware of all of this until my twitter mentions exploded with…well take a look at a few examples. 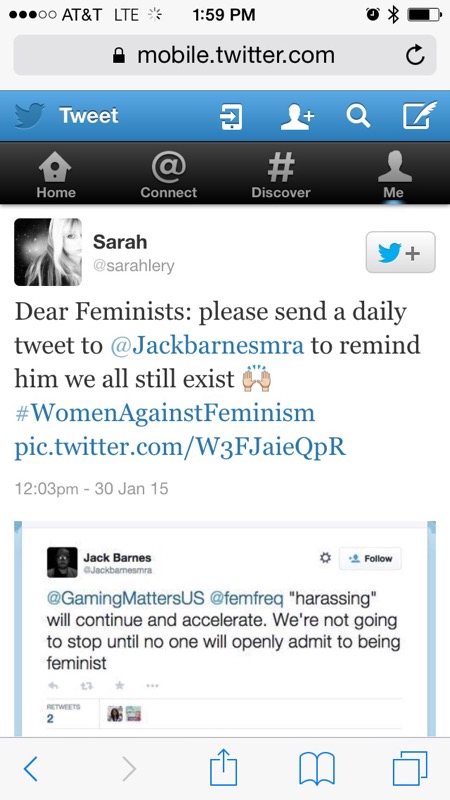 Sarah thinks its a good idea to combat online harassment by sending her nearly 1,400 followers to my mentions. Any wonder why the hashtag #FeministLogic exists? 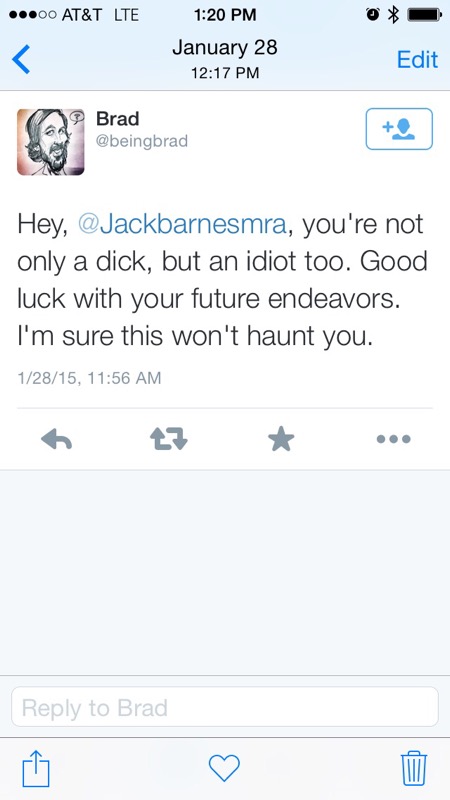 Haunt me? As in the things I say and do will affect the rest of my life? That’s good advice for Anita to think about or else get used to saying “would you like fries with that? 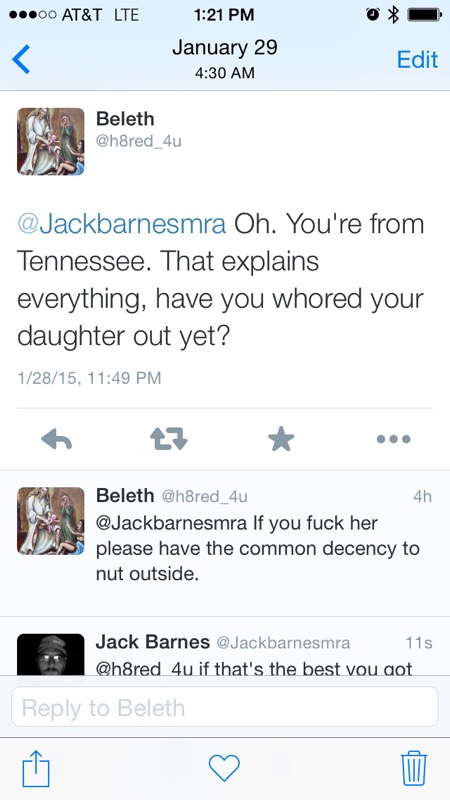 “When in doubt make fun of where some lives.” This is the best these minions can do? 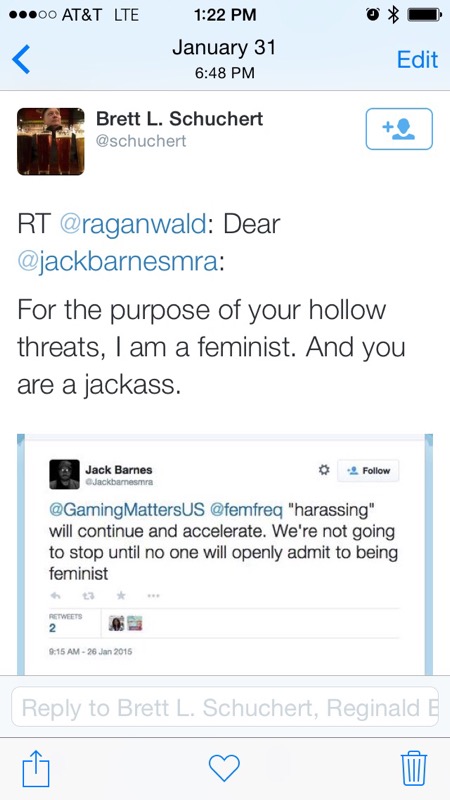 Brett L. Schuchert thinks that we aren’t serious about destroying the ideology of feminism. Wonder if he will feel the same way in about 10 years. 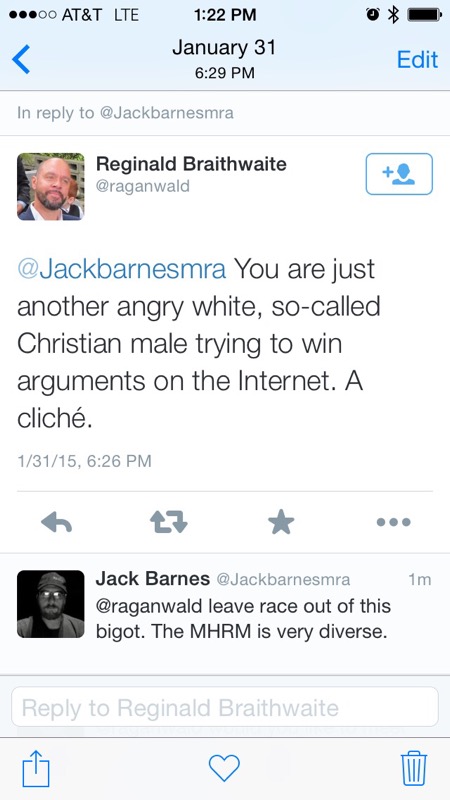 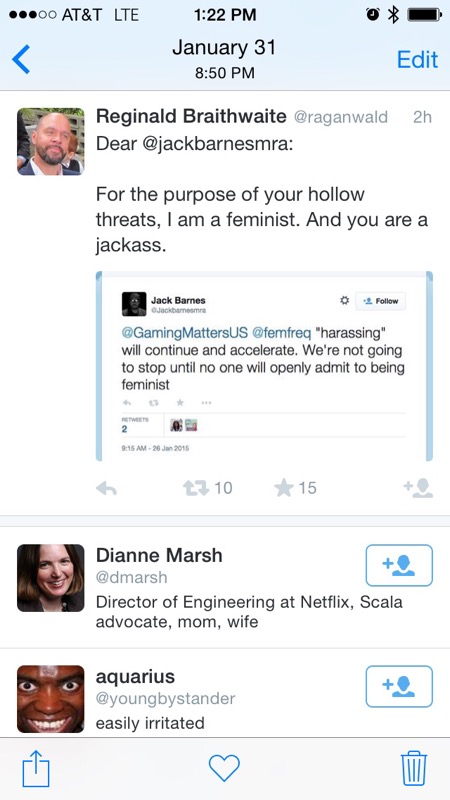 Why these bigots need to bring race into a conversation about gender is beyond me. What’s wrong Regie? Would my evidence based opinion on feminism be more credible if I weren’t white? Looks like Dianne Marsh could give him a job at Netflix after GamerGate gets done with GitHub.

Maybe that why he’s kissing up to feminists? Gender bigots got to stick together when times get tuff. 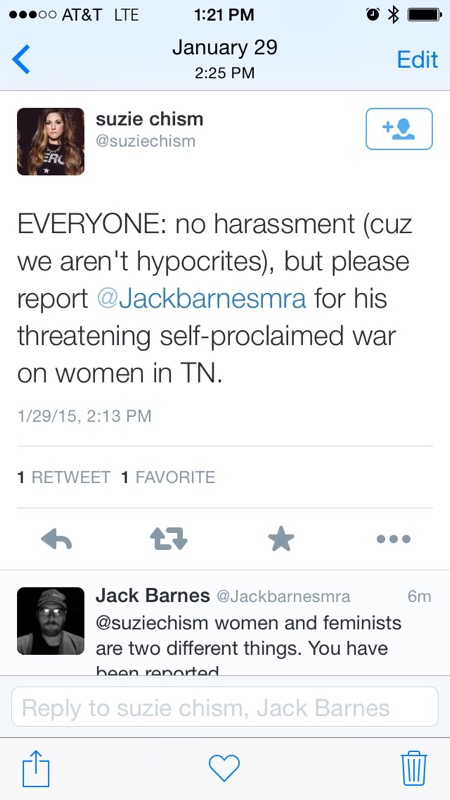 Suzie Chism: “Lets do what we accuse others of doing. But we’re not hypocrites.” You would think that someone who’s an entertainer in the music industry would try to gain fans, not push them away. 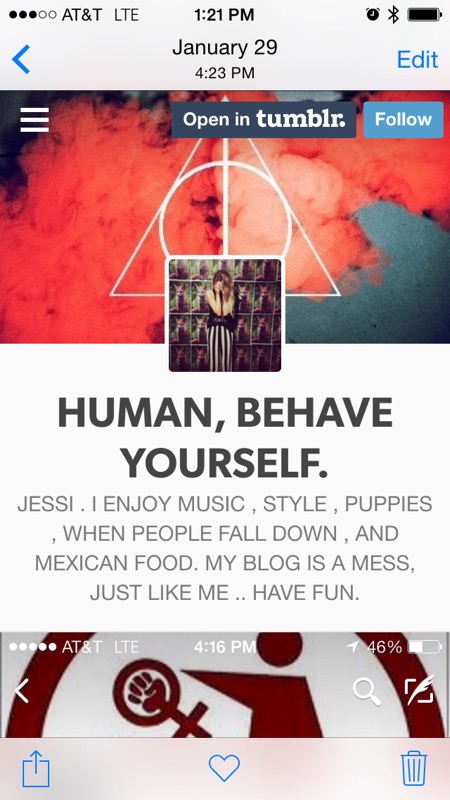 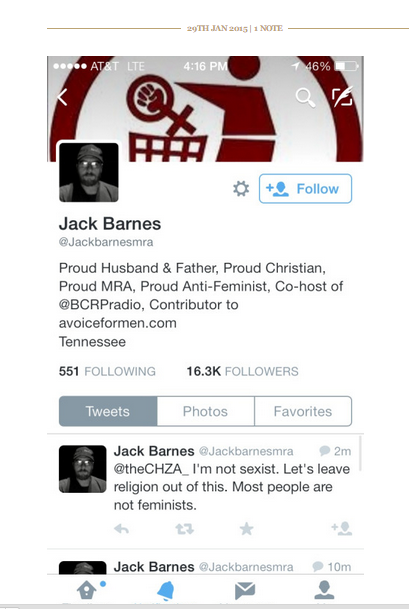 “Whenever someone states an opinion I don’t like they must be a member of the political party I hate.” Can’t argue with stupid.

Even Big Red and her friends decided to get in on the fun. 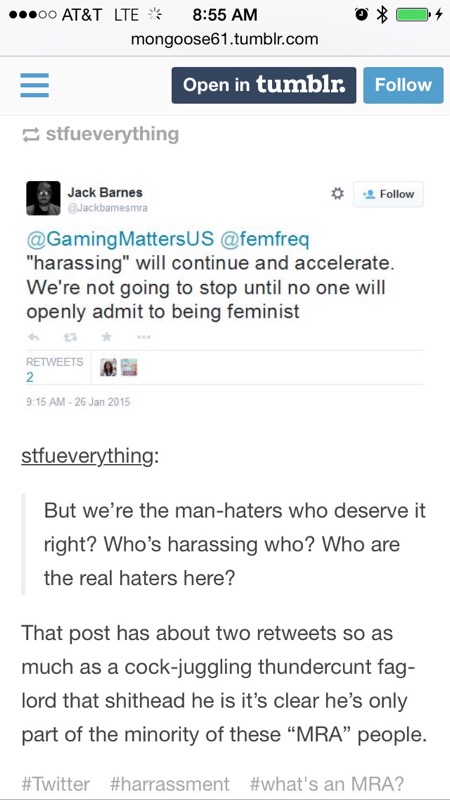 There were several people who didn’t want me on twitter sharing my views against feminism. Wonder why? 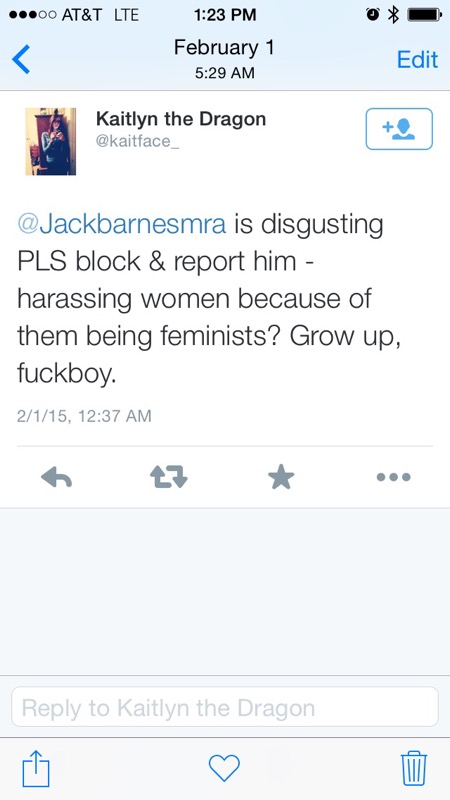 This is not the first time someone has tried to dox me only to post the name and address of innocent people. This time they threatened someone’s business. 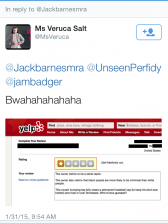 This has been going on several days. I’m happy to report that, for now, my twitter account is still up and running. I would also like to thank all of those who jumped in with me to give these feminists a bloody nose.

Anita Sarkeesian aka Feminist Freak, my tweet was in no way intended to be a threat nor should it be taken as such. I’m sorry if I came across threatening you. I was not. I was making you and every feminist in the world a promise. I promise I will never stop exposing feminism as the hate movement that it is. I promise that I will never stop calling feminists out, or as you call it “harassing” them on their lies, bigotry and general bullshit. I will never stop. Ever. I will hound feminism to the gates of hell then go inside to find whatever shreds are left. I will pound on feminism until it crumbles. When feminists beg for mercy or cry foul I’ll just come after your ideology harder and faster. I’m not going to stop and I’m not alone.

Anita, feminism is tyrannical ideology. It can only survive if it is never challenged. Therefore feminism must silence anyone daring to question it.

Fortunately many of these attempts have failed. Feminism is an ideology based on hate and domination. One only needs to look at feminists trying to control how men sit, or urinate or perhaps peruse this long list of feminist quotes that are nothing but pure hate. I could go on and on with examples of feminist hatred for men and anyone daring to question it, and the examples of feminism wanting to manipulate and control men not to mention society as a whole, but to do so would be pointless. You already know what feminism is.

The pages of human history are basically a long story of people trying to overcome adversity. Time and time again tyrannical dictatorships have sprung up, grown, and then were overthrown by those they controlled. As tyranny grows, it must squeeze the population more and more – to the point where people rebel.

Anita, I know that you don’t care about any of this. You don’t care about the rights of men or women. You care about making money. You found a group of people that would buy almost anything put in front of them as long as they thought that women were oppressed and you were working to change that. You found your group of suckers to con and you’ve done very well for yourself. But you are playing a dangerous game.

As men and the women who care about men continues to grow more and more tired of the hatred of men and the attempt to control men they are starting to rebel. This is a non-violent rebellion but a rebellion all the same. This rebellion requires that feminism be destroyed. This in turn requires that society be turned against feminism thereby destroying the careers and reputations of feminists such as yourself.
The alternative is that society allows feminism to continue until there is a violent rebellion in which blood will be spilled. Bodies in the streets and cities on fire. The pages of history are soaked with the blood of such rebellions. It has happened many many times before and it will happen again. According to history the rebellion against feminism will turn violent and bloody if allowed to continue. This is something that the men and women of the MHRM are working daily to avoid.

MHRAs like myself want very much to avoid what history tells us is to come. We want a peaceful resolution to this crisis. So we work hard everyday to turn society against feminism so that society can peacefully remove feminism from its place of influence and power. When feminism no longer is a problem then society can set about honoring the rights of both men and women.

This is why MHRAs, anti-feminists/non-feminists and women against feminism will continue to call feminists out on their bigotry and lies or as you all like to put it “harass” you. This will result in your reputation and career lying in ruins. Given the alternative I will not lose a second of sleep over it.