It is the thesis of this article that a large proportion of observed differences between male and female life outcomes can be explained with reference to only one difference: variance. Men tend to vary in characteristics more than women. This has been shown to be true for all characteristics that have been studied, and there is good evidence to suggest it is generally true.[2] This is often known as “greater male variability” or “the variability hypothesis,” although it would perhaps be better called a theory now as evidence builds. It is notable that this notion fell out of favour as a result of the activities of feminists in academia.[3]

Men vary more in height[4], weight, and many other physical characteristics. While the average intelligence of men and women are the same or almost the same, what is clear is that males vary more than females in intelligence.[5] This means that a majority of people with high IQs will be men, as will a majority of people with low IQs. The further we get from the mean, the more pronounced this phenomenon is. Astoundingly, greater variance among men even appears to be true when it comes to personality.[6]

Everywhere we go, we see the same trend: men tending to dominate at the top of society with other men tending to fall to the bottom of society, with a smaller group of men and most women clustered in the middle.

When the females of a species invest significantly more energy in to gestation than males, as is the case for humans, then the size of the next generation is largely constrained by the number of fertile females. As a result of this, a species can generally tolerate the loss of a male more easily than the loss of a female. It thus makes sense for a species to allow males to vary more in their characteristics. If a characteristic is disadvantageous to a species, then the loss of males will be less damaging than the loss of females. If a characteristic is advantageous, it can be spread to the rest of the species. Thus, testing new characteristics on males is an advantage to a species overall, and so we find men vary in their characteristics more than women. In effect, the loss of women will constrain the size of the next generation while the loss of men will constrain genetic diversity. This does not justify male disposability, though. Even if men were biologically disposable in the past, they no longer need to be. The Earth carries more than 7 billion people today and could be carrying 10 or 11 billion within a few decades. We no longer need the ability to rapidly recover numbers, thus any presumed bias toward male disposability that existed in the past no longer applies.

Among humans the greater variance among men leads to significant implications for society. These tendencies have a widespread and profound impact on the human species and human civilisation and go a very long way to explaining the observed differences between men and women in terms of life choices and outcomes.

A particularly notable area is scientific achievement, which has been overwhelmingly conducted by men. Some argue that female scientists have been marginalised and their accomplishments attributed to men. That may be true in some cases, but the reverse is true also. Marie Curie is often remembered for conducting groundbreaking research in to radioactivity. Most know her name, but few know that she collaborated with two other scientists for this work—her husband, Pierre Curie, and Henri Becquerel. Marie was actually the junior of the three scientists. Despite this, she is often believed by the wider community to have made significant discoveries on her own, with the efforts of her husband and Becquerel forgotten. Both Marie and Pierre were responsible for the discovery of polonium and radium[7], although today these discoveries are often attributed to Marie alone.[8]

Business and political leaders are overwhelmingly men. Just as with scientific endeavour, men will dominate among those who are overachievers in business, with other men and most women performing competently.

Evidence suggests that men have always dominated among societies’ leaders. This is reflected in the modern world with men dominating among politicians in every country today except Rwanda. Rwanda is an exception because men were overwhelmingly the victims of the Rwanda genocide and even today constitute only 46.5% of the population.[9]

Since men vary more in personality, in capabilities, and are overrepresented among those with low IQs, it follows that men should be overrepresented among those who are anti-social and have difficulty fitting in and following societies’ rules. These are precisely the people most likely to commit offences and be imprisoned. This is what we do see in societies around the world.

The vast majority of composers are men.[10] Music composition shows the same pattern that we see in other areas of endeavour. Those who have little or only average capabilities in music composition will not generally pursue this as a career. In contrast, those who excel at music composition will pursue it as a career. Similarly, the majority of musicians are men. Many orchestras have around 25% to 30% female participation.[11] We should see the greatest domination by men in areas where individuality is most important. Among all areas of music, the greatest gender disparity exists in jazz. This is also the area of music where individuality is most important, with high emphasis on creativity and improvisation.

A notable area dominated by men is the game of chess.[12] Chess is notable because it does not require physical strength, manual dexterity, or any physical characteristics other than the ability to communicate. Chess does not require any knowledge other than knowledge of chess. Even having a high IQ is not a guarantee of success in chess. Like many fields of endeavour, hard work and commitment are necessary along with innate ability. Having said that, chess is perhaps the purest example of exceptionality we have. The vast majority of chess grand masters are men.

It is a reasonably obvious position to claim that employers will generally want to employ people who can perform the work involved in that job to a reasonable standard. It can often be difficult to differentiate people who would be exceptional at performing the work. The bottom few percent of the population (as measured by job specific capability) will be the ones most likely to be unable to obtain employment. The bottom few percent of the population will be dominated by men. Thus, based on gender variance alone, we may expect men to have a higher unemployment rate than women.

Quite a lot has been made of the Y chromosome of late. Claims are made that it is small and inadequate.[14][15] This is just more casual misandry. Those making statements like this have, at least, a fundamentally flawed view of human sexual selection and genetics.[16] The Y chromosome is the basis of the exceptionality of men. It destabilises human genetics, which is precisely what you need to have exceptional individuals. It is why more male foetuses abort, but it is also why there are more male Nobel Prize winners and great poets. Many of those denigrating the Y chromosome are ignoring the evidence right in front of their eyes.

This article has discussed the notion of greater variation, the negative and positive consequences of this, and how they explain many of the historical trends observed. History is replete with powerful, famous, and successful women, but they were typically a minority.

The notion of greater variance among men has been discussed for decades and is, perhaps not surprisingly, not popular in feminist discourse. In 2005, Lawrence Summers, then the president of Harvard University, speculated on greater variance among men and the resultant domination of certain fields, particularly physical sciences, by men. Despite the fact that he made it clear that he was not criticising the suitability of women to physical sciences, he was publicly castigated[17] and was subsequently the subject of a no-confidence motion by a faculty at Harvard.[18] Harvard subsequently launched various initiatives to advance women in academia over the following months. It is likely that Summers’ innocent comments on gender variance and the subsequent outrage were major contributors to his resignation the following year.

In the end, statistical analysis of the relative merits of different groups of humans is interesting, but it says nothing about the ability of a particular individual human to achieve. Just because men dominate in a particular field does not mean that any given man is able to achieve in that field and it does not mean that any given woman cannot achieve in that field.

The title of this article may seem incendiary and may have caused some people to become angry. The title is, of course, a pun. Men are exceptional—which means that men are not only overrepresented among the most successful people in society but also among the least successful people in society. The title is offered as proof that Hanna Rosin, author of The End of Men and “Men Are Obsolete” is not the only person who can write articles with provocative titles.

In general, if you have a group of people who are competing on equal terms for top roles, the most capable will be the most likely to gain these roles. In many cases, we can expect more men than women to be among the overachievers and among the underachievers. But the top roles are taken by the overachievers, who are more likely to be men.

It should be noted that nothing in this article should be taken as being negative toward women. Women and men are needed for a properly functioning society. This article should also not be construed as suggesting that women cannot achieve at the highest levels. An individual is not constrained by the norms for their gender. Just because there are fewer women at the highest levels of achievement in many areas does not mean, in general, that a particular woman cannot be the best at what she does. It does mean, though, that most areas of exceptional achievement will be dominated by men. 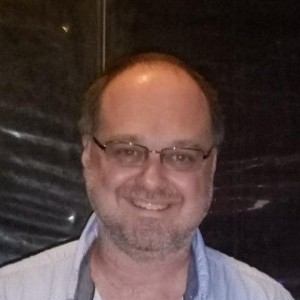 Robert is concerned for the welfare of men and boys in modern society. In particular he is concerned about the effects of widespread misandry in society and gender biases in addressing domestic violence and intimate partner violence. He advocates for men's rights for the next generation of men and women. Robert is the president of the Australian Men's Rights Association Inc and also holds a position as a researcher at A Voice for Men.
PrevPreviousDon’t expect jail for the mother who abandoned her child to die in a Sydney drain
Next#ShirtStorm proves Matt Binder both shallow and unfunnyNext
Menu