How To Stop School Shootings

The seemingly endless cycle of school shootings by young men continues in the USA, and as always more students lay dead. The usual scapegoats are wheeled out for blame: its the fault of Democrat policies, Republican policies, fatherlessness, gun availability, misogyny, inadequate school security and check-in cards, or perhaps people choose to blame police lethargy and lack of speedy intervention.

Over and over it goes, year in, year out. Nothing stops it.

Omitted from the above list is an alternative cause – a ‘poke a stick in your eye obvious’ factor that is the proverbial smoking gun, albeit one that literally everyone is too bigoted to acknowledge: lack of psychological and social supports for troubled young men.

Let me say that again: the cause of most school shootings is the lack of psychological and social supports for troubled young men.

Let me take a step back and explain how I arrive at this position. In my work I support troubled young men, and over time some of those men have expressed fantasies of acting-out murderously, along with their reasoning for same. The fantasies have real potential.

The first thing I note is that these men sometimes feel comfortable to express their murderous fantasies to someone they trust, or to someone they are hoping to gain emotional support from. After talking these fantasies through, having a space to express their reasoning, it becomes clear that many of them are terrified of both people and of the world – often with good reason – and their murderous musings are a wish to hurt other people before other people get a chance to hurt them. In other words, its a convoluted self-defense reflex.

Such men are often relentlessly assaulted by life, perhaps raised by one or both parents who are violent, neglectful, drug addicted, impoverished or emotionally abusive, or it may be that such men have a psychiatric disorder such as schizophrenia, paranoia, head-injury, or autism spectrum disorder that leads to them standing out at school and suffering years of bullying — bullying that almost always results in PTSD and a permanently anxious, hypervigilant, and frankly paranoid state of mind.

The antidote to much of their suffering is to make them feel safe (often for the first time in their lives) by providing genuine and ongoing support. I have listened to these men and assured them that they were not going to need to act out in order to protect themselves or to be heard by a deaf world, because I would pledge to visit regularly, be available on the phone, and accompany them to the shops or gym and help them communicate with, or protect them from others – effectively to be a bodyguard. I hasten to add that my need to protect them from various social or physical assaults was completely absent or at least negligible, as the potential threats had been exaggerated in their minds.

After providing this kind of support for young men, the change in their eyes and body language is nothing short of profound. The steely vigilance and fear in their eyes gives way to eyes projecting trust and thanks, and their stiff, combat-ready bodies relax – all visually palpable. And most importantly, after a short time of providing such support their conversation changes too – with no more talk of acting out, and often with a calm recognition of how extreme and unnecessary their former fantasies now seem to be.

Of course more father involvement or more mother involvement can help if they are savvy to the needs of their son – which is sadly not always assured regardless of more involvement. But I’d go further and say anyone-involvement will make an enormous difference if they are able to offer substantive support; father, mother, sibling, friends, neighbors, social workers, psychiatrists, paid support workers or yes even support animals. Any one of these people could make the difference between outcomes of safety, and avoidable killings.

The implementing a nation-wide program to support vulnerable young men could start with identifying which individuals or groups need support, and applying social campaigns and adequate funding. One study of 239 killers, for example, found that 21.34% had had a definite or suspected head injury, and a further 28.03% of them had definite, highly probable or possible autism spectrum disorder.1 This is not to suggest that autism causes people to be killers, but rather that autism combined with other factors such as bullying, isolation, lack of support etc. – the typical male experience – can lead to a pathological outcome.

As an aside I was pleased to learn former U.S. President Donald Trump had increased support funding of the Autism Cares Act,2 some of which will go to support boys whom the CDC says are four times more likely to have an autism spectrum disorder than girls.

If a culture of support could be extended to all vulnerable male demographics we’d have less need for the media with their gloating condemnation of young male perpetrators, and those same men could get the support they so desperately need. 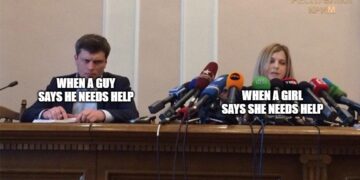 Note: The above article is not aimed at any specific school shooting, including the most recent in Texas, but rather to all such events collectively.