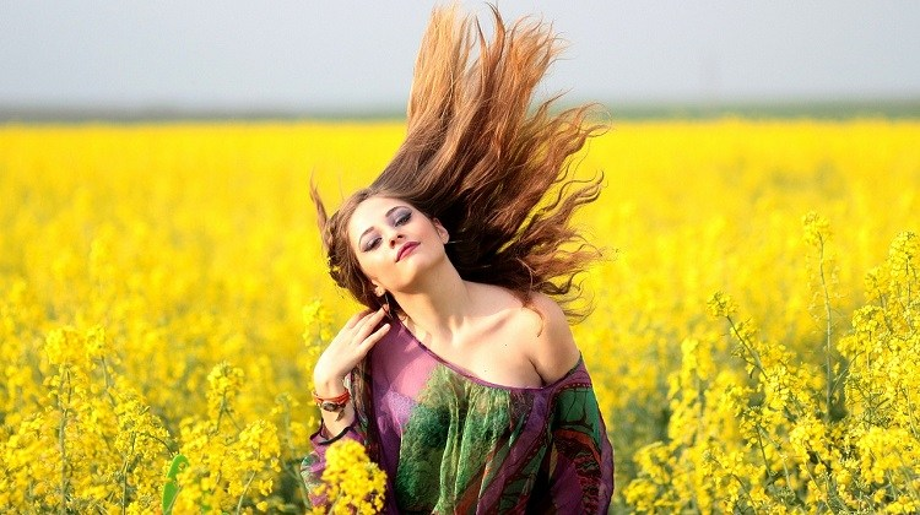 We all know about the male gaze and the resultant sexualization of the female body that it creates. The standard accusation is that we men are scanning our environment for passive women to perv on, an act that reduces women from otherwise complex human beings to mere sex objects for our sexual pleasure. The following Oxford Reference Dictionary definition represents the usual view of the male gaze, or at least the one widely promoted by feminist analysis of the phenomenon:

1. A manner of treating women’s bodies as objects to be surveyed, which is associated by feminists with hegemonic masculinity, both in everyday social interaction and in relation to their representation in visual media: [see also objectification].

What stands out in all definitions of the gaze is men’s agency: men “treat” women’s bodies, “survey” women’s bodies, and enact “hegemony” over women’s bodies. It’s a travesty that deprives women of agency according to the feminist film critic credited with first coining “the male gaze.”1

But is it so… are women always passive victims of rapey stares, or are they playing their part in eliciting it from men? Might it be – shock, horror – that they are agent provocateurs in a game they initiate and to a large extent control? I think most people, at least those not in denial, know the answer to that question is a big yes.

The hours and years spent trying on different clothing, and the rehearsing of postures, or gestures of the hands in front of the mirror; touching her face, placing her hands on her hips, or lightly above her breasts; or the practicing of facial gestures; and the smiles, pursed lips, head-tilts, hair flicks, and glances of the eyes, all designed to harvest the gaze from unsuspecting male targets.

Could it be that through that highly cultivated repertoire of gestures women possess enormous agency, and males serve as passive targets with little agency other than unprocessed reactivity?

Whatever the case we first need to rid ourselves of the myth that women are victims in this age-old game, to which end I will give a few gaze-harvesting techniques employed by women below, a list that can easily be expanded by adding your own observations of harvesting tricks.

Here are some of the techniques women habitually use to set a gaze reaction in motion, each of which involves a woman actively – and sometimes aggressively – placing herself within your sensory range with one of the following:

The best way to describe this is a gentle swaying or twisting the body from side to side, often with hands clasped at front, to impart a childish exuberance much like little girls do. While this might seem appropriate behavior of a 5 year old girl, the twisty-twirl is not something the gaze harvesting woman ever relinquishes – she employs it to interrupt men’s field of vision with sudden movement, a gesture sufficient to gain his attention.

This happens when you are the target of a woman who wants to slow you down and make you absorb her presence. She will stand in the doorway, middle of the footpath, or in the shopping center aisle sometimes aided by a shopping trolley which she leaves strategically placed across the aisle. If done well, this forces an interaction: “Excuse me, I’ll just move your trolley so I can get past,” to which she replies “Oh, I’m so sorry,” while flashing her most attractive features at you – her favorite dress, beautifully shampoo’d hair, or that smile she was famed for in high school.

The practice of wearing eye-seizing colors is a favorite, with the unmistakable message being YOU WILL LOOK AT ME AND SEE ME! Gone are the soft pastel designs of yesteryear, and in are the garish fluoros or otherwise bold colors designed to snatch the attention of everyone who enters the room or walks the street. And not just the clothes – the practice extends to colored hair, hats, shawls and scarfs which have become equally loud, with the wearers settling for nothing less than complete molestation from every set of eyes in the immediate vicinity.

The exclamation is timed just as the male target comes into earshot, and is often delivered in the form of a small shock or surprise; “Oh, I nearly fell over!” states the woman into the thin air, or “My goodness its so hot today” in the hopes a perfect stranger will begin gazing in the direction of the voice and, with luck, take up her topic of self-discussion.

The Exclamation can also appear as a muttering about something at just the right moment. This is a favorite and is normally delivered in the form of a question or statement in need of an answer, such as when she is in earshot of the right man in the shopping aisle and frustratedly mutters, supposedly to herself, “I can’t find the cans of spaghetti I wonder if they’ve moved them?” or “I hope they are getting some fresh bread in today!” that the passing male might hear and feel compelled to respond.

Look At Me Strut:

Strutting gorgeously, exuding self-sufficiency with an I-don’t-need-a-man look, the strutter has mastered the art of appearing disinterested in attention, while making a distracting physical display of swinging arms, loudly clopping heels, eye catching attire, and a chin-in-the-air look that begs a second glance from the target males. This routine is generally pulled in central business district where she assiduously scans shopfront windows to capture all those reflected male gazes that her empowered strutting dreams of capturing. Her skill at using shopfront windows to look at both herself and the reflected faces of those gazing at her rises up to an artform that allows her to look sideways and yet not trip over when having little focus on the road ahead.

This gaze-puller happens when you are walking toward a woman who happens to be with one or more of her girlfriends and, desiring your gaze to be directed on her like the lazer of a sniper, she suddenly turns up the volume of the conversation she is having, or laughs very loudly, often to the astonishment of her female companion who has not seen its purpose. As ridiculous as she may appear to her friend, she has nevertheless succeeded in attracting those dirty male eyes – even if by a guy simply wondering what that sudden blast of noise was about.

Women utilize accessories to draw attentions – a dog, a handbag, a child, or whatever else is handy. The handbag can be swung around or rummaged through in such a way as to capture the attention of the most sight impaired person in the room. Likewise children can be fawned over, or chastised, just as a target male walks by, where mother will say “Don’t let that nice man see you eating candy” or “Don’t get in the way of the nice man or you might get hurt.” This is not to say that every woman and child who interacts with strangers is seeking the male gaze – many are simply engaging in polite public interaction. But a significant portion of them, perhaps especially single mothers, are soliciting further attentions.

Some women claim the best way to meet a man is to buy a dog and take it for a walk, where you’ll meet a handsome man either walking his own dog, or perhaps just walking alone. If it’s timed right, she knows her dog will follow the irresistible temptation to interact with the dog belonging to Mr. Handsome, and as a bonus the leashes might become entangled. In this scene she gains his eyes, and hopefully his conversation… will they get married?

Women seem particularly adept at using physical movements to gain the male gaze. The many movements and postures of the arms, the hand placed strategically on chest, thigh, tummy, and the fingertips extended to touch various parts of the body or face – the chin, lips, cleavage. Or consider the tossing, sweeping, or twirling of the hair, and the flutters, glances or stares of the eyes, all designed to force an interaction from the harvestee.

What Sheryl Sandberg failed to admit was that women have been leaning in for millennia – with their cleavage. They do this for precisely the same reasons as Sandberg states – to get a rise, promotion, more money, status, and marriage. Perhaps that’s what Sandberg unconsciously understood by that decidedly peculiar body-posture phrase Lean In – the old trick of bamboozaling with boobs. Why else would a woman need to “lean” “in”?

However it doesn’t only happen in the board room or in the hiring room in front of the Human Resources officer. It happens equally at the bar, the gym, the music concert and the shopping center, places where women can get an equally good rise without even asking for one, at least not verbally. All she need to is lean in to get the attention she wants.

Did you notice something about these techniques? They are the same ones used by salespeople, like the ones you see selling wares in shopping malls who bounce a balloon up and down, twiddle a pen, or dance as the unsuspecting shopper walks in their direction only to be assaulted by a sideshow of color and movement. But rather than sell a product, the gaze-harvesting woman wants you to undress her with your eyes, a sign that her techniques have wielded power over you for her own narcissistic or material gain.

Next time you find yourself in one of these situations, try grasping some true agency by turning your eyes away from the female harvester, and enjoying the comedy when she becomes pissed at your refusal and ‘ups the anti’ – becoming louder, brighter, faster, and more obstructive as she attempts to salvage her failing effort.

You see, the real lack of agency appears when a man’s senses are raped by an uninvited inrush of sensory stimuli, a bombardment arising from someone’s selfish designs over where you should be gazing.

[1] Laura Mulvey is credited with coining the phrase ‘The Male Gaze’ in her 1975 article Visual pleasure and narrative cinema.