For anybody considering becoming a feminist, anti-feminist or something in between, the question has to be asked; what is feminism?

Back in 2004, the National Institute of Health (“NIH”) ran a study on Gender Bias titled Why Do Women Like Women More Than Men Like Men? which was published in the Journal of Personality and Social Psychology.

The study found that women have a remarkably stronger in-group bias, and that men lack an inbuilt mechanism to favor their own gender.

The hypotheses given for these clear results was that children bond to their mother more than their father, and that the more favorably men look upon sexual intercourse, the more men show bias towards women (interesting given that this research was done at a time when Freud’s Oedipus Complex Theory had been long discredited).

This isn’t research sponsored by the men’s rights movement, it is research performed by the world’s leading health research body; a body that is often criticized by men for showing feminist biases.

Taking this into account, there is no other conclusion to reach; feminism is a shield the lazy use to indemnify themselves from criticism of their own personal gender biases.

Now I understand that will outrage feminists, but my conclusion is based on reasoned thought; if feminism was something clearly defined, and constructive to society, I would consider supporting it…

But it isn’t; in fact it is exactly what one would expect from a movement based on women’s own bias towards themselves; feminism is chauvinism. 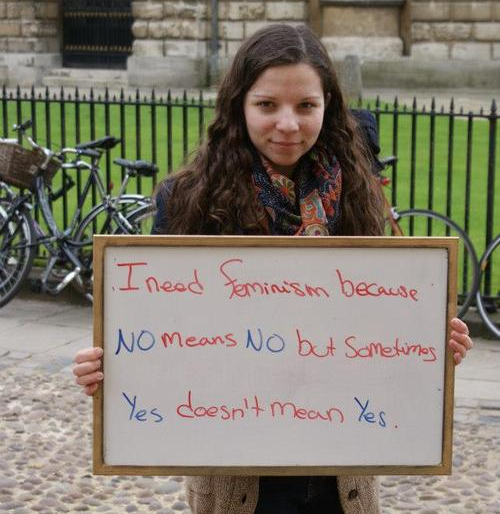 To truly understand what feminism is, one needs to look at the many ways feminism is seen.

Something that is by definition the fight for gender equality.

Feminism is the advocacy for women’s rights, based upon the assumption that there is a full set of rights, which all men have, and all women don’t.

Any objective analysis of history, shows that men and women have their own respective privileges, and that in the scheme of things, gender is probably the least significant delineator of inequity.

Something that was started to fight for gender equality.

Early feminists fought for women to have the right to vote, while at the same time as they demanded men fight wars to “redeem their promise to women”; a promise to lay down their lives in the protection of women (“Women and children first”).

If early feminists actually believed in gender equality, they wouldn’t be expecting men to do anything for them; the least a man could do was stay safely on the safe side of the English channel.

Something that is whatever each person says it is.

This is probably the most common definition I see of feminism; feminism is whatever I say it is.

Logically, if feminism is the fight for gender equality, how can equality be based on the beliefs of each individual person?

Nothing could be more gynocentric than the belief that each individual woman has the right to define equality in a way that suits her personally; for things to be equal they must be the same for all, and to be the same for all there must be agreement on what that same will be.

The belief in Patriarchy Theory.

Then you have good old Patriarchy Theory which ranges in narrative from:

“Patriarchy is an unjust social system that is harmful to both men and women. It often includes any social, political, or economic mechanism that evokes male dominance over women”

“The systematic domination of women by men in some or all of society’s spheres and institutions”.

On one hand it is a social structure that hurts both men and women, and on the other hand it is the domination of women by men, presumably for the benefit of men, who according to other feminists derived no benefit. 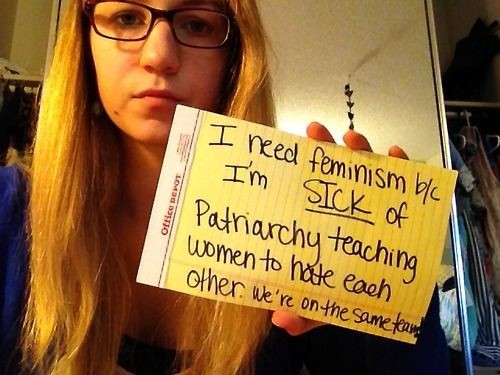 Apparently all of this oppression was going on while every man of fighting age had sworn to protect women, and when they failed to do so, had to be shamed into doing so with a white feather.

Feminists themselves can’t agree on what Patriarchy is; mainly because they range from Communists who want to live in the Utopia of Venezuela, to women who drive their Prius to Starbucks for a Latte while Instagramming on their iPhone X that was made by slave labor in another Communist Utopia.

A movement of opposing factions.

As if every feminist doing their own thing wasn’t bad enough, when feminists organize themselves into factions, things get even worse; and sometimes violent.

SWERFs are feminists who oppose sex workers. So is sex work empowering or oppressive? 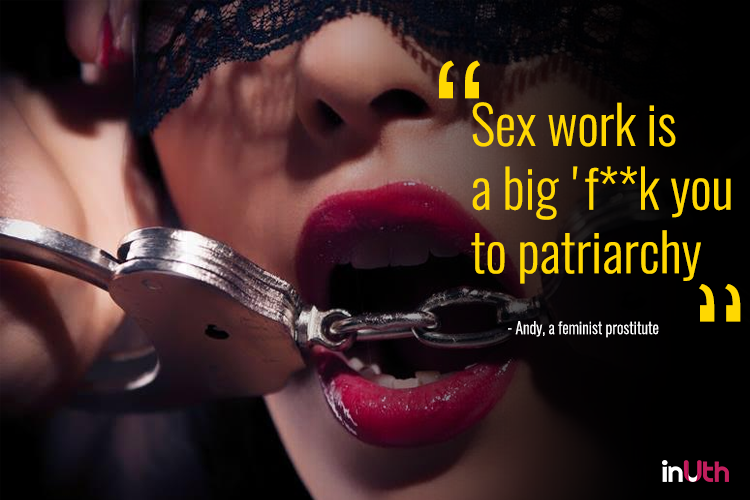 When President Trump directed the FBI to shut down the Backpage.com website because it was being used for sex trafficking of children, feminists criticized the site being shut downas a violation of women’s rights.

TERFs are feminists who oppose trans women being considered women and have been known to get into street brawls with trans women. So if being a woman sucks so much, why would you exclude a man who identified as one? 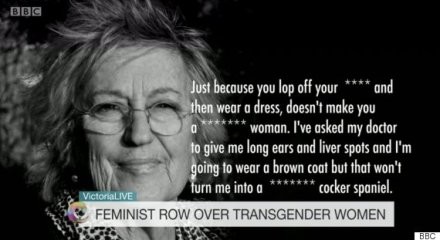 According to some feminists, TERFs are like Nazis. So according to feminists themselves, feminism includes feminists who are fascists.

Slut Walkers and the Hijab

Then you have Slut walkers, who organize parades to argue that women should be able to wear whatever they want, but you have the feminist leadership with women like Linda Sarsour who believe in the Islamic requirements of modesty. 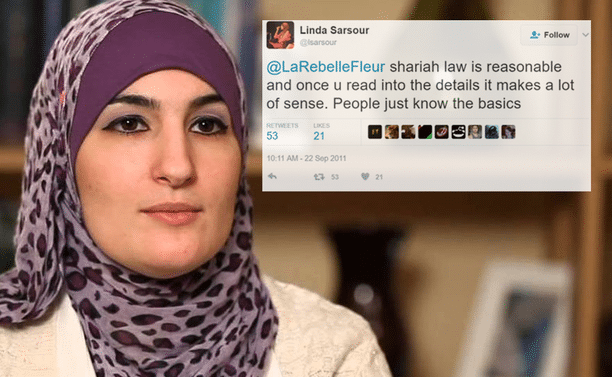 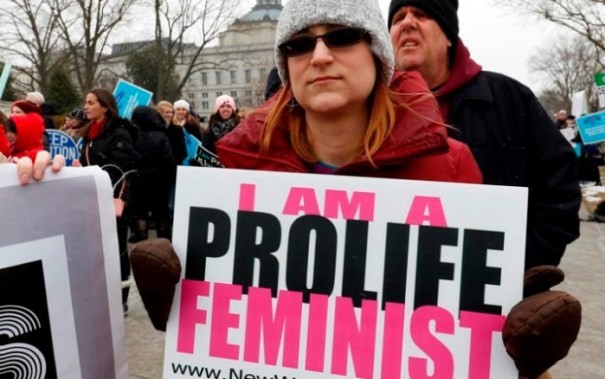 Something that has brought benefit to women.

My grandmother was born in 1906, in Bellbird NSW. She was raised on a farm and was taught to grow her own food and cook it.

When she was in her mid-teens, she left school, moved to Sydney, stayed with her aunt and worked as a seamstress, until falling in love with my grandfather.

She had two sons, who she doted over, and she was heartbroken when my grandfather died, leaving her alone for the last 30 years of her life.

She had a quote by Helen Keller on her kitchen wall that read “I cried because I had no shoes until I met a man who had no feet”.

My grandmother had complete contempt for both sides of politics, and her only goal in life was to be left alone to cook and eat the food she grew. 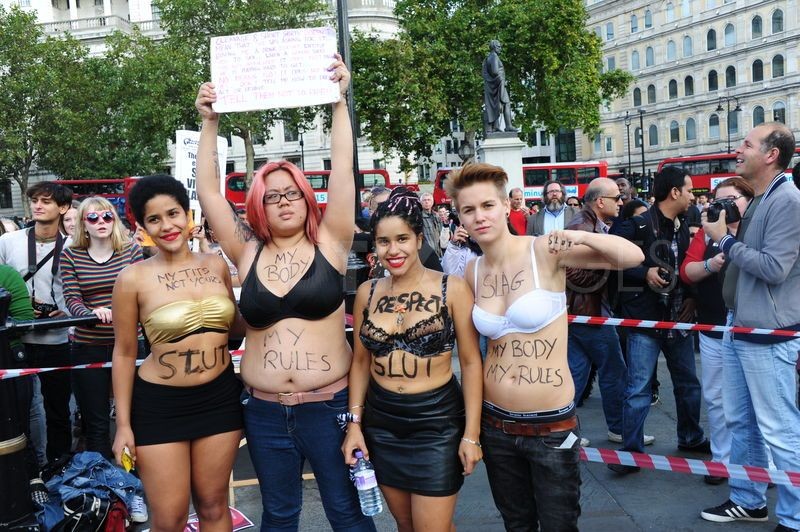 I doubt many feminists today could go a day without the undivided attention of others.

As I write articles on feminism and gender equality, I am discovering that the vast majority of feminists can’t argue the case for feminism beyond the defense of feminism as an identity.

Of the few that do actually understand feminist ideology, they seem completely aware that if other women knew what feminist ideology was, they would have more of an argument with the casual “coffee shop” feminists, than they would with me as an anti-feminist. 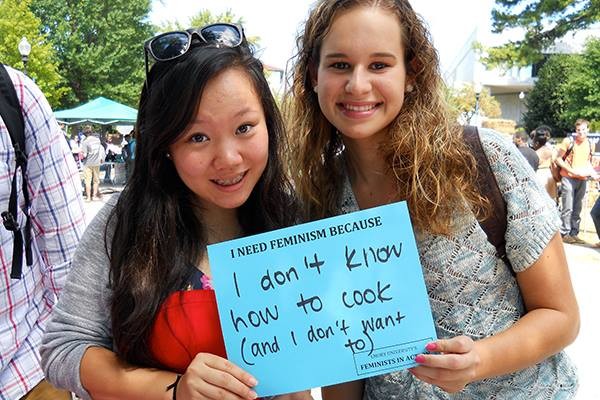 Feminism is sustained by the nonsensical view that women need feminism because people are sick of hearing the complaints of feminists.

No movement should be above criticism, and all good movements welcome criticism; if feminists actually had a cause to push, they would welcome engagement with those they hoped to win over, but the only engagement they seem to enjoy is the fight.

At the end of the day, feminism is a fractured movement who can’t even agree between themselves on anything other than a divisive vocabulary of terms; terms that serve no purpose other than to cause confrontation or retreat.

Feminists would much rather fight over their identity as feminists, than over gender equality itself, and I am yet to engage with a single one of them who could last 15 minutes of sustained cross-examination on their views.

How can gender equality ever be achieved until women understand that they have an inherent bias towards their own gender, and until men break free of their association between sex, and showing bias towards women?

The answer to feminism is not gynocentric traditionalism