There are some things in the world so stupid that if stupid was pressure it could make diamonds…and then crush them. Things like checking for gas leaks with a lit match, or using poison ivy to wipe your butt while camping.

Or being a feminist.

They have been the planet’s primary source of stupid since The Beatles crossed the pond, so little they come up with surprises me. But someone just pointed me to a concept of theirs I wasn’t familiar with and I wish they hadn’t. My I.Q. dropped 10 points just hearing about it.

It has to do with better sex, which was the first warning sign. That’s the last subject I want to hear about from people whose only reason for existing is to make men and women regard each other like Kennedy and Khrushchev.

Feminists, in their ongoing effort to identify whatever microscopic percentage of sex isn’t rape, have come up with an idea so stupid that it drools and plays with itself in public.

After being supplied some reference material on the subject, and surviving the reading of it, it looks like the idea might have originated with one of the kings of stupid, Hugo Schwyzer. You know Hugo, that’s the guy who spent his time as a college professor teaching history, gender studies and bending his young female students over his desk. Oh yeah, then he tried to kill his ex-girlfriend. A paragon of enthusiasm, that guy.

That first foray into unexplored stupidity was back in 2007. Of course, feminists don’t much care who gives them a stupid idea, but they know one when they see it, and have limped forward with it long enough to give it some traction.

It reared its misshapen head again in at feministing.com in 2010, and you can see more recent, um, enthusiasm for the idea here and here, and here.

I give it a year to be as popular as blaming your personal inadequacies on patriarchy. 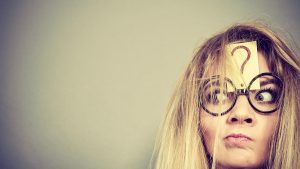 The whole pretext for the idea is that we need to make extra, extra super speshul decoder ring sure that the girl grabbing your crotch, painting your eardrum with her tongue and dry humping your leg really wants to have sex. Oh, and make no mistake about it, even in the feminist’s imaginary genderless realm, we are still talking about the boys getting that enthusiastic consent from the girls. They have not found an idea stupid enough to change that one, but we can hope.

I have a much better idea. Since in the feminist world, modern women don’t have enough sense to communicate their desire for sex without following the prescribed guidelines of gender ideologues, and since boys are expected to gain expertise in “enthusiastic consent” in order to avoid a rape charge, then let’s go ahead and remove any possibility of ambiguity (and spontaneity) from the sex lives of everyone.

Ladies, if you want to have sex, get down on your fucking knees and beg for it.

Better yet, do it in public. Stop foreplay and take a trip to the mall so there will be lots of witnesses. When you plead for the cock, make it loud and desperate and as self-humiliating as possible — so he’ll know you’re enthusiastic. Invite your parents to watch if you have to. It is the only way to be sure you are not being raped. God knows, and so do feminists, that you’re not smart enough to know what you want and how to express it in a way that works for you and the person you are with.

And if you think that sucks, thank your feminist friends. They are the ones who are convinced you are not capable of doing what human beings have been doing for three million years without a set of instructions and permission from Hugo Schwyzer.

Note: this article has an interesting rebuttal from Typhon Blue–she thinks this may be a good idea.–DE

PrevPreviousSleeping Beauty and her rapist?
NextDo you want chivalry or equality? Yes?Next
Menu