Talk to nearly any feminist and you soon get the impression that men like nothing better than to return home from a hard day’s work, kick the dog, slap the kids, and beat the wife who was far too busy watching Oprah while the kids were in school to have his dinner ready on time. But for those feminist-defying men with the audacity to risk accusations of misogyny because they have refused to waste their hard-earned cash by spending it on the latest whims of their favorite Disney princess and have instead gone their own way, allow me to present you something better.

“She’s Toast” is my variation on traditional French toast that most certainly can and should be done your own way whether that way tends more towards health consciousness or decadence. I like to begin by baking my own bread (recipe to follow), but store bought is just fine. Do it your own way, start with your favorite bread.

Spray a non-stick skillet with cooking spray, then warm on medium heat.

Beat the eggs, milk, sweetener, and spices with a whisk or fork in a flat-bottomed dish barely large enough to lay a piece of bread in the bottom.

Place a slice of bread into the egg mixture, flip and allow it to absorb some of the mixture. Place the bread in the skillet.

Repeat with the other slice of bread.

Allow the bread to brown on the bottom, being careful not to burn it.

Flip it over. It is done when both sides are lightly browned. The bread should still be moist, but no liquid should be oozing out when cut.

Topping with butter and maple syrup is traditional, but use your imagination or one of my suggested topping below.

For an even simpler version try just putting the bread into a toaster and forget the other ingredients. Yes, at that point it is just toast but with the right toppings, even plain toast can be quite tasty.

I often begin with a base of dairy such as butter, cream cheese, or Greek yogurt. Peanut or other nut butter is also good. For a healthier version try low-fat cream cheese or non-fat Greek yogurt sweetened with Splenda or Stevia. Top the base with your favorite jelly, jam, honey, molasses, fresh berries, or other soft fruit (like bananas or mangos).

For extreme decadence top it with a large scoop (or two) of your favorite ice cream, drizzle it with chocolate, butterscotch, caramel syrup, or hot fudge. Smother it with whipped cream and sprinkle on some chopped nuts or crumbled candy bars, Reese’s pieces or M&M’s.

For a more savory meal I omit the spices, smear it with a bit of Dijon mustard, melt a slice of cheese on top (I like Swiss, Havarti, or pepper jack), a couple of strips of bacon, smoked salmon, or sliced tomato, and finish it with an egg (I prefer over easy because the runny yolk becomes a sauce). Add a couple of avocado slices for garnish. I’ve even served it as an open-faced hamburger topped with mushroom gravy.

I almost always add the nuts and fruit, but occasionally some of the other stuff.

I use a KitchenAid Heavy Duty stand mixer because it is powerful enough to knead bread dough and makes it so much easier, but this can be done entirely by hand, in a food processor, or bread machine (though I don’t recommend baking bread in the machine).

Proof the yeast in the bottom of the mixing bowl for 5-10 minutes in the coffee, sweetener, and oats (This allows the yeast to dissolve and become active and the oats to absorb some moisture).

Once the yeast is active you will see lots of foam floating on top.

Add the rest of the ingredients (hold back ½ cup whole wheat flour) and mix slowly on the lowest speed to prevent the flour from flying out of the bowl and creating a huge mess.

Once the dough begins to form a ball, stop and check the dough for moisture content. The dough should feel slightly sticky, but shouldn’t stick to the sides of the bowl or your fingers when you handle it.

Add the remaining flour in 2-3 additions until it feels just right.[1]

Continue kneading for five minutes (you may need to adjust this if you aren’t using a mixer). Do not over-knead as the dough may become tough.

When the kneading is finished, remove the dough from the bowl and shape it into a ball. Return it to the mixing bowl, spray it lightly with cooking spray to keep it from drying out.

Cover it with a clean towel and set aside in a warm place. Allow the dough to rise until it doubles in volume. Depending on temperature and moisture content this could take an hour or two. Be patient.

I like to use a well-seasoned cast iron loaf pan because it heats more evenly, but any loaf pan will do. Just spray it lightly with oil.

When the dough is risen, remove it from the mixing bowl by turning it out onto a lightly floured cutting board (you may not need any flour if the dough isn’t sticky).

The ball will deflate. Work the dough by turning it in on itself a couple of times.

Gently roll it around the cutting board to a ball, then work the shape into a log the same size as your loaf pan. The dough should nearly fill the pan.

Push it around a little to even it out. Spray it lightly with cooking spray and cover it once again with the towel.

Allow it to rise for about an hour. Pre-heat the oven to 350 degrees F while the dough is rising.

Once the dough has risen an inch or so above the top of the pan and looks more like a bread loaf, place it in the oven and bake for about 45 minutes.

When done, allow it to set for a couple of minutes; no more than five because the loaf may begin to sweat in the pan and the crust may become a bit soggy.

Remove the loaf from the pan. It should just lift out or fall out if you turn the pan upside down (careful the pan will still be piping hot).

Cool the loaf at least 10-15 minutes on a wire rack (so air can flow around all 6 sides) before cutting. The cooling allows the structure to set so the loaf will retain its shape.

I love to eat this while it is still warm. It doesn’t need any sort of topping (not even butter). Allow the loaf to cool completely before placing in a plastic bag (I use a grocery bag) for storage.

This makes about 10-12 slices and is perfect for my She’s Toast recipe.

Because there are no preservatives it lasts only about 2-3 days. If you can’t eat that much bread, try feeding the leftovers to your dog instead of kicking him.

Of course, you will risk being called a misogynist by feminists who would prefer that you conform to their idea of manhood, but your dog will love you for it.

[1] This is important to the final shape and moistness of the loaf. It effects the rise. Too much moisture and the loaf will fall flat and not hold its shape. Too little moisture and it won’t rise as high and may be dry and crumbly. It could take a little practice to get it right. 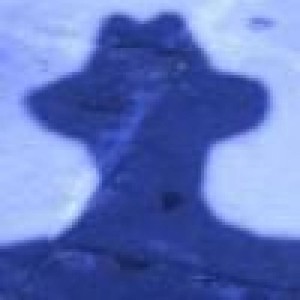