I just read a comment regarding the recent doxing of a couple of high profile MGTOWs. It seems it is already an AVFM conspiracy. I am not going to link to any of the crap referenced. What I will do is answer this nice gent’s request.

Speaking about MGTOW, Barbarossa and Stardusk got doxxed (sic) and Bar Bar (not Stardusk, he handled it better) is blaming MRAs for the attacks. This one idiot, Ravishing Rick Rude, his vendetta against AVFM is so deep that he’s blaming Paul Elam personally. Anyone have any thoughts on that?

Yeah, I got a couple of thoughts on that. Several, actually. If what you are saying is true, I think these guys probably think communists are hiding under the bed, too.

Prediction right now. No one has any evidence at all that this had anything to do with me or AVFM. I guarantee it. And they never will because no one here had anything to do with it. I know this for two reasons. One is I know the people here. The other is that they know me. Everyone knows that anyone who did something like that would be gone the moment I found out – and that I would find out because of all the people who have my back.

Another thing I have a “thought” on is for them to quit acting like Anita Freaking Sarkeesian. So you got doxed. What do you want now? A kickstarter? A handkerchief?

I get that some people need to hide their identity in the wider men’s movement. They should work behind the scenes if they can’t take the heat. That is not an insult. We get articles all the time from people who use pseudonyms. There is some brilliant stuff written here in the shadows, and incredible work that goes on behind the scenes.

But what were these guys thinking? Did they think they could draw a large an audience as they do, successfully disseminating very controversial and provocative material, and that people who wanted them to shut up bad would never do this?

You have got to be kidding me. It cannot possibly be that any of these guys are that stupid. Either that or we must pause to offer respect to the idea that there are different kinds of intelligence, and no one has all of them.

I think you have to admit, though, that the expectation secrecy would survive notoriety would fairly be described as incredibly naïve.

I take no pleasure at all in seeing these guys get treated like this, though I think it is an unavoidable lesson. If you can deliver a message, like that found in Bar Bar’s consistently superior videos, don’t do it unless you are willing to stand publicly with your beliefs.

Unless you are willing to go through a lot worse than this little hiccup, you might want to listen to what I am saying.

People who front this wave of change, all of them, even the ones who hate each other, are going to get doxed. And that is if you are lucky.

So, my advice, for those who want to take it, is that there is lots of room for badly needed support work. That would be writers, videographers, web experts and a host of other things. But if you want a growing personal following, and you have the stuff to make it happen, don’t do it unless you can handle the consequences.

NEWSFLASH! UPDATE! Even as I was starting to think this piece was wrapped up, more news arrives. The culprit in the doxing has apparently been identified as somone who goes by Tim Shmiggen. I certainly have seen his name in many MHRA circles. And, just as I predicted, it had nothing do with anyone from AVFM. 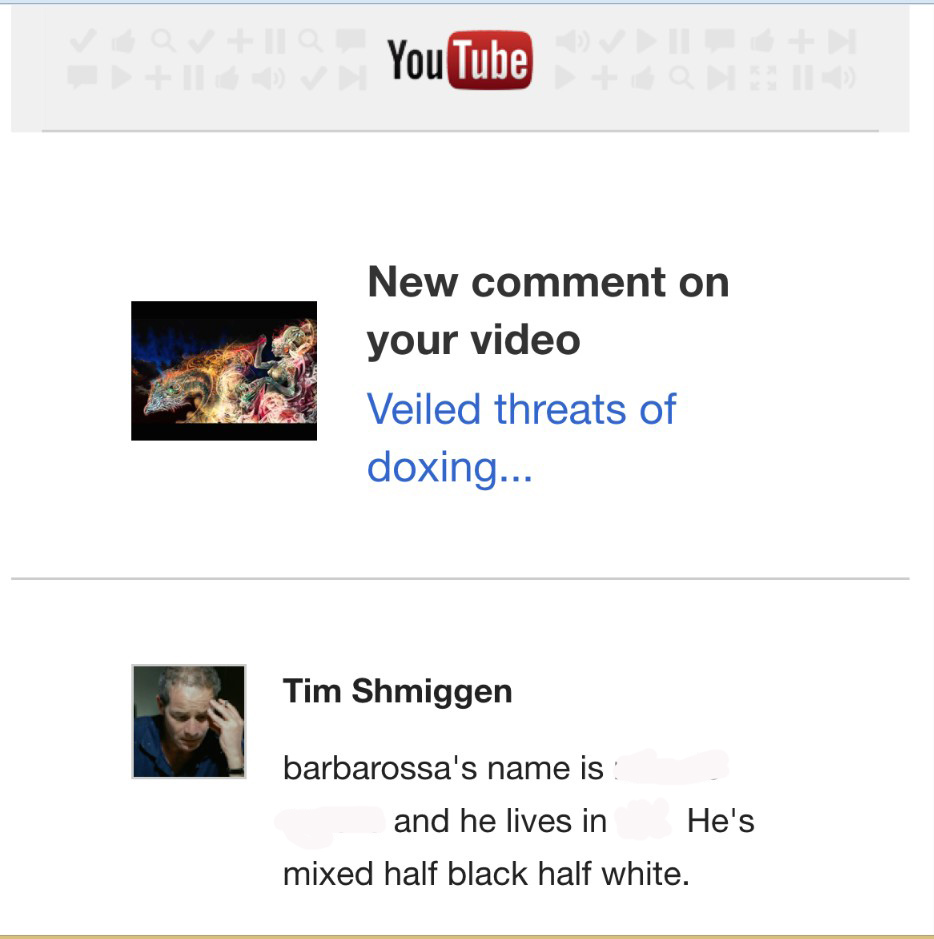 And here is a little more advice for those inclined toward ideological pissing matches and WWF level drama with other men and women who share largely the same views, you might want to stop and think about who is going to pay the price for your stupidity.

And I again invite you to consider how you want to react to the harshness that marks personality cults and movements on the internet. Decide if you want to stand on a chair and shriek because there is a spot of sunlight on the floor that might illuminate you, or if you want to take a stand in the real world, or better yet if you are vulnerable, do something else where you are more protected.

A solution to prevent veteran suicide