A mansplain of feminism femsplained

The web site known as “The Conversation” website boasts a tagline of “academic rigour, journalistic flair.” Implicit, it seems to me, is that we can expect academic rigour and journalistic flair to be combined in their articles. If the article by Chilla Bulbeck entitled “Explainer: Feminism” is anything to go by, they should put a question mark after both claimed traits.

The piece begins with a picture of a bunch of men and women, with the Eiffel Tower in the background (how very cosmopolitan), throwing brassieres in the air. The people are fully clothed, which means that they brought extra bras along for the photo.

The bra, of course, is a symbol for Feminism. It can represent the feminine, being a garment uniquely designed for women. It can also represent their oppression, being a garment that restrains them. Throwing them up in the air no doubt has some special significance which only a true feminist will see.

The picture does set the tone for the piece. The theme, at least for me, is symbols over substance.

“For most feminists, however, feminism is a political practice – a desire to change the world.”

Any idea what that might mean? A practice is something one does. A desire is something one has. Can Feminism be both? Of course it can. Feminism is the right to talk utter nonsense and demand that others be awestruck by the Feminist intellect.

A case in point can be seen in the comments. A Glen Baxter takes issue with the various statistic and arguments presented in the piece and puts forward a few alternative arguments.

And you finish with the standard Feminist appeal to emotion – “We feminists are fighting oppression, so we must be right and if you don’t agree with us you are for oppression!”

Glenn, I suggest you read the article Shauna Murray posted a link for. You think emotion is inferior to reason…

Instead of answering Glenn’s points directly, she does exactly what he accused her of. The link in question is to someone claiming yet another study proves the oppression of women. Glenn is not only being told which facts to use, but how he should feel after reading them.

But, of course, I am being too patriarchal. Bulbeck was clearly caught up in the moment of making grand statements of the glory of Feminism to be worried about grammar or syntax, never mind logic. I can just imagine her blinking back those tears of pride as she contemplates changing the world, Feminist style.

Bulbeck takes us through the three waves of Feminism with all the academic rigour one might expect of a pamphlet spruiking the latest anti-wrinkle cream. Women, we are told, “struggled for the vote” in the early 1890s. Of course, this implies that men have always had the vote.

Let me give you another pamphlet guide to universal sufferage. In 1780 only 3% of men in England and Wales had the right to vote, with even less in Scotland. Outside of these countries, practically no one had the vote. In the years that followed, in fits and starts, that 3% was increased to what we now call universal suffrage in most Western countries. There are still many countries where the vote is either non-existent or too corrupt to call suffrage.

And who voted in those changes?

And Bulbeck, like a good Feminist should be, is petulantly ungrateful for their role in the matter.

There are more glaring omissions from this version of history. Women, it seems, were oppressed for a long time.

Women have struggled for greater participation in spheres reserved for men in every nation, dating back at least to 620BCE.

Any idea why 620 BCE was any different to 621BCE? Did women have the vote before then? Let’s just blink back the tears of pride and march on, shall we?

Unchallenged Patriarchy, implied by Bulbeck, continued at least until the 1890s when the first wave commenced. It was here that the vote was “won” by women, among a few other triumphs. Seamlessly, she moves on to the second wave in the 1960s. This might give the uninformed the impression that the first wave lasted some sixty years, but those with any idea of history would know about the two world wars. They come up even in the most rudimentary of pamphlet explanations of the twentieth century.

The importance of this is that Feminists were not keen on “equality” when men were dying on the battlefield. No, Patriarchy was just fine for the average Feminist. It was far better to be handing out white feathers in London than going “over the top” at the Somme.

More importantly, it is hard to run a misandric campaign in the face of such monumental sacrifice. I’m not saying that there weren’t any Feminists narcissistic enough to run one, but the attempts to describe men, as a class, as the enemy would not have received much traction. Those not killed by the wars returned physically and mentally scarred from the ordeal. Their families would not have stood idly by while the Feminists tried to run them down.

For these reasons, Feminism took a sabbatical. By the 1960s, of course, generations not directly touched by the wars began to have influence in our societies, and so Feminists could begin their campaigns of bigotry again.

The second wave was fragmented into “socialist feminists,” “liberal feminists,” “women’s liberationists and “radical feminists.” Bulbeck is not clear on what brings all these disparate groups under the banner of Feminism. The common link, it seems to me, is that they are all different expression of the same basic theme:

The above quote is from the description of the third wave. Indeed, the whining and complaints of oppression blur into a one mind-numbing moan, wave after wave:

…wives had to be freed from exploitation of their unpaid domestic labour by husbands.

[T]hose gender relations that make women and femininity inferior, underpaid and exposed to danger from men and masculinity

On and on. The unseen (except by Feminists) hand of Patriarchy guiding men to participate in female subjugation.

She then asks if we are living in a “Post-Feminist era.” Clearly, Bulbeck doesn’t think so.

Ongoing inequality, which cannot be denied and despite over a century of women’s activism, is explained in two major ways.

The two major ways are contradictory. The first is that the ground work is set and women will become, in practice “equal” at some point in the future. The other explanation is that “society is now equal” and the inequalities of outcome can be explained by “…women and men are just expressing their natural desires and talents.”

Indeed, for Bulbeck, Feminism is needed now more than ever.  She begins the whole sorry saga with this current assessment of the status of women:

Yet there is no society on the planet in which women are equally represented in what that society most values and rewards, whether that’s opportunity, money, status or power.

So Post-Feminism Feminism is probably the next wave. As always, progress is being made, but there is still so much more to do.

For those who find themselves wondering what Feminism is doing for men, Bulbeck lays it out for all to see. She takes the argument of “natural desires” and turns it back on Feminism’s critics.

Interestingly this argument is not used to explain male disadvantage. Boys are thought to lose out in schools because of prejudice in the “female-dominated” environment and not because of boys’ lack of interest in learning. Men lose out in divorce battles because of discriminatory legislation and judges, not because of men’s lack of participation in child-rearing. As a result, feminists are accused of crying “victim” where the men’s movement is not.

It may be that Bulbeck doesn’t do reason, but her doublethink is sublime. Throughout, she claims that women are victims of men. At the same time, she calls out men for claiming victimhood, because that kind of behaviour is just wrong. Of course, what makes her right, and the whining men wrong, are the facts. But if we dare examine the facts, we are oppressing her emotion by our reason, which only proves that Feminists, if not women, are the real victims.

But this dismissal of men and their issues is not limited to the men’s movement. Consider her view that one of the “victories” of the first wave of Feminism was “for mothers’ custody rights to their children.” Clearly, this is not an “equality” issue. Mothers can only get custody when fathers are denied custody. Its one or the other. If equality were the order of the day, then shared parenting would obviously be the way forward. Of course, this would interfere with women’s alimony which in many countries is now called child support.

The interesting thing to note here is that when fathers were generally awarded custody, there was no expectation that the mother should make a financial contribution.

As I said, this is not an equality issue.

But then again, none of it really is. Bulbeck’s explanation of Feminism is merely a collection of sound bites and thought bubbles glued together with equal proportions of misandry and female victimhood. Inequality alternates between a rallying cry to the faithful and an expedient argument to justify Feminist bigotry towards men. 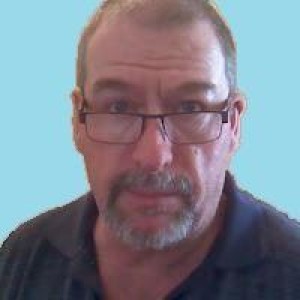