20 studies show how women do not support other women

I collected these studies in one place because women talk a lot about supporting other women but when it comes down to it, women often undermine each other in insidious ways.

That women in general cannot seem to get along with other women in the long-term has been one of the great disappointments of my life, and I do wonder if it’s possible to better support each other, have more productive relationships with men, and better serve our communities if we have a better understanding around our own behavior and motivations.

3. Regardless of their own promiscuity, all female participants viewed sexually permissive women more negatively: Birds of a feather? Not when it comes to sexual permissiveness.

5. Females relationally victimizing each other has been observed even in elementary school: Relational and physical forms of peer victimization in preschool.

8. The lifetime prevalence of violence by an intimate partner is 43.8% for lesbians vs 16.4% for gay men: The National Intimate Partner and Sexual Violence Survey.

9. Mommy Wars: working mothers and stay-at-home mothers argue over who are better parents: “Welcome to the Mommy Wars, Ladies”: Making Sense of the Ideology of Combative Mothering in Mommy Blogs.

10. Women react more negatively than men do when outperformed by their same-sex peers: Sex differences in reactions to outperforming same‐sex friends.

11. Even in elementary school, girls are less comfortable competing against their same-sex peers: Greater Discomfort as a Proximate Cause of Sex Differences in Competition.

15. Female groups engage in social ostracism more than male groups: Human Sexual Differences in the Use of Social Ostracism as a Competitive Tactic.

17. Women may think other women are good managers, but don’t want to work for them: An exploration of unspoken bias: women who work for women.

18. In the workplace, women often see highly qualified female candidates as “competitive threats” that might be preferred and lower qualified female candidates as “collective threats” that could reinforce negative stereotypes about women and do not support either as work group peers: Female tokens in high-prestige work groups: Catalysts or inhibitors of group diversification?

19. The majority of women said their relationship with their female in-law caused them long-term unhappiness and stress: In-law tensions hit women hardest.

20. In a study of “misogynistic” Tweets, roughly half were sent from women about other women: The Use of Misogynistic Terms on Twitter.

Feature image: Breaking up of the Blue Stocking Club by Carl H. Pforzheimer (1815) 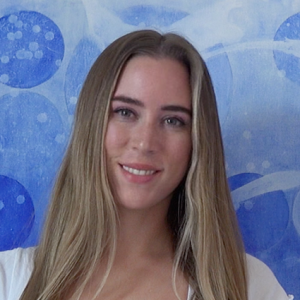