Public discussion of rape based on ignorance, bigotry and superstition

High-quality, nationally representative survey data indicate that rape of men is about as prevalent as rape of women. Moreover, under current understandings of rape, women rape men about as often as men rape women. At the same time, criminal justice systems are highly biased toward punishing men. That produces a stark gender inequality. On any give day around the world, about fifteen times more men than women are sitting behind bars as prisoners of authoritative criminal justice systems. When is the last time you heard any public concern about that life-destroying gender inequality?

While important, largely untold facts about rape aren’t difficult to learn, contemporary public discussion of rape is mainly based on ignorance, bigotry, and superstition. A recent scholarly study declared:

Contemporary understandings of sexual victimization have been informed by the reality that men’s sexual violence toward women was ignored for centuries and remains dangerously well tolerated in many regions of the world. [1] 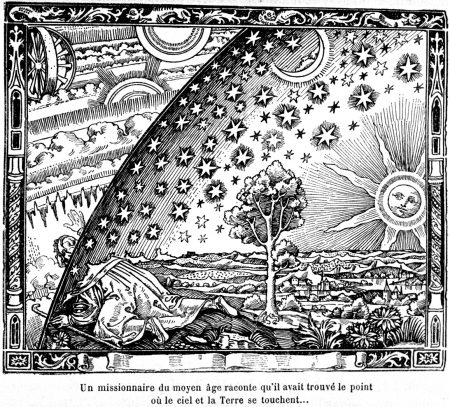 While in no way seeking to minimize the very real phenomenon of male perpetration, we examine female perpetration so as to explore the gender dynamics at play and to understand sexual victimization more fully. In so doing, we argue that new attention to female sexual perpetration serves important feminist goals. [2]

In order to be well-regarded, scholarly work today must strive to serve feminist goals. In fact, the very real phenomenon of female perpetration has been much more commonly minimized than that of male perpetration. This study itself referred to “professionals & a culture of denial”:

One means of downplaying female perpetration is playing up female excuses. This study advocated research that “attends to women’s past victimization issues” and urged “taking into account the troubled background many such women possess.”[4] In studying men perpetrators of sexual violence, no equal concern is shown for those men’s past victimization issues and the troubled background of those men. Not surprisingly, the study called for “feminist approaches” to studying female perpetration.[5]

Scholarly ignorance, bigotry, and superstition constrains understanding of sexual violence. Within the mass of thoroughly anti-men gender-bigoted scholarship relating to criminal justice, one can find a rare nugget of good reason:

We conclude by recommending that public health and policy responses embrace a new, gender inclusive response to sexual victimization. This ought to entail, among other things, the attention of healthcare and criminal justice professionals to the reality of female perpetration, the inclusion of inmates in our national conversation about sexual victimization, and an expanded research agenda to study sexual victimization more comprehensively. [6]

Although about four times more men die from violence than do women, the international elite has prioritized violence against women:

For the last few decades, the prevailing approach to sexual violence in international human rights instruments has focused virtually exclusively on the abuse of women and girls. … There are well over one hundred uses of the term “violence against women” — defined to include sexual violence — in U.N. resolutions, treaties, general comments, and consensus documents. No human rights instruments explicitly address violence against men. … another term employed in human rights instruments dozens of times, “gender-based violence,” might reasonably be thought to include both males and females. … {however, } “gender-based violence” is used only to describe female victimization, thereby leaving no room for much-needed gender analysis of male rape.

A focus on female perpetration might be skeptically viewed as an attempt to upend a women’s rights agenda focused on male-perpetrated sexual victimization. But attention to female perpetration need not negate concern about other forms of abuse. Moreover, a close look a sexual victimization perpetrated by women is consistent with feminist imperatives to undertake intersectional analyses, to take into account power relations, and to question gender-based stereotypes, as we explain.

Id. See also id. p. 309. This article doesn’t consider that it might be skeptically viewed as attempting to forestall thorough, deconstructive critique of the dominant ideology’s anti-men gender bigotry.

[6] Id. p. 303. The actual conclusion inserts excuses for female perpetration. See id. p. 309 and discussion above. Popular media has treated as stunningly revelatory Stemple’s reporting that women and men commit sexual violence in roughly equal proportions. What’s actually extraordinary is that a legal scholar has acknowledged that truth, even while striving to avoid undermining the dominant ideology.

[7] Lack of commitment to truth and good reason makes much scholarly literature on rape and sexual violence an ugly spectacle. Scholars have almost always lacked the courage to describe honestly the problem. Consider:

In 1975, Susan Brownmiller famously described rape as “nothing more or less than a conscious process of intimidation by which all men keep all women in a state of fear.” With the might and imprecision of a sledgehammer, Brownmiller’s words forced sex and gender to the center of the rape discussion. This perspective, usefully provocative in its era, reads today as an unreasonable generalization, particularly the author’s accusation that all men consciously use rape to intimidate. By creating a perpetrator class of men, Brownmiller dangerously sets up men as implausible victims.

The caption under the engraving states in English translation: “A missionary of the Middle Ages tells that he had found the point where the sky and the Earth touch.” The engraving itself dates to no earlier than the late eighteenth century. Since the 5th century BGC, learned persons, including those in medieval Europe, have recognized that the earth is spherical. See note [7] and associated text in my post “earth’s a square, heaven a circle.”

Brownmiller, Susan. 1975. Against our will: Men, women and rape. New York, NY: Simon and Schuster.