The radfem conquest of Sweden

When I was a young boy I asked my parents what there was to stop another Hitler coming to power. They assured me that there were various democratic processes that would safeguard against such a thing ever happening.

Many years on and due to life’s experiences, I have been brought to the conclusion that a psychopathic power will not be prevented by democratic processes from gaining control so long as they don’t wear a funny mustache.

That is a quote from the movie Terminator. Though taken from a fictional story it has some degree of aptness as regards the stance of radical feminism’s ambitions based on an unswerving hatred and intended harm that is the trademark of their mental condition.

Radical feminism has declared its psychosis by expressing its desire to destroy the male gender or to harm as many males as possible. As with all extremism, it does not matter about the quality, majesty or beauty of those who are targeted, nor their obvious innocence in the eyes of most normal people. The psychopathic mind creates its own logic. It attaches blame and vilification to those it chooses to demonize and persecute. It does so without remorse or compassion and those that appeal for mercy or compromise cannot expect any.

Some hope that a solution can be found by working together. However, the feminist’s imperious influence which has moved them into controlling funding sources; colonization of body politic thinking; plus their dominance in mainstream media and charitable institutions gives them such a powerful position that there is no reason for them to bargain away any concessions to the inferior sex. Feminism acts like a shark consuming and campaigning to change society into a society where misandry is the norm and men are the despised underclass.

To see what sort of future we may expect I looked to Sweden (population 9.5 million) to see how that country was conquered by Radical Feminism.

I recently bought a kindle version of a book by Oscar Swartz called “A Brief History of Swedish Sex: How the Nation that Gave Us Free Love Redefined Rape and Declared War on Julian Assange” It cost just £5 from Amazon.

The book gives a chronological account of how Sweden was transformed from being a so called utopian ‘liberal democracy’ into a modern day totalitarian witchocracy. It is a destiny that Australia is frighteningly staring down the barrel of unless the political and legislative classes there can miraculously find the courage to stand up for common sense.

Sweden is a showpiece example of how ridiculously scary Radical Feminist rule is and how Sweden is an international embarrassment. Hotel workers there are trained to spy on their guests in case they should indulge in any untoward sexual activity. To be male is to be regarded by some as equivalent to Taliban terrorism. A girl being teased on a school bus can try to claim rape because she thought the boys’ willies stood up.

Leading Swedish Radfem academics, Professor Christian Diesen and Eva Diesen from Stockholm University published a book calling, not for 200 men to be convicted of rape each year but 25,000. “The average Swedish man should ideally spend a year of his life in gaol [jail] due to poor sexual interaction with women.”

In the blind insanity amongst the political classes the drive for ‘one upmanship’ has left Swedish citizens with no electoral choices as the different political parties seek to show off  who can be more feminist by calling for ever stiffer penalties against men only. Sex is not illegal to sell, only to be perceived to buy.

The dark tide of tyranny, directed at a single sex has created a misandric paradigm that can only be described as psychotic as the Nazis or Stalinists ever were. Sweden is a dream society for radfems where a man, accused of rape, has to prove his innocence. Anyone with an ounce of logic will know that to prove a non-event is extremely difficult.

Below is an extract from Oscar Swartz’s book. It is an account of what happened to 18 year old Joakim who fell out with his girlfriend. He is now one of the 200 men being convicted of rape each year, most on bogus charges.[box type=”alert” icon=”none”]

Joakim, 18, spends an evening at his computer. He is in his boy’s room in his mother’s four room apartment. As usual he has spent some time with his girlfriend. She often stays over at his place as she has a lot of conflicts with her parents. The pair has sex practically every time they meet, oral as well as vaginal, which is no secret to the mother as the flat is not very sound proof. Sweden is still quite tolerant in these matters: Young people can have sex at home. The girlfriend herself says that they have a good relationship and that they like each other. They watch movies, meet friends and make trips on his moped. This evening she goes to bed while Joakim stays at his computer.

Next day the girlfriend is picked up by her mother who brings her shopping for a journey she actually doesn’t want to make: Going to Finland with her parents on September 27 – 29. She would rather have stayed with Joakim. He calls her 2-3 times every day from his mother’s phone on her Finland tour to keep the girlfriend’s spirits up. When she returns from Finland she spends the night with him and they have sex as always.

On Saturday October 2, Joakim had to see his grandparents. He had promised to call his girlfriend the minute he returned home. He did not however, thinking it was too late. She is disappointed and wakes him up by a call the following morning and complains. The quarrel ends by Joakim saying that she has 24 hours to decide whether to continue seeing him. She says she does not want to stay together. Joakim returns her belongings.

Joakim sentenced to prison for rape The sentence against Joakim, 18, is passed for the events on September 25, 2010. He gets four months’ imprisonment for rape and is convicted of paying damages to his ex-girlfriend. The girlfriend considered Joakim being the one breaking up although he only took her at her word and handed back her belongings.

The subsequent day she met her social worker to talk about her problems with her parents that she so far had been able to flee from to Joakim. She wondered what would happen if she would now report that Joakim one week earlier had woken her up with his penis between her lips. The social worker checked with the Police who said that in legal terms it could be a crime. The girl then reported her former boyfriend Joakim to them and asked for large damages. A chat conversation had been saved and used as evidence in court: “i put my cock in ur mouth once for 3 sec when u slept (…) did i force u to have it? it dont count as trying rape, just if i had continued, i stopped at once, i fucking tested it one time”

Three seconds of bodily touching between two persons in a relationship who normally have sex – including oral – every time they meet is however regarded as a serious crime in Sweden. It does not matter that they after this incident had sex as usual as soon as they were reunited after her trip to Finland. In the judgment one can read:

“Through the information it is proven that Joakim NNN at the time has put his erect penis in A’s mouth through improperly exploiting that she due to sleep was in a helpless state. The district court also finds that there has been a question of a sexual act that with with regard to the nature of the violation and the circumstances in general, is comparable to sexual intercourse. Joakim NNN is therefore guilty of rape (…) Rape according to Chapter 6, Article 1, second paragraph of the Penal Code carries a penalty of imprisonment for at least two years and a maximum of six years. If the offense under the circumstances is to be regarded as less serious, the sentence (…) is imprisonment not exceeding four years. If, in view of the circumstances , the crime is considered less aggravated, a sentence to imprisonment for at most four years shall, according the third paragraph, be imposed. (…) In this case, it has been the case of a short-term events. Joakim NNN has suspended his act as soon as A woke up and made it clear to him that she did not accept his actions. No violence or threat has been present. The District Court therefore finds that Joakim NNN shall be sentenced for rape under Chapter 6, Article 1, third paragraph of the Penal Code.”

If the proposal from the Center Party (c) in the Parliament on March 2, 2005, had won, 18-year-old Joakim would have been sentenced to two years’ imprisonment for his three-second contact between his and his girlfriend’s bodies that he immediately interrupted when she woke up, pushed him away and turned over to sleep again. If the current development of Justice policy proceeds it could very well be that ordinary bedroom behavior between two partners can lead to two years’ imprisonment. The ex-girlfriend demanded that Joakim pay 75,000 SEK (10,440 USD) in damages for the violation and 10,000 SEK (1,400 USD) for pain and suffering. The judge lowered this to 25,000 SEK (3,480 USD) and 5,000 SEK (700 USD) respectively. In the publicly available judgment the name, personal registration number, and address of the sentenced perpetrator Joakim is obviously written out. There is however no information whatsoever about the girlfriend, since her name is classified as secret, as always in rape cases in Sweden. We cannot even know her age. Due to her school situation (High School) she should be between 16 and 18. Age is not a case. She was in no way underage since the age of consent is 15 in Sweden.” 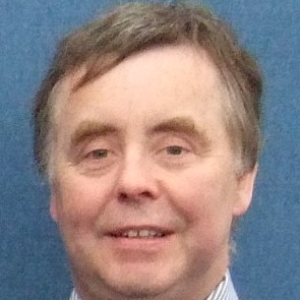