It feels like it never ends: Feminists like Jenna Price of The Canberra Times and Daily Life say they want equality, but when it comes to Domestic Violence, when faced with a serious discussion of male victims, they label it a failure and bitch about statistics.

Recently the New South Wales, Australia Police finally took a progressive step towards addressing the topic of men being victims of Domestic Violence. And before I go much further I would like to say a big thank you to New South Wales (NSW) Police for responding to the people who have requested equal representation of male victims of Domestic Violence. This is what they posted on Facebook: 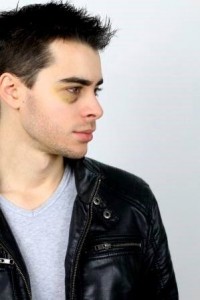 You hear her screaming. The windows breaking.
You see the bruises. The look of fear in the children’s eyes.
The police are called.
But don’t assume you know how this story ends.
Because she is the one who is arrested.
And he is the innocent victim. He is the one living in fear.
Domestic violence does not discriminate. Last year, 1 in every 5 domestic violence assaults that NSW Police responded to involving intimate partners were for male victims.
The NSW Police Force has zero tolerance for domestic violence. You make the call – we’ll make it stop.

I work with the Men’s Human Right Movement and speak with a lot of people – either through the movement, my friends or family – who have suffered domestic violence either from their mother or the woman they love. Unfortunately, a lot of the men who have told me stories of their abuse have not ever reported this. One of the men I know who had been the victim of domestic violence, was arrested when the police attended the incident. This man has filmed that same partner threatening to tell the police that he hit her, even though he had not – because he had spoken of kicking her out of his home for breaking his belongings in a fit of anger. Although this is a perfect example of common scenarios, it does nothing towards making the public see violence against men of equal importance to violence against women.

This year the NSW Police have been posting images of women bruised and cowering with men standing over them and wording messages in terms of male on female violence. Many people stormed their images and posts depicting men as the perpetrators and women being the victims requesting and demanding that the other side of the coin be addressed.

Many people felt that this was a sign of our intolerance to awareness being raised about Domestic Violence against Women. Our message was drowned out by the defence of the well-known female victim narrative, a barrage of inconsistent statistics trying to validate why a woman being hurt is much more “importanter” than a man, abuse was hurled at us and accusations of “misogyny” ran rich.

Our request was not to remove this message, our request was not to discontinue discussions on female victims. We simply want to see male victims discussed and held at the same level of importance within society as female victims. When we finally saw this from the NSW Police it was a huge relief and win for us. Many men were filled with tears, emotion & shock that they were being publicly recognised by our police. NSW Police have started to include male victims side by side with female victims. This is all we were asking – for men to be seen of equal importance to women, to be seen as human beings worthy of protection and acknowledgement.

Once again – we thank you!

This is a great move towards equality and a non-biased agenda, so everyone claiming that women be equal with men should be happy to see this, right? Wrong.

I am not sure why people are losing their minds over a “we do not discriminate against gender” message from the police. I am confused by the fact that now equality is now being served, the women demanding “equality” to men are shaking in their boots.

You can’t help but think that special treatment and greater funding geared toward female victims is the desired outcome, not equality. If you do a quick Google search for charities, shelters and organisations that employ many people in New South Wales within the Domestic Violence sphere, you will quickly realise that they exclusively cater to women and children – despite the fact that at least a third of domestic violence victims are male.

Suddenly, we are seeing a backlash and the bigots are out in full force.

There is one particular article which has rubbed me the wrong way that I would like to speak about. For the past 5 days I have been trying to put into words the anger I felt, as have many others – towards an opinion columnist named Jenna Price. Her article, written within a few days of NSW Police’s post was titled “NSW Police fails domestic violence victims with flippant social media post.”

First things first, nothing was mentioned about the previous two posts this year showing similar images and using police statistics to pass forward a message of zero tolerance affecting women. Nobody in the feminist community has said anything to question the statistics, images or message put across. It was accepted and praised. However, now we are seeing police acknowledging and attaching their call out statistics for male DV victims – people such as Jenna Price are quick to express their OPINION that this cannot be correct and it must be dishonest lies.

Let’s get a few things straight. The post stated that 1 in 5 call outs by the police to attend domestic violence incidents were responding to a male victim. This is not the statistics however for how many victims there are who do not report. Peer reviewed statistics show that at least 1/3 of domestic violence victims are male, and possibly as many as half, are male. I would suggest you visit the website www.oneinthree.com.au – to see studies, surveys and articles showing how the public narrative that is insinuating male victims of domestic violence are a myth, are very much incorrect.

While all the statistics are available to show that the 1 in 5 statistics is quite conservative these women continue to attempt to discredit the messages being sent out that women ARE violent. They will stoop to the lowest of levels to attempt to uphold the image that women cannot possibly be violent and will jump at any opportunity to push their “toxic masculinity” opinion in the wake of a tragedy. An example of a feminist “opinion” columnist who did this is Ruby Hamad who in the wake of the Sydney Siege and told us that the issue was not Islam, rather the fact that he was male.

An idea raised by Jenna Price was that we are not specifying how many of these victims are in homosexual relationships, now this obviously is taking place because they feel that males somehow have to be responsible for the majority of violence. Well let me ask you this – why are we not hearing from feminists about the peer-reviewed studies that show that DV is more common in lesbian relationships than in gay male relationships, and is even higher than in hetero relationships? We are not specifying this when speaking about violence against women so WHY is it suddenly important now?

I have looked into the relevant studies, and given the fact this was written by the NSW Police I tried to find the most recent and local study into domestic violence between homosexual couples. I managed to find a study conducted by ACON and The Same Sex Domestic Violence Interagency Working Group. Here are a few images I took to show the figures in Sydney, showing that it is being reported that more women have experienced violence from a female partner than men in homosexual relationships:

A SNAPSHOT OF VIOLENCE AND ABUSE IN SYDNEY LGBT RELATIONSHIPS 2006

This kind of study shows one of these to be true: women are either more likely to become victims in intimate partner relationships irrespective of sexual orientation, or they are more likely to identify and report abuse.

Which is exactly why we need to be discussing domestic violence against men. Jenna, you know the part where you wrote that there is nothing wrong with discussing male domestic violence victims? You really should have stopped your post there. Now you have successfully shat all over the males being represented and attempted to pull that apart so that you could somehow make it that women are not seen as violent.

Right now there are way too many fights about statistics, more value being put on the abuse of one demographic (mainly gender). One comment on the NSW Police photo said “When they fix the bigger problem with women and children, I will be able to share sympathy with men.”

My issue that I would like to raise with Human Rights discussions is the feminists’ terrible habit of turning people into numbers and valuing individual life based on how many others things are happening to. Of course we should be dedicating resources where required, however by questioning and tit-for-tatting over statistics they are essentially making it out that those who were unfortunate enough to be born on the opposite side of statistics do not matter and should not be acknowledged or discussed.

By discussing all aspects of domestic violence, the police are demonstrating that their moral compass is spot on. This, however, was challenged by women and feminists and just shows the dangers we have been presented with as a result of the push for female supremacy and dominance. Feminists claim to want equality but if equality were their motivation articles such as the one we are discussing would not exist. They would be in support of violence not being viewed as a gender issue and not feel it necessary to pick apart, shadow doubt and throw in variables to discredit police statistics.

Women are just as capable of violence and we need to create an environment where men feel they can speak and report crimes against them in their own home. If this is seen as a let down to women, then I can’t help but ask myself – and encourage you to ask yourself – what is the aim of feminism and the “End Violence Against Women” business when they claim to want equality, however when faced with equality they throw it out and attack it as quickly as it comes to the surface?

Time to help one of our own