The young Dutch anti-feminist Ava Brighton (above) has quickly made a name for herself in the MRM. Her website is here. She burst onto the consciousness of MRAs nine months ago with her first video, ‘Are Almost All Women CLINICALLY INSANE?’ She has since published another 17 videos, the latest being the trailer (11:14) for her forthcoming documentary A VOID.

I hardly need remind MRAs (and their sympathisers) how influential Cassie Jaye’s movie The Red Pill was, internationally. It was first screened almost four years ago, and I’m writing this piece to urge MRAs to help fund Ava’s documentary project, which is already well underway, A VOID. I believe it has the potential to be even more impactful than The Red Pill, in part because it focuses on the feminists’ battle which has surely caused more human suffering than any of their other battles – their battle against the nuclear family, which has had such a devastating impact on men, women and children. This impact has been both direct and indirect, for example the devastating impact of fatherlessness on children – especially boys – an issue so well explored by Warren Farrell in The Boy Crisis, and by William Collins in The Empathy Gap: Male Disadvantages and the Mechanisms of Their Neglect.

The feminist battle against the nuclear family – and against fathers in particular – first came to Ava’s attention because her partner Tristan Lonley had suffered such egregious attacks. The two of them spoke at the last Messages 4 Men conference in London, last November. Their talks are on the associated playlist (22 videos).

In these tumultuous times of change I’m here on Indiegogo, trying to raise funds for my feature documentary ‘A VOID’.

The project started off as a movie to raise awareness for alienated fathers and their children. I saw men being completely destroyed, stripped of their rights and from their children, their possessions, their sanity and, in too many cases, their lives. I wondered why this is happening to hundreds of thousands of men, all around the world. So I wanted to give them a voice, especially when I noticed men don’t dare to speak, are not believed and the system is, by default, against them: Men’s oblivion, an invisible black hole, most people don’t even know exists – until you get near it.

This became the start of a long and dark journey into the hidden realms behind feminism – if this is even the correct term, as what the female whistle-blowers described sounded a thousand times more savage than the fight for equality.

Once word got out I was considering making this documentary, female whistle-blowers started to join in, and this is where ‘A VOID’ took a sharp turn and got sucked past the event horizon of this black hole.

It made me realize I had to record all the whistle-blowers’ interviews prior to announcing the making of this movie. And now, with over 30 hours of the most important footage, ‘A VOID’ is becoming a movie in which women expose the truth behind the gender warfare. And we’ll be needing you to help us explode this evidence across the world.

In ‘A VOID’, Ava Brighton takes you on a terrifying journey beyond the event horizon of the black hole behind the feminist movement.

It’s the women who do the exposing: ominous testimonials of former feminists, mothers and academics are the centre point of the film, while at the heart are the voices of victimized men, alienated fathers telling their tragic stories. Ava Brighton doesn’t speak, the stories of these women and men are speaking for themselves, collectively providing the answers to the many questions surrounding the gender war and the hidden, worldwide war against men.

Donations have reached an encouraging £2,638 (about US$3,400) in just a few days. Her target is £109,360 (about US$141,000) and with sufficient backing from MRAs, she’ll reach the target. Among her interviewees will be Paul Elam, Elizabeth Hobson, party leader at Justice for Men & Boys (and the women who love them), Deborah Powney, the party’s spokeswoman on Domestic Abuse, and myself, party chairman.

J4MB will be making a donation to Ava’s crowdfunder shortly, and I urge all MRAs (and their sympathisers) to donate what they can. I repeat my view that Ava’s film has the potential to make more of an impact than The Red Pill, and with your support, it WILL. Let’s not pass up this rare opportunity to fund another ground-breaking movie. Thank you. 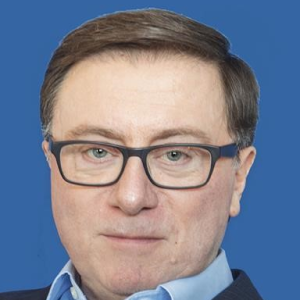 PrevPreviousSupport Clopper v Harvard Litigation – Will you stand with me in protecting my rights against Harvard and our children’s rights against those who would harm them?
NextJ4MB badges, magnets and stickers now available!Next
Menu