Here are some facts:

And here is my working thesis:

Our boys are in trouble due to the lack of positive male leadership they have in their lives.

It’s only after a conversation with a friend about how far we’ve progressed in our manhood that I realized how lucky I am to be where I am in life.

I was a delinquent teenager. For years I couldn’t stand my father. I loved booze and girls and getting into fights, and I had a weapon drawn on me on more than one occasion despite living in one of the nation’s safest towns. I was heading down a bad path.

I had an intact family. On paper. A mom and a dad that cared about a sister that I perpetually fought with and me. We had nice family portraits and the like but no real adhesive that bonded us all together.

Things have changed since then. My parents split, and my sister and I have moved out and made something of ourselves and, ironically, we’re all closer than we ever have been. But I know now just how different my present could look if I didn’t become so set on becoming a man in my own right.

“Boys are more likely to achieve if they have emotionally healthy achieving men to look up to. Dads are the best role models, as long as they give their sons healthy messages and take the time to be with them,” writes Sylvia Rimm, an American psychologist specializing in parenting, child development, and learning.

“When good dads aren’t around, moms and teachers need to search elsewhere…mothers can also be effective role models and mentors to boys, but they are likely to be more acceptable to boys if men in the environment validate them. That happens because boys seem to have a need to reassure themselves of their own masculinity.“

Bingo. Boys and men absolutely have a need to reassure ourselves of our masculinity. For some of us, the reassurance comes through intellect, for others, physicality. The bottom line is men thrive when competing against one another. It’s why we landed on the moon and broke the four-minute mile.

This leads us to our current state of cultural and societal disarray. We’re in a world where youth sports leagues are slowly doing away with keeping score, where all physicality is being banned from schoolyards, where male aggression is being medicated and where roughly 85% of elementary school teachers are women. Where and when is a boy supposed to explore his masculinity? Satiate his craving for competition?

As I said, I was one of the lucky ones. I had the benefit of being an excellent athlete and I captained my high school’s baseball and football team in my senior year. I also had teachers, specifically two male teachers, who cared. They saw I had a penchant for writing and forced me to succeed. I highly doubt I’d have ever gone to university had those two not made themselves an important part of my high school education.

But I look around and can’t help but feel that many boys growing up in 2016 won’t have the same luck I did.

As I write this, a five-year-old boy and his twin sister – they’re my neighbors – are outside riding their bikes, playing in the dirt and picking up toads in the garden. They’re great kids, and I’ve gotten to know them and their mother quite well over the past few months.

Their father is more or less non-existent. He’s in and out of jail. He promises them he’s going to pick them up from school and then never shows. When he does show, he’s distant. I’ve never seen him give his kids a proper hug.

Knowing that they don’t play any organized sports and that they attend an average Canadian public school, which is dominated by female teachers, these kids have very little in the way of positive male role models in their lives. This is going to affect both of them negatively, but the young boy will feel the brunt of not having a father-figure around because males are far more likely to fall into drugs, gangs, and homelessness than females.

So I go outside and play catch with them and talk with them and help their mom set up a hammock in the front yard. And in return, they bring me snacks, smiles, hugs and a sense of gratitude that’s so unique to children.

I don’t know how to fix the lack of great male role models. Maybe we need to encourage more young men to get into teaching or starting after school programs. Maybe it’s just a matter of getting to know your neighbors. Or maybe I am approaching a 21st-century problem from a 20th-century angle. Perhaps the next great male role models are already out there on YouTube and Facebook. After all, that’s where I found many of my role models.

Regardless, parents and educators need to take a look at the numbers and the facts: kids – particularly young boys – need good men in their life and those men have to challenge them, and they have to be dependent. If we raise good boys, we raise good fathers and if that should happen, then maybe then we can start remedying the dysfunctional mess that is the modern family. 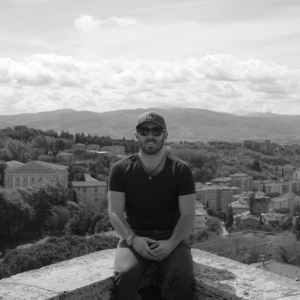