The ‘long march’ through the institutions of power was happening long before Marx and Marxism were invented, in the shape of feminists and protofeminists who pushed for more female power in bureaucratic governance positions.

Among the first to push for this included Christine de Pizan whose book City of Ladies (1405 ) described a city whose institutions were controlled completely by women. All of the protofeminists advocated for increased social power and the need to ‘integrate’ women into central positions within governing institutions.

Following them, all three waves of feminism continued their naked search for power, a project so successful that we now see women’s dominance in key bureaucratic positions throughout the world — from the UN and World Bank all the way down through national governments, schools and universities, and to HR departments in most medium to large workplaces.

Their arguments for, and belief in the superior abilities of women as functionaries guides them: women’s greater compassion, virtue, inclusiveness, nonviolence, intelligence, patience, superior morality, nurturing proclivities and so on, combined with concomitant descriptions of male destructiveness, insensitivity and inferiority as we see described in the rhetoric of modern feminists.

Feminists not only govern the modern world via their occupancy of pivotal bureaucratic positions, but such governance fails to resemble the utopia promised by early feminists; certainly not the utopic social order characterized by loving, egalitarian, and art-loving peoples free from war, conflict, and sexist domination.

The behaviour of feminist-inspired functionaries is characterized by the destructive practices of “administrative discretion” which refers to the flexible exercise of decision-making allowed to public administrators. Such discretionary opportunity is made available by the wiggle-room in the bureaucrat’s code of practice, and she or he uses that to deliver preferred, and often unfair, outcomes.

The use of administrative discretion typifies the modus operandi of all governance feminists, which is (mis)used to implement a radical feminist agenda through all levels of society. Feminism-inspired women are increasingly dominating HR roles, and as revealed by hiring biases at educational institutions, government departments and businesses, they are exploiting that administrative discretion to favor females over males. 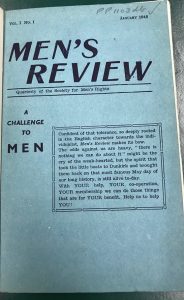 This development was witnessed by early supporters of Men’s Rights Movement who noted with concern that women seeking employment in key bureaucratic positions were misusing the positions they held. In 1948, for example, the British Men’s Review remarked,

“Women have captured practically intact the entire secretarial sphere. The communication gateway through which all letters must pass to reach those that control, whose actions can make or mar their fellow creatures lives. The possibilities with which this situation is pregnant requires but little imagination.”1

Much of this gynocentric trend was already surveyed in a review of the book Governance Feminism: An Introduction by Janet Haley, so for the rest of this article I will look at just one example of governance feminism as it exists in one of the most powerful institutions on the planet: please welcome the ‘White House Vagiants.’

Yes, that’s an actual name for a group of women employed at the White House.

Vagiants is a portmanteau of vagina and giants, though we are not informed on whether the women using the term are to be understood as giants with vaginas, or giant vaginas? Whatever the case, the gynocentric self-designation was coined by powerful women working within the Obama White House, as the following Washington Examiner article explains:

The women of President Barack Obama’s White House saw themselves as a team among themselves. There was a regular dinner of female Obama senior officials where they discussed issues specific to being women working at senior levels in the administration.

Alyssa Mastromonaco, deputy chief of staff, said the purpose of the dinners was “to support one another through the gender imbalance in the West Wing.” The senior staff women even had a gender-specific name for themselves: “the Vagiants.”

This gynocentric self-designation was off-putting to some of the pro-Obama but less senior aides not in the Vagiant club. As Obama stenographer Beck Dorey-Stein wrote: “Why does ‘Vagiant’ make me feel bad. … I wouldn’t especially love it if the men in the West Wing nicknamed themselves the 10-Inch Senior Staffs.” The Vagiants also appeared to have certain privileges not granted to other aides. As Dorey-Stein observed, with more than a touch of envy regarding their leave to wear brighter colors than lower-level White House aides could, “Only the Vagiants can wear any shade from the J. Crew catalog.”

The “Vagiants” joined together in an alliance to advance the ideas of women in the administration. The tactic they adopted was named “amplification.” It called for the women to echo the views of other women, and specifically, to agree with comments other female aides made in meetings. The Washington Post’s Juliet Eilperin took note of the amplification stratagem and wrote that “it forced the men in the room to recognize the contribution—and denied them the chance to claim the idea as their own.” Eilperin also quoted Obama senior adviser Valerie Jarrett’s approving comment on these efforts: “It’s fair to say that there was a lot of testosterone flowing in those early days. Now we have a little more estrogen that provides a counterbalance.” 2

According to the article, these senior women worked to “advance the ideas of women” and were prone to pursue “gender-specific crusades,” often to the confusion of the men with whom they worked. Predictably, male White House staff are reported to have meekly acquiesced to their gynocentric demands, thus leaving the The Vagiants and their ambitions unopposed.

Considering the high profile of such women, Vagiants — slang meaning “huge and deep vagina with loads of pubes”— appears inappropriately lowtone, while being a typically haughty expression by women who consider themselves feminists.

With The Vagiants acting as conduits in administrative decision-making processes, it comes as little surprise that female-empowering initiatives by government have continued to flourish, while male-friendly initiatives, such as the proposed White House Council on Men and Boys, have been scuttled. In this sense the behavior of The Vagiants is synonymous with the term Vaginocrat, which Urban Dictionary defines as “Any woman who uses executive powers (government or non-government) to preference women over men in areas of crisis help, education, mental illness services, services for the homeless, family law, government funding, school or university placements, and health.” 3

Is this a new development in the United States? Hardly. For all its laudable qualities and championing of free speech, the USA has always been an epicenter of the spread of global gynocentrism, evidence of which is given in the following authors’ observations4 over recent centuries:

In 1856, author of Putnam’s Monthly Magazine published the following summary of the gynocentric relations between men and women in America, stating that: “Long before the cry of ‘woman’s rights’ was openly raised, the powers and prerogatives of the American husband had been gradually undermined.”

“Long before the cry of woman’s rights was openly raised, the powers and prerogatives of the American husband had been gradually undermined. Usage superseded law, and trampled it under foot. Sentiment put logical consistency at defiance, and the American husband has thus become a legal monster, a logical impossibility, required to fly without wings, and to run without feet.

“While the wife is thus rendered to a great extent independent of her husband, he, by a strange inconsistency is still held, both by law and public opinion, just as responsible for her as before. The old and reasonable maxim that ‘he who dances must pay the piper,’ does not apply to wives—they dance, and the husband pays. To such an extent is this carried, that if the wife beats her husband, and he, having no authority to punish her in kind, applies to the criminal courts for redress, she will be fined for assault and battery, which fine he must pay, even thought she has plenty of money of her own. or, in default of paying, go to jail! Such cases are by no means of unprecedented occurrence in our criminal courts.

In 1903 culture critic Max O’Rell observed the following about gynocentrism in the USA:

“The government of the American people is not a Republic, it is not a monarchy: it is a gynarchy, a government by the women for the women, a sort of occult power behind the scenes that rules the country.”

In England the establishment is, as a rule, at any rate from a man’s point of view, more comfortable than the American home. Americans staying any time in England, whether men or women, are impressed by the fact that it is the country of men. Likewise the English, both men and women, who visit America are impressed by the fact that America is the country of women.

Irishman George A. Birmingham wrote in 1914:

“There are people in the world who believe that we are born again and again, rising or sinking in the scale of living things at each successive incarnation according as we behave ourselves well or badly in our present state. If this creed were true, I should try very hard to be good, because I should want, next time I am born, to be an American woman. She seems to me to have a better kind of life than the women of any other nation, or, indeed, than anybody else, man or woman… American social life seems to me — the word is one to apologize for — gynocentric. It is arranged with a view to the convenience and delight of women. Men come in where and how they can…. The American woman is certainly more her own mistress than the Englishwoman, just because America does its best for women and only its second-best for men. The tendency among American humourists is to dwell a little on the greed of the Englishman, who is represented as incapable of earning money for himself. The English jester lays more stress on the American woman’s desire to be called “my lady,” and pokes sly fun at the true Democrat’s fondness for titles. The American man is reverent toward women. It is not the homage of the strong toward the weak, but the obeisance of the inferior in the presence of a superior. This difference of spirit underlies the whole relationship of men to women in England and America. The English feminist is up against chivalry and wants equality. The American woman, though she may claim rights, has no inducement to destroy reverence.

Above all things are the women who as a literal fact, dominate the entire life in America. The men take an interest in absolutely nothing at all. They work and work, the like of which I have never seen anywhere yet. For the rest they are the toy dogs of the women, who spend the money in the most unmeasurable, illimitable way and wrap themselves in a fog of extravagance. They do everything which is in the vogue, and now quite by chance they have thrown themselves on the Einstein fashion.

Suffice to say that anyone not brainwashed by the prevailing gynocentric mythos can see the problem, as could our forebears who penned the observations above. We can only hope that the draining of the swamp undertaken by the current administration, extends itself to the gynocentrism that for too long has blighted a great nation. In order to Make America Great Again, The Vagiants need to be among the first to be dismissed. 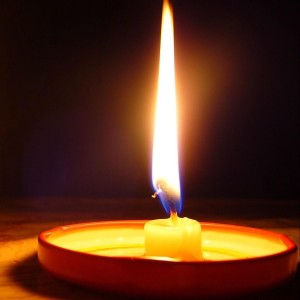