They let you do it!

We all recall the day the Access Hollywood tape was released by Trump’s opponents. They thought it would signal the end of his run for the Presidency and so did I.

“When you’re a star they let you do it. You do anything. Grab them by the pussy. You can do anything.”

The initial shock of hearing a presidential candidate speaking in such an uncouth manner and the fact that many in the media were waiting to pounce on Trump for the merest misstep seemingly ensured a feeding frenzy and the inevitable end of Donald Trump.

When I had some time to contemplate his words and look at what he actually said rather than what the breathless commentators were telling us he said, I began to reconsider my opinion on his demise.

Trump is a disgusting misogynist.

But none of this was true.

By all means question the man’s morality. He has no problem with attempting to bed married women. But then be consistent and brand the most revered presidents of yore sexual abusers of women. JFK, Bill Clinton and I’ve no doubt many more. And of course, the entertainment industry which led the lynch mob when this tape was released are the biggest demographic of adulterers on the planet.

But let’s push judging a man’s morality to one side and focus on what Trump actually said.

“When you’re a star they let you do it. You do anything. Grab them by the pussy. You can do anything.”

This is what every political commentator on the left and many on the right conveniently ignored or omitted from their hysterical rants and self-righteous condemnations.

The more I reflected on Trump’s words the more I became convinced that they said very little about Trump that we didn’t already know. They did however reveal something about women that most journalists and media commentators refuse to acknowledge or address.

If Donald Trump had been Mr. Trump, the high school janitor, rather than a multi billionaire celebrity, not one of the many women who let him grab them by the pussy, would have allowed Donald the janitor to place an uninvited finger on their arm let alone their genitals.

He would be Trump the dirty old man.

But be assured-he would not be allowed access to any woman’s body other than his wife’s, if she was in the mood.

What does that say about women?

It says some women (maybe a lot of women) will use their sexual desirability to gain access to a man’s fame, wealth or power.

That is the simple truth borne out by countless historical and contemporary examples. The recent Harvey Weinstein circus is a perfect example of this phenomenon. Weinstein certainly used his wealth and power to coerce women into accommodating his sexual desires. He may well have raped or assaulted some of them and for that he should be condemned. But many of those women used their sexual desirability or simply agreed to accommodate his requests/demands in order to gain access to his power. Many benefited from it in just the manner they hoped they would.

Trump’s statement should shame any rational female who reads it.

When I think about the tidal wave of outrage, horror, disgust and shock (be it feigned or genuine) which poured forth after Trump’s comment was released to the public, all of it directed at the man who spoke it, one must wonder about the intelligence or integrity of journalists or any one with a public platform.

Even those who were Trump supporters hedged their bets and distanced themselves from him. His own advisers told him to dismiss it as locker room talk and offer some kind of an apology.

I would have told all of them to get stuffed.

I would have stated emphatically that I didn’t assault anyone. All I did, was take advantage of the craven, power hungry, gold digging females who gravitate to any man they consider to be rich, famous, or both. It was a fair exchange. I wanted some sexual pleasure. They wanted me to spend money on them and hoped it would grow into something beyond a one-night stand.

It reminds me of the old Winston Churchill joke.

At a dinner party Churchill says to his dinner companion, “Madam, would you sleep with me for five million pounds?”

The woman responds, “My goodness, Mr. Churchill. I suppose I would.”

Churchill replies, “Would you sleep with me for five pounds?”

She answers, “Mr. Churchill, what kind of woman do you think I am?”

Churchill answers, “Madam, we’ve already established that. Now we are haggling about the price.”

Why do I resurrect this much discussed incident?

There is a man here in Australia who has tried to emulate the legendary Hugh Hefner’s lifestyle. He has been paying women to live with him and drape themselves all over him for years. His name is Travis “The Candyman” Beynon and recently he drew the wrath of a number of women, including a politician.

Mr. Beynon was looking for more women to live in his mansion and subsequently posted an advertisement describing the type of women he was looking for and what their job description entailed.

The fact that he posted his advertisement on International Women’s Day was surely a simple coincidence.

HOW YOU CAN BE THE CANDYMAN’S NEXT GIRLFRIEND

The ad stipulated that women must be, and stay, attractive, live with his other girlfriends, accompany the Candyman to social events and help out around the mansion.

Gold Coast-based Palaszczuk Government MP and assistant Tourism Minister Meaghan Scanlon slammed the ad, saying it was ‘outrageous that in the 21st Century, women should be purchased and treated as property’.

Mr Beynon told The Sunday Mail that feminists like Ms. Scanlon were trying to tell other women how to live their lives.

“The last thing you want to do is tell a strong, independent woman what they should and shouldn’t do because they just rebel,” he said.

“Obviously, with my mansion life, the philosophy I live by is freedom of choice and freedom of expression.”

Mr Beynon said he loved women but also respected them.

“I’m a big supporter of strong independent women,” he said.

“My mum and grandmother were both matriarchs and I’ve always been around strong women. Two of my daughters are very strong girls.”

Now we can take Travis at his word or call him a tacky, eccentric narcissist.

What or who he actually may be is entirely irrelevant to the fundamental question being ignored (once again) by all those who have commented on or attacked Beynon.

At no point have any of the many women who have agreed to live with him or have his business logo tattooed on their bodies been forced to do so against their will.

At no point has he deliberately mislead any potential applicant as to how he expects them to behave or how much importance he places upon their physical appearance.

The choice was every woman’s to consider and make.

Ms. Scanlon accuses Beynon of purchasing the women and treating them as property. If a man makes a monetary offer to a woman in exchange for a particular service and she agrees why is this not simply viewed as a business transaction? It is the women who are seeking financial and material gain from the relationship.

When a man enters a brothel hasn’t he been coerced by the alluring advertisement in the newspaper and isn’t his powerful sexual libido being abused and manipulated by the women who profit by each visit?

Here in Australia, this Thai massage parlour worker sums up the reality for many prostitutes:

Joy, whose name has been changed for hide her identity, started out as a legitimate masseuse but found the temptation for extra money was too strong. She can now make up to $1700 cash a week, for five days of work.

Joy, who offers handjobs for as little as $20, said “full service” can generally cost $150 but it’s up to the worker to negotiate the price.

She also said most people do the job “of their own free will” but not out of want, they do it for the money.

Not every prostitute is powerful. Not every prostitute is living the good life. We know some women are abused and taken advantage of in the seedy world of transactional sex, but many men are also chewed up and spat out by the same process and treated like sleazy criminals simply because they are seeking sexual release in an otherwise lonely, sexless existence.

Women are always the victim, even when it is their raw avarice and narcissism which is the primary reason for their willingness to engage with this man or any other.

The two comments below are in response to an article by Christine Jackman. It was reasonably balanced and she made some fair points.

But it is these comments which I think are representative of the reaction so many people have to such stories. Women will always be the innocent, hapless victims of male treachery and lechery. They have no role in the mess they create by their own choices. They were coerced, manipulated and lured into a trap. Blameless.

Thank you. Your welcomed response is quite mild given the realities that these women will most certainly face, but at least you have blown away the smoke and mirrors, and supposed glamour and made people acknowledge the true reality of the situation. It is pathetic that men like this can think they are so desirable that they can effectively control another human being for their own pleasure. And people say we no longer need feminism!

What a vulgar and disgusting man!
I don’t see much mainstream media, so I’ve honestly never heard of him.
It’s an indictment on us men and there seriously should be laws to never allow such things in our society!
I’m not a religious zealot, nor seriously left or right wing. But I have three children and to have this going on in THEIR WORLD makes me sick to the stomach!!! 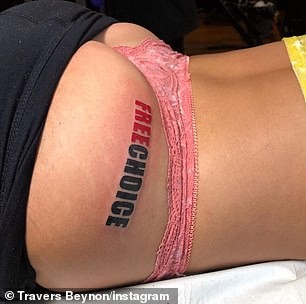 Greg doesn’t view the plethora of women willing to have their backsides branded and their lives micro managed by a married man in the hope that they can wear designer clothes, attend exclusive parties and travel the world as an indictment on women and it certainly doesn’t make him sick to his stomach.

He is clearly a moral man with high standards.