We all know that feminism is an anti-male hate movement which germinates from a bottomless disaffection both toward men and toward all things percieved as “masculine”. And frankly, as much as that bears repeating, that is old hat. But there is another side to feminist hate. Most people aren’t much aware of this other side, but we have got to train a worklight upon it and give it careful thought. More than that, we have got to give it due weight when we are strategizing. We must factor it into all of our calculations, pointing it out to as many people as we can so that those people, too, will commence pointing it out and spreading the iinformation further.

You see, feminism doesn’t simply hate men and stop there. It goes the extra mile, by hating everything that is alien to feminism itself. Everything which does not uphold the feminist project, and fuel the never-ending growth of that project, is fair game. In a nutshell, feminism hates the rest of the world — the specifically non-feminist part of the world which can never be co-opted or re-tooled into a servile extension of feminism.

This is home truth about feminism, that it hates the non-feminist sector — and this critically important realization is the absolute dead center of any Strict Anti-Feminist (SAF) politics. The feminists would like to keep this truth under wraps. After all, it doesn’t sound very nice . . . does it? And more to that, it betrays a fatal weakness within the feminist project. (We can discuss this elsewhere.)

Knowing all this, it becomes a priority task to squeeze feminism’s hate, as it were, onto an open table where the world can plainly see it and even place it under a microscope. Not merely the feminist hatred for “men”, but the hatred for anything or everything which is not feminist. The WORLD needs to know, in no uncertain terms, that feminist hates it. It is strategically insufficient for “men” to be the only ones who know that feminism hates them.

That is why we love it when a feminist bigot like Gloria Allred says, “if you’re not a feminist, you’re a bigot”. She does not harm us by calling us bigots. In fact, Gloria has cooperated (unwittingly) with the counter-feminist effort, greasing the skids toward feminism’s demise and making our work oh-so-much easier. We need only showcase these things — and throw in some tart commentary which helps the public to understand (by being entertained) that these things are part of a pattern. Clearly we would love it even more if thousands of Glorias were blossoming all over the landscape, saying equally bigoted things. So our mission is, to force their hand. And how to make that happen, you might ask?

Simple. Make conspicuously visible, to all concerned, that the non-feminist part of the world is SOMETHING.

As opposed to nothing.

Simple lack of feminism, as a factor in the algebra of occurrence, is profoundly political. Like so-called empty space, it is anything but dead or static. It is a living presence, brimming with dynamic energy, capable of bending and warping and repositioning things. This truth, and specifically the conscious realization of it, is death to the feminist project.

To understand this, it helps to review what we know about feminism’s operative character. We say that “feminism’s being consists of being in motion.” Zero motion equals zero feminism. Feminism must remain in motion if it is to keep existing at all. Motion, in this case, means extension of feminist ideology into ever more institutions and cultural spaces. Quite right, it’s that “long march through the institutions” that we’ve all heard about. It’s that colonization of human communities that we’ve all witnessed in society.

The minute feminism halts in its march it starts dying, because it starts unravelling and shrinking. Feminism thrives only on a sustained diet of cultural incursion and expansion. In practice, this means constructing a fabric of lies upon a foundation of earlier lies, generating a renewed foundation for more lies in the future.

There is a reason why stage one in the feminist-nonfeminist cooperation spiral is “feminists lie.” Feminism can survive only by bricking and mortaring one lie on top of another, fast enough that they go generally unchallenged and are forgotten as time rolls on. (For quickly, the mortar dries.) But the minute this lying stops (or is forced to stop), the truth process begins. Critical thinking rushes in (like a thunderclap) to fill the vacuum. The arrival of critical thinkers and questioners initiates the unstinting process of unravelling feminism’s sweater. (I mix no metaphors here; I merely set them next to each other.)

When the truth process gets underway, the complex accretion of built-up lies from the past progressively disintegrates under the disinfecting sunlight of the world’s gaze.

If feminism stops expanding, it can only commence shrinking, and the reason it commences shrinking is because the non-feminist truth process springs to life and commences eating it alive, from outward to inward, eventually down to its original elements. Hence, by “eating it alive”, I mean decomposing it — on many levels.

So when we showcase the core fact that feminism hates the world (not just men, but the world), we immediately set a barricade in the path of feminist expansion. By alerting the world, we summon into life a universal critique which attenuates feminism’s moral justification. In the end, this blocks feminism’s further growth. Being blocked from further growth, it cannot “stay the same” at a point of stasis. It can only dwindle away.

And further, it can acknowledge no duty to co-exist with anything that is not feminism, because this would underscore that there is indeed a world beyond feminism in the first place, and that respect is due to said world. This would be death to the feminist project not only because it would set a roadblock in the path of feminist expansion, but because it would underscore the plain, elemental, bald-headed fact that feminism is NOT THE WORLD, and never will be.

And for feminism, this would be game over. 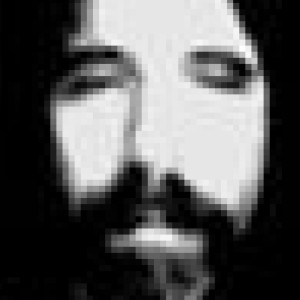