The Disposability of Men, Infidelity and Paternity Fraud in Israel

When considering the disposability of men in Israel in the light of paternity fraud and female infidelity one of the most interesting aspects about the preservation of the anti-male code embedded in Israeli society is the figure of 18,000 abortions outside the framework of marriage. This information, like the rest of the data that I will provide, is hidden from the Israeli public. For this reason, the system refuses to provide the critical segmentation regarding this data. The usual estimate is that half of these women are unmarried. According to various studies and estimates, between three and 30 percent of these children are biologically not the father’s kids. The real figure, as we will see, is close to 30 percent. This is revealed many times along with a health check of the wife. When it does come to light, this fact is always hidden from the husband by the doctors. It is done, of course, to allow the wife to continue with this “lifestyle” alongside with the financial exploitation of her husband through kids that aren’t his.

A prime example of this is a Rabbinical law that automatically assigns the children the wife has from her extramarital affairs to the husband. This Rabbinical exponent is called in Hebrew “Rov Beilut Acharei Habaal“. And on top of that, both the Rabbinical as well as the secular feminist family courts deny DNA testing to the husband when there is fear that the child is the result of the wife’s extramarital affair. However, if a woman claims child support the man will be subjected to a DNA test. Why? Because in both cases it’s about extracting money from the husband and transferring resources from him to the wife. In addition, many times the false claim of the child’s best interest is raised to subject the man to financial exploitation of his resources as well as further abuse by the cheating wife and the legislation that supports her. The best interest of the child is not impaired by his acquaintance with the biological father who has the duty of paying alimony for his children. The child’s best interest is nothing more than a radical feminist fraud aimed at using the children as a weapon against the fathers. Its goal is to subject men to the same code so that they can be more efficiently harmed and exploited.

At least 50000 couples get married each year in Israel. About a third of the women will betray their husbands and abort the fetus. Out of all these women, between three percent and one-third of women will betray a husband, give birth to another man’s child and hide it from the betrayed husband. A study done for a law firm in the country reveals that the percentage of unfaithful Israeli women reaches eighty percent of married women. Sarah Shemer’s study called “Intimate Report: On Women in Israel” puts the percentage at about 50 percent of all married women. From statistical studies and reports by various psychologists, the minimum of unfaithful married women in Israel also stands at over fifty percent. So, most probably it is somewhere around at least the 60% to 70. As we can see we have now been able to penetrate beyond the Matrix’s propaganda machine and see the truth as it is, all of which is completely extracted from the State of Israel’s legal databases as well as the Central Bureau of Statistics database accessible online and anyone is welcome to conduct this test for himself, of course.

Therefore, the average statistic regarding female infidelity and paternity fraud in Israel is as follows: In Israel, there are about 2 million couples, one million men and one million women living in marriage. Out of a million women on average, about 700000 will betray the husband. In Israel, about 50000 couples get married every year, meaning 25,000 men and 25,000 women. About a third of women give birth to a baby born from an extramarital affair, this means there are 8333 children who are not the biological kid of the husband every year, 83000 in a decade and 830000, almost a million, in a century. So how does this Matrix work in the women’s service? I discussed some of the problems above. However, in the name of the spiritual and ideological father of misandry, gynocentrism and feminism, there is a raging war against men not only in the form of pseudo-science that distorts facts and figures, not only by selling delusions of the pure and innocent female nature, which serves women through the continued existence and maintenance of this oppressive system and the exploitation of men, but also when this truth is revealed, as I said above, the systems are dead set to preserve and hide this truth from men in general and husbands in particular so that oppression and exploitation can continue. It’s about using the man as a disposable tool to transfer resources from men to women. Female infidelity, as well as paternity fraud, serves this goal. The spread of these illusions, the exploitation, and oppression of men are all done by social, political, religious and secular institutions including the Chief Rabbinate of Israel and the family courts, right and left. The most heinous truth is that in modern times Israeli legislation and the religious establishment are the most antisemitic institutions that discriminate against Jewish men not only based on gender but their religion too. 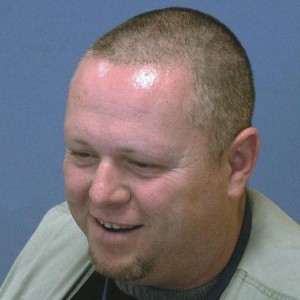 Yoav Levin is a long-standing MRA. He is the chairmen of the Israeli Lobby for Men and Boys as well as a member of a director board of two Israeli father's NGO where he manages the research and information department campaigning for the rights of men and boys in the country. Except for his activity in the lobby and the NGOs, Yoav focus mainly on the academic field and is currently researching feminism, gynocentrism, and misandry as well as female sexual and domestic violence against men. Yoav is also an active lecturer in the field of gender studies for men focusing on critical research of feminism as well as misandry and gynocentrism and has studies group in Israel.
PrevPreviousThe J4MB Review of the Year
NextWhere Have All the Alphas Gone?Next
Menu