Men are good and so are men-only spaces: Part two

Part One of this series described numerous male spaces that over the past 40 years have been dismantled. Nearly all of the examples of male spaces had something important in common: they focused on all-male groups who gathered to be supportive to women and the culture at large. The armed forces, police, and firemen are obvious examples of men being of service. The Lions, Kiwanis, and Rotary are also obvious examples of men gathering in male spaces to be helpful to women and society. These spaces harmonized with men’s traditional provide-and-protect role. Even the all-male colleges could be seen as ultimately preparing young men to be of service to women and societye, especially the military academies. The athletic groups were also similar and provided a competition ground that helped a woman choose which man might be best for her. Most of these male spaces had a similar objective to be of service to women and the culture by helping men perform their primary sex role of providing and protecting.

Then along came the 1970s with the battle-cry that men and women were equal. No differences existed between men and women outside of socialization, they said. When we run under that assumption, that men and women are exactly equal, it is easy to see that the need for male spaces that enhance men’s ability to provide for and protect women is no longer a necessity. If we are truly equal, then women should be able to provide and protect on their own. Male spaces lose their cultural importance. If we are truly equal, then they’re optional. Male spaces become as disposable as males themselves. They are no longer necessary.

This might have been an interesting development if men and women were truly treated as equal. Women would have been drafted and dying in wars at an equal rate; there would be no affirmative action if we were truly equal; those women’s commissions would have been people’s commissions to serve both men and women; the health laws and funding would have focused in a more balanced manner rather than focusing primarily on women; we would have a Violence Against People Act rather than a Violence Against Women Act; and on and on. 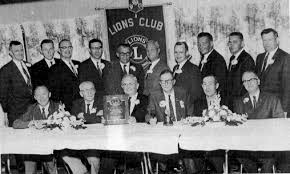 But that is not what happened. At the same time that equality was proclaimed, we see the powerful and quiet hand of gynocentrism shaping our world. Prior to this, gynocentrism helped our civilization by providing for and protecting women at the expense of men. This ensured the survival of our species. But now with the proclamation of equality​,​ gynocentrism continued its influence but in a different manner. Now the heading is that we are equal, but as Orwell explained, “Some animals are more equal than others.” This is clearly seen in the dismantling of male space and the simultaneous expansion of female space. Yes, we are equal, but women should get more. The ridiculous excuse for this is that men had it all for so long and now it is women’s turn. Okay, if that is the case, then why not have women-only battle groups, women trashmen, women sewage workers? We don’t see that though, do we? Just more perks for women, and tell the men that they are equal and to sit down and shut up and keep those sewers running. This is a far cry from equality.

It is interesting to note that as male spaces that were meant to provide for women, children and society were being dismantled, female-only spaces were being built. These female spaces seem markedly different from the male spaces that were intended to serve women, children, and society. The female spaces seem to focus only on helping women and sometimes children, especially female children. Men’s service groups tended to serve everyone but themselves, while women’s service groups seem to serve primarily only themselves. Very different. So if men “had it all,” then women still don’t have it all since they have omitted a large part of what men did when they were of service to women, children, the needy, and the culture at large.

To make matters worse, the same gynocentrism that offers more to women by default also continues to hold men accountable for women even though we are “equal.” If we were truly equal, then women and the public would have no problem with men meeting in male-only spaces. Why not? If we are equal and women can have private spaces, why not men? But we see the opposite. Men are discouraged from meeting together in male-only spaces and even more discouraged from meeting together for their own benefit. The male spaces of yesteryear as we have seen had the open purpose of being of service to others, especially women and the needy. So these spaces are discouraged, but guess what? Even spaces where men would meet just for their own benefit are greeted with shaming and harsh judgments. Let’s take an example.

Think back to the 1990s and the mythopoetic movement started by poet Robert Bly. This movement began creating very powerful male spaces that had nothing to do with providing and protecting and these men paid a dear price for it. As we have seen, our culture has tolerated male-only spaces in the past since they were mostly related to the gynocentric harness that held men to sacrifice their own needs and focus on the needs of the culture and of women and children. But these spaces were very different. The mythopoetic groups offered spaces for men to enjoy one another’s company as men and to explore their vulnerabilities and woundedness in a non​-​competitive and supportive space completely void of any women. Sounds good, right?

The media had been blasting men for decades for being too violent, for being too silent, for being too insensitive, too competitive, and, well, just too “testosterone poisoned.” Then along came the mythopoetic movement, which is the antitheses of all of these criticisms, and what did the media and public do? They shamed these men time and time again with insults like “All they do is go out in the woods and bang drums.” The public went along with the media assessment, and this huge shift was simply shamed and turned into a cartoon even though the men were doing the very things that the media and the public had complained that men had forever lacked.

The question is: Why would this happen? Why would people not see this important shift in men’s behaviors and applaud these men for breaking new ground? I think the answer is very simple. The answer is that the thing that most upset the public was that males were leaving their traditional roles of providing and protecting. It didn’t matter what else they were doing. All that mattered was that they were meeting as men, with other men, and not focusing on caring for women or doing anything that was related to providing and protecting. They were looking at their own wounds and supporting one another and this was enough to set off the media and the public into auto shame mode.

In​ ​so​​me ways I think these men got a taste of what gay men had experienced for many years: shaming, harsh judgment, and the assumption that they just weren’t “real” men. Real men provide and protect​, and have an interest in women, not in themselves or other men​.

In some ways, the mythopoetic men and gay men were pioneers in the Men Going Their Own Way (MGTOW) movement. We can see the same shaming being dished out to the MGTOW men of today. All these groups have the common bond of not catering to provide for and protect women. When men meet on their own, in male-only groups, they become a target of the culture.

If I am correct, it will help explain why Men’s Human Rights Activists (MHRAs) are getting such an automatic shaming and hatred for standing up for men and boys. These men and women are focusing on an aspect of being male that has nothing to do with a man’s primary sex role of provide and protect and has everything to do with his own needs, wants, and well-being. This is seen as a threat just as the mythopoetic men, gay men, and MGTOW men were likely seen as threats since they were ignoring the provide-and-protect side of things and focusing instead on themselves.

And so it goes.

Let’s not forget, men are good. Gay men, straight men, MGTOW men, mythopoetic men, MHRA men, and on and on. Men are good.