How long has it been since you heard of the name Boko Haram for the first time? It is all over the news now, so fill in the blank: They are a group of militant Islamic terrorists in Nigeria that ____________. (Fill in the blank.)

Boko Haram means “western education is sinful.” Thus the purpose of this group is to terrorize local people into not having their children attend schools which they consider “sinful.” How do they go about doing this? Well, according to hundreds of media news outlets, they apparently take girls hostage. There you go; the blank is filled. “Kidnap girls.”

This has prompted campaigns such as Bring Back Our Girls. Different Countries such as France and US are now determined to destroy this group. US planes have begun air search for the schoolgirls. So far so good, we applaud them. Nobody should be allowed to kidnap girls who want education. 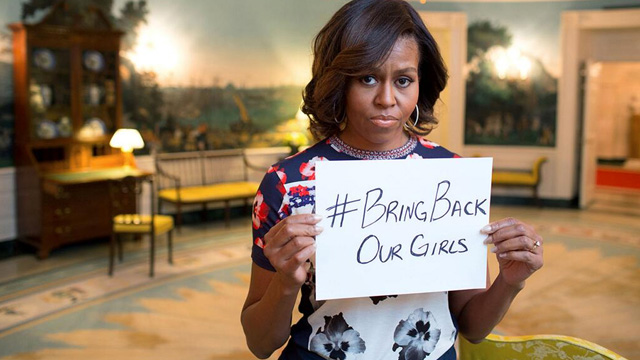 They should, however be allowed to murder savagely, any number of boys and men apparently. The fact that the international news have abruptly gone to a state of frenzy, does not mean that this idiotic group has come to existence just recently, after taking several hundred schoolgirls hostage. They have been in business since the eighties and they are called terrorists for a reason.

In the past years, Boko Haram has attacked school after school, slitting open the throats of boys, burning them alive, and on more merciful occasions just shooting them down to make the point that in their mind this kind of education is “sinful.” 2,000 “people” have been murdered so far this year by Boko Haram. Yes, “people,” means that almost all of their victims have been men and boys. In the school attacks in which they set boys on fire however, they would let the girls go. As opposed to letting girls go, in the recent conflict at Chibok, they held 200 girls hostage, offering to hand them over in return for their arrested members.

The Nigerian President Goodluck Jonathan is now so outraged that he has declared that the kidnapping of the girls is the beginning of the end of Boko Haram’s terrorism. Who would have thought that kidnapping girls was the last straw? Murder of men and boys of course has not warranted such a harsh attitude in the past. The President now accepts help from other countries to destroy Boko. President Barack Obama has said that the kidnapping of Nigerian girls and sectarian conflicts worldwide are a sign that “we have not extinguished man’s darkest impulses.”

This also has brought about a hashtag campaign called “bring back our girls.” Boko Haram must be having second thoughts right now. After all, you might want to murder 2,000 men in less than a year, but you don’t wanna not listen to a hashtag, especially with Angelina Jolie on their side disgusted at you calling you a kidnapper. Oh, yes she calls them kidnappers.

The media coverage is very enlightening. We dare you to examine media’s distorted coverage without getting a headache. Most of them do not mention killings at all. The ones that do mention the killings, mostly use phrases like “students” instead of boys, and “people” instead of men.

But let’s examine the ones that do have enough decency to point to killings. If you take a look at Boko Haram’s victims, you will find that there are two sorts of victims: “people” and on very rare occasions, “people including a woman/girl.” As an example, when in February 56 boys were murdered in a coed school attack and girls were let go, the associated press wrote “dozens of students were killed…” in the title and several paragraphs later: girls and women were spared. Let’s make it clear that this is the oldest trick in the book: The least read part of the article is the middle, even less than the last paragraph.

As for topping insanity with plain crazy, this also is a “scientific” article on Boko Haram by two nuts, Jacob Zenn and Elizabeth Pearson. First sentence of the abstract is enough read for this piece of garbage:

This article addresses an under-researched aspect of Boko Haram’s activities: gender-based violence (GBV) and its targeting of women.

Is it just me, or is complete insanity the new fashion rage for these people?