Discussions of the trans phenomenon show
the gender empathy gap to be alive and well.

“Black pill” awareness is sometimes defined as the realization not only that society cares more about harms to girls and women than harms to boys and men; but also that many people have a visceral reaction against even acknowledging male humanity. Recent discussions about the trans phenomenon seem a case in point.

For the record, I claim no expertise on trans experience. My focus here is on the all-too-predictable manner in which cultural empathy is allotted.

In a recent video about his Twitter suspension for (he suspects) “dead-naming” Elliot Page (formerly Ellen Page, Hollywood starlet) who not long ago showed off a picture with her breasts amputated, Jordan Peterson expressed his opposition to the transgender trend in adolescent girls, alleging that state-sanctioned encouragement of sex transitioning is producing a “psychogenic epidemic among vulnerable young women around the age of puberty.” The sex-specificity of Peterson’s comment was likely due to the context—Page’s picture and triumphant announcement—but my first thought was, why only girls?

.Last year, conservative educational institution Prager U published “Why Girls Become Boys,” a short video by journalist Abigail Shrier, the author of Irreversible Damage: The Transgender Craze Seducing Our Daughters, published in 2020. Shrier’s focus is evident from the titles: girls. Previously, Shrier had been profiled in an interview with Candace Owens when she was still working on the book. Though the interview is now three years old, its canvassing of teen transitioning—in a discussion that moves from concern about girls being “seduced” into trans, to anger at society’s failure to protect girls from boys who transition—provides a fairly accurate representation, I believe, of conservative positioning on this subject. Girls who transition are seen as victims; while boys who transition are seen (if they are seen at all) as predators.This double emphasis is clear in the interview. Shrier and Owens describe the collusion of media influencers, the public school system, woke punditry, and medical authorities to encourage girls (but not boys, it seems) to consider their gender identity “fluid.” Feelings of discomfort are too readily interpreted as signs of a trans identity. Girls can be made to believe themselves trans very quickly, sometimes simply from viewing one or more internet videos; and schools are not required to tell parents if their daughter begins identifying as male. From age fifteen, girls can find gender clinics willing to prescribe testosterone without their parents’ consent; a girl can have her breasts amputated as early as age sixteen. The lifetime of dependency on hormones (their consequences unknown), the risky surgeries, and the tragic missed opportunities—of motherhood in particular, but even of having breasts—were emphasized by both pundits.

From this point, the conversation moved seamlessly into discussing the victimhood of girls forced to share their private spaces—and of course their sporting competitions—with biological males (often called “men” as in “Men are invading girls’ sports”). These males are not discussed as vulnerable innocents duped into taking body-altering hormones or undergoing dangerous surgeries. No imaginative effort was spent on why these boys want to live as trans female. The underlying assumption seemed to be that boys’ transition, far from being an attempt to relieve real distress, is an act of appropriation of female experience. The boys were depicted as aggressors who invade girls’ locker-rooms and deny girls opportunities (or, even worse, masquerade as trans in order to prey on girls sexually). Are there boys made uncomfortable in their change rooms or other private spaces by the presence of biological girls? The question seems never to have occurred to Shrier and Owens.

Shrier and Owens agree in decrying feminism for failing to protect girls and for failing (allegedly) to affirm femininity and girlhood. “Girls aren’t being told how wonderful it is to be a girl!” Their own feminist—or at least female-centered—assumptions are clearly evident in their conviction that the trans phenomenon is about multiple harms to females, harms which must always take precedence over the legitimate needs and experiences of males. And in fact, contrary to what Shrier and Owens seem to believe, there are many feminists who vehemently denounce biological male incursions into female bodies and spaces; many of them, such as Meghan Murphy, Julie Bindel, and Sheila Jeffreys, to name only a few, advocate from an avowedly anti-male perspective.

Shrier might respond that the overwhelming majority of adolescents who believe themselves to be trans are female (as she states in her Prager U video). This may be true (a recent Psychology Today article puts the number at greater than 80% female) but does not mitigate my objection. Teen suicide is about 80% male (more on this later), but it is hard to imagine concerned pundits ignoring the troubles of girls. Many discussions of teen suicide, in fact, make much of the fact that girls attempt suicide more often than boys, downplaying the fact that boys carry out their suicides in such distinctively high numbers. Don’t get me wrong: I have no objection to a focus on girls’ difficulties in adolescence—except when it improperly ignores and even maligns boys.

In castigating feminism’s failure, Shrier and Owens fall back on the idea that women fought for “equality” for a hundred years and are now allowing “the patriarchy” to roll back the gains women achieved. Here their profound misunderstanding of feminism is apparent. Feminism has for decades offered not common-sense equality but instead an assertion of competing claims of victimhood in which moral status is finely calibrated and “intersectional.” The most sought-after identities are those in which the highest number of “oppressed” qualities can be claimed. Female is still elevated in relation to male, certainly, but is now only one category of preferred being amongst many others. As the attack on Karens (annoying white women) has demonstrated, identity vectors other than female can confer greater victim-power: homosexual bests heterosexual, black is superior to white, and trans is far more desirable than “cisgender.”

Over the years, feminism has been teaching the power of intersectional victimhood to women and girls at an ever-younger age, and no one is more sensitive to identity status (and more vicious in enforcing it) than pubescent girls. It has ever been thus, and trans is the latest—perhaps the most destructive—manifestation of moral victimhood, for which feminist identity politics must take a large share of responsibility.

Still, what about the boys? Can it really be that boys have been untouched by feminism’s relentless anti-male propaganda, especially the last decade of “unlearning white male privilege” and “The future is female,” of “Ban Bossy” and the Masculinity Confession Booth, of “Take Our Daughters to Work Day” and “#MeToo,” of “Violence against women is a men’s issue” and “I bathe in male tears,” of #YesAllMen, “Why Can’t We Hate Men?” and “Why I Hate Men,” as well as countless other overt expressions of anti-male animus condoned or celebrated in our culture? Surely some of the boys who decide to transition have taken these messages to heart?

Perhaps suicide, rather than trans identity, has been the dominant young male response to the assault on their masculinity. In 2019, in the same month that Owens and Shrier discussed girls and transitioning, the Journal of the American Medical Association reported “a spike in suicides among teen boys,” a new escalation in young male self-destruction.

The silence on that front by concerned conservatives remains deafening.

The Fiamengo File is a reader-supported publication. To receive new posts and support this work, consider becoming a free or paid subscriber. 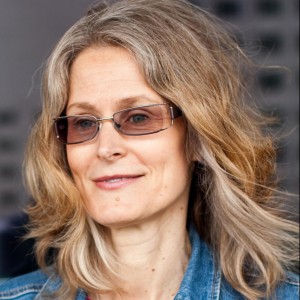 PrevPreviousDon’t Be A Bystander: Anti-circumcision advocacy & lobbying in America
NextMen who tried to help North Wales woman crushed by hotel wardrobe ended up in custodyNext
Menu