Forcing men to make monthly payments to their rapists

U.S. courts have uniformly affirmed that the state can lawfully force boys and men to make monthly payments to their rapists.  The circumstances that produce this outcome are:

The rapist can then legally receive a “child support” order that requires the raped boy or man to make monthly payments to his rapist.  The size of these payments depend on the rapist’s income, not the child’s needs, and there’s is no legal requirement that these payments actually be used to financially support the child.  Moreover, if the rapist is granted state payments under the welfare program Temporary Assistance for Needy Families, the state will require the rapist to name the raped father of the child.  The state will then on its own motion establish a “child support” order against that boy or man, and the state will collect on behalf of the rapist any payments made under that order.   Circumstances of men being legally required to make monthly payments to their rapists have been numerous enough to generate more than seventeen court cases.  All the court cases addressing these circumstances have affirmed that a raped man is legally obligated to make payments to the woman who raped him.[2]

Requiring raped boys and men to “pay child support” is truly a marvel of sophistry, delusion, and social exploitation.  Courts typically gesture to the best interests of the child.  The irony of referring to the best interests of the child seems to be lost is cases imposing child support on boys of ages twelve and fifteen who were victims of statutory rape.  Courts hold up the principle “every child has a right to support from both parents.”[3]  But what about single parents?  Should law, public policy, and courts discourage single parenthood?  If the public concern is about the financial support of children, two parents are surely better than one parent.  But three or more financial parents is better than two.   Why not impose child-support orders on grandparents as well as the brothers and sisters of the parent?  The best interests of the child would be better served by imposing child support orders on the whole village.[4]

Boys and men being legally forced to to make monthly payments to their rapists indicates that elite men and women devalue fundamental interests of ordinary men.  Legal platitudes about the best interests of the child and the virtues of two-parent families are emotive superstructure above base interests.  A law review article published in 1992 asked:

Men also have interests in their genetic progeny and in their reproductive autonomy.  If we object to what some characterize as coerced motherhood, can we close our ears to pleas about coerced fatherhood? [4]

Two decades latter, the answer unquestionably is yes.  What that answer fundamentally means for open, free, democratic societies remains to be seen. 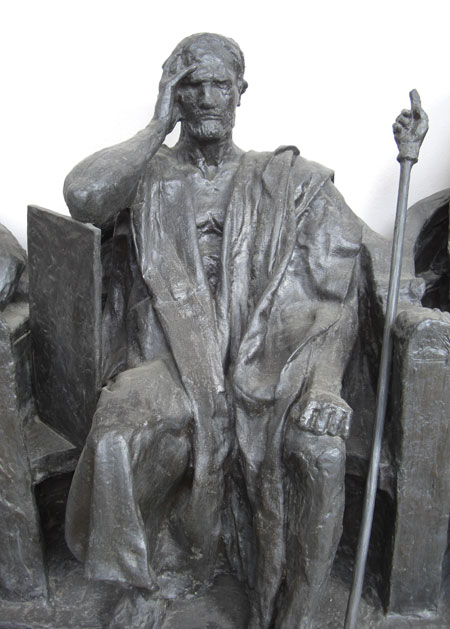 [2]  Here’s a list of child support rape cases.  Many such cases probably occur in low-level family court proceedings that are largely opaque to external policy evaluation and analysis.  For example, online searches don’t show the Ohio child support rape case described obliquely in a newspaper article.  Moreover, given the unanimity of courts’ opinions, a rape victim might wisely judge that bringing such a case isn’t worth the cost.  Forcing boys and men to make monthly payments to their rapists is more bizarre to reason than unusual in practice.  On courts’ unanimity in making such decisions, see Hidgon (2011) p. 13.

Few would argue with the proposition that, if a man voluntarily has sex with a woman and a child results, then he should be liable for child support.

Two decades ago, few would argue for gay marriage.  A law review article published in 1994 declared authoritatively, “As a direct consequence of biological differences, reproductive choice is a right exclusive to women.”  See Thompson (1994) p. 393.  Thus biology is destiny, and men don’t get reproductive rights because men don’t get pregnant.  That’s wholly specious.  That men don’t get pregnant simplifies the moral issue of reproductive rights from aborting a fetus to not having the state impose unplanned financial parenthood on a man for no act of his own other than having sex of reproductive type.  Higdon (2011), p. 41, begins its conclusion:

Despite the noble policies upon which it is premised, the practice of holding biological fathers strictly liable for child support is not without its shortcomings.

These polices are no more noble than circumlocution in describing gross injustice.

[5] Shultz (1992) p. 93.  Higdon (2011), p. 26, states, “courts simply have to start taking a different approach to this issue.”  Higdon (2011) still has not been published in a law review.  Law reviews themselves are quite capable of ignoring and obscuring the gross unreasonableness of this area of law.

Learning from women: tears will gain you forgiveness for all your crimes

Here's why you are uneasy with Star Trek: Discovery, Anita Sarkeesian