Women like bad boys. At least, that’s the story. And there’s lots of writing and anecdotal experience to back that up. Men frequently complain about being “friendzoned,” the idea being that men who are respectful toward their female interests get placed into the role of friend, rather than potential boyfriend. The “pickup artist” community has embraced this concept, teaching men how to behave in assertive, dominant ways that, allegedly, are more successful with women. Many of these concepts and dynamics themselves have been called sexist and misogynistic, reflecting underlying beliefs that women “owe” men sex. The “incel” community, a group of online males who complain bitterly, violently, and angrily about being “involuntary celibates” attack women for choosing “Alpha males” rather than softer, kinder men. . . like themselves.

Women who admit to liking bad boys—being attracted to men who are assertive or dominant—are sometimes criticized as having “internalized” misogynistic attitudes, or simply as naïve and foolish, failing to recognize or admit that sexism is damaging. During the 2016 presidential campaign, female fans of then-candidate Trump proudly invited their candidate to grab them, following release of tapes of Trump discussing grabbing women without consent. These women were proclaimed traitors to other women, or decried as simply deluded. Others have suggested that women may choose bad boy types in order to acquire protection from other, more aggressive and hostile men, a theory referred to as the “protection racket.” Some simply suggest that sexism is insidious, and that these dynamics infiltrate our choices without us noticing. 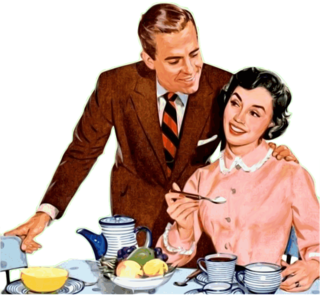 These are complex, highly politicized dynamics that foster conflicts and finger pointing between the genders. Unfortunately, research suggests that women do in fact find sexist men attractive. Gul and Kupfer recently published research where they conducted multiple experiments, testing women’s attraction to different types of men, and teasing out women’s motivations.

Past research has suggested that evolutionary biology explains these dynamics, pointing to findings that women reportedly prefer men with more masculine features and more indicators of “fitness.” However, many of those sensational findings are in question, with failed replications leading to doubt that these effects can be reliably predicted or measured.

Gul and Kupfer take a related tack, but head in a slightly different direction. They suggest that female interest in sexist men, specifically men who display “benevolent sexism” may be seen by women as being more interested in investing resources in a woman. 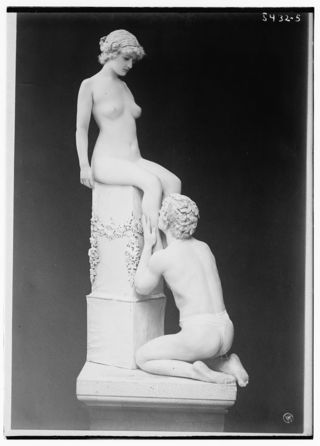 Despite aspects of benevolent sexism appearing chivalrous and romantic, previous research has found that women who endorse these beliefs often demonstrate approval of restrictions on women’s freedoms, independence and autonomy, and may impact women’s support for gender egalitarianism.

Gul and Kupfer used several different related experiments in order to test why women find men with these types of beliefs to be more sexy and appealing. They found that women who saw these types of men as more attractive also saw the men as being more willing to protect and care for them, and to commit to a relationship. Interestingly though, these women weren’t love-struck fools, but had their eyes open about these men. Despite being attracted to them, and seeing them as good mates and partners, the women saw these males as being undermining and patronizing men who were more likely to place restrictions on the women.

Gul and Kupfer conducted several separate experiments, showing that their results did replicate in different samples and using different methods (an important strategy in today’s replication crisis), and that the effect was apparent both potential mates, AND in work colleagues. Even in men who were not being scoped out as potential intimate partners, women were more likely to see sexist men as more attractive. Women who were both more and less feminist displayed similar levels of attraction to sexist men, so this effect isn’t the result of women not being “woke” enough.

One of the experiments tested whether women’s ratings of sexist men varied depending on cues about there being more hostile men around from whom the woman might need protection. But here again, women’s attraction towards sexist men wasn’t influenced by her potential need for safety from more hostile men.

Gul and Kupfer’s research offers a new way to approach these complex dynamics of attraction, integrating the role of evolutionary influences, with culturally-influenced social role expectations. It also challenges some of the misleading beliefs that blame both women and men for the persistence of sexism in our society. It’s important to note that sexism and misogyny are not identical concepts. Kate Manne suggests that misogyny is more about control of women than about hatred, and argues that sexism is more of an ideology that supports the reasons why we treat women differently.

“Dating male feminists turned out to be one of the least empowering decisions I’ve ever made.” —Kate Iselin

Women who find sexist men attractive are not being traitors to other women, nor are they naïve women who don’t understand their choices. Instead, they are women who are making rational decisions, accepting tradeoffs. They are women who recognize that it may be more beneficial to have a partner who is committed to them and willing to sacrifice for them and their family, than it is to have a “woke” feminist man who wants them to be independent.

I look forward to future research which might explore men’s own perceptions of their attitudes towards women. Do men who hold benevolent sexist beliefs recognize that they may increase their attractiveness, while also potentially being seen as patronizing? But for now, perhaps this research can help us to stop attacking sexist men as being misogynistic tools of the patriarchy, and recognize that these social dynamics exist due to the choices of both men and women, for reasons other than power, hatred, or control.

Some stereotypes are permissible

“The One True Masculinity”