It has been many years since feminists have fought for anything remotely resembling equality between the sexes.  I know most ordinary feminists still think equality is the name of the game, but they are mistaken.  All anyone has to do in order to see this, is look at what feminist policy makers, movers and shakers, and intellectual leaders (and I use that term rather loosely) have actually accomplished during the last two or three decades.  No equality there.  None.

This article is a very basic introduction to a single concept that most people will instantly reject on a visceral level:  That feminist policies breed Domestic Violence while pretending to prevent it.  I’m not going to quote lots of statistics and studies, or variables and technicalities.  I will however, state that the Duluth Model* of domestic violence, on which virtually all DV policy and “education” is based, has been thoroughly debunked – it represents as common, the very least common type of Intimate Partner Violence (brutal male/innocent female.)**

I am highlighting a causal relationship between feminist policy and domestic violence.  To see this principle in action, go to any courthouse and sit through a day or two of family court.  And while you’re there, remember that the feminist-sponsored Violence Against Women  Act pays for the “advocates” who coach women on how to present their cases, while the men are advised by their lawyers to “plead to a lesser charge.”  Remember that VAWA pays the cost of housing the men in jail while they await their hearings.

VAWA also funds prosecution of cases of “violence against women.”  Everybody in that courtroom, except the accused male, has income (and power) to gain by painting him as a monster, including his own counsel.  In theory they could railroad women in the same way because technically, abuse by women is still illegal, but it’s a lot easier to convince the public that hundreds of men in any given community are abusers, as opposed to hundreds of women.  We notice when women are accused of crimes.  Men, on the other hand? Well, men are pigs, right?  Abuse is what we’ve been trained to expect from them.

80% of all victims of violence are men, yet we have the Violence Against Women Act, ostensibly to protect women from (primarily domestic/relationship) violence.  How did this happen?   Why is violence against women presumed to be worse than violence against men?  Because women are weak and vulnerable?  Because nobody takes women seriously?  Whatever the appeal, it worked; even though violence against women was already illegal, the thought of violence committed against the “helpless,” offends us so deeply that we decided it was perfectly reasonable to spare no expense and overlook no preventive measure, if it would reduce the number of victims.  Random violence is relatively rare and tough to manage, but domestic violence is so, well, curable, right?  Who doesn’t want to stop Domestic Violence?

Professional feminists, that’s who.  Without DV victims, feminists would have no rallying cry, and they would lose political power.  Here’s how it works:

Thanks primarily to the Violence Against Women Act, DV has become a multi-billion dollar industry.  This industry employs many thousands of people throughout the nation, paying them with federal VAWA grant money.  And those thousands of people have made relatively little headway in achieving their “goal” of reducing DV.  Indeed they perpetuate it.  This is by design; if DV went away, so would their jobs.  There are many, many factors involved in DV, and it’s no coincidence that feminist policies aggravate nearly all of them, but for the sake of clarity I’m going to address only a simplified but significant few of them here.

Who commits a substantial proportion of DV?  Past victims or witnesses of DV.  Who committed the DV that they experienced or witnessed?  In too many cases to count, it is women.  Women commit far more than half of all DV.  Among the vast majority of violent couples, the violence is mutual.  Additionally, women commit the majority of child abuse.    Yes, women are responsible for most DV.

Next point, what often triggers DV?  Stress.  What causes women lots of stress?  The constant obligations of child rearing.  What causes even more child rearing stress?  Not having a father in the family.  How are so many fathers removed from their families?  They are accused of Domestic Violence, whether it happened or not, and whether it’s mutual or not.  Disagreements are exaggerated, violence is “invented” or men are blamed for any real violence that does occur.

The result is that fathers, often the most stable influence in the family, are kicked to the curb and financially bled dry, while mothers are protected and are excused for their “missteps;” this is the unstable – and all too often abusive – environment in which their children are raised.  Toss in a few more variables like substance abuse, a string of violent boyfriends, and a bit of poverty, and this process is guaranteed to produce future domestic abusers.  And this is the process that VAWA has institutionalized.  It no longer happens “once in a while;” it is SOP.  Was this the intent of VAWA?  Who cares?  That’s the result.

Thanks to VAWA, once a father is accused of DV, his chances of keeping his family (or his assets, his reputation, his friends, often even his job) are almost nil.  Conversely, most mothers have to commit “front page news” crimes to lose custody of their children.  VAWA provides billions of dollars for programs that “protect women from their abusers.”  Yet it provides virtually nothing to help men or children escape their abusers, if those abusers are women. VAWA addresses less that half of the DV it encounters.  Instead of working to reduce Domestic Violence, VAWA works to ensure that millions of children will continue to suffer abuse, and will likely grow up to become abusers themselves.

I am currently reading AVFM Editor-at-Large Erin Pizzey’s memoir, “This Way to the Revolution.” Forty years ago, long before VAWA, she founded the first battered women’s shelter in the UK, and she immediately discovered that many of her “victims” were at least as violent as their “abusers.”  She was harassed, threatened and demonized by powerful feminists for saying so out loud.  For decades. This understanding of Domestic Violence is not new.  However sharing this knowledge with the general population, could completely obliterate feminist control of the family courts.

Feminism cares about controlling, dominating, destroying and extorting the men who pay Feminism’s bills.  Everything else is window dressing.  Don’t believe me?  Follow the  money.  Oh, but you can’t; there doesn’t seem to be a paper trail; no readily available accounting of how and where VAWA money is distributed.  One might think some people are conspiring to keep the rest of us in the dark… 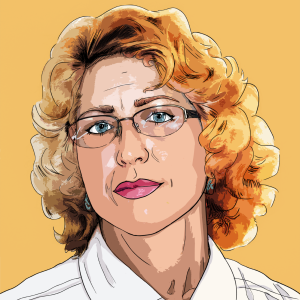