I was a fool to have ever accepted the job in the first place. A 9am to 5:30pm Monday to Friday Office Assistant position for a building contractor’s in London paying £7,000 a year. Yes, that amounts to approximately £2 an hour. But I was 19 years old and I didn’t know any better.

My job was to work alongside a secretary called Laura (I have changed the names to protect the guilty) who also happened to be the company owner’s daughter. She seemed fine when I first met her, but it didn’t take long for the mask to slip.

I took over the position from a young woman I had never met but who I was compared to from day one. “Wow, Lucy picked up the job much quicker than you” … “You are not a quick learner like Lucy was” … etc

I tried not to let the harsh comparisons get to me and remained as friendly and affable as I could. But this too was soon abused. It began with her picking at my use of normal everyday language. “Would you stop saying ‘really?’ all the time?” Laura snapped. “It makes you sound brain dead, like an alien who has just landed on Earth and doesn’t know anything.” I was actually just trying to sound politely interested in whatever banality was being discussed in the office at the time.

Laura was also a homophobic bigot, and didn’t care who knew. The TV drama ‘This Life’ was on being aired on the BBC at the time, and it included a gay love story. “Did you see that filth last night?” she asked people as they came into the office. “Two men kissing in the shower. Disgusting.”

Our office had frequent visitors, the main one being Patricia from the Buying Department, who always seemed to lurk when I was bending over one of the desks to sort out the post. They would make jokes and comments about me within earshot, and as she left the room she would slap my bottom while Laura laughed.

Humiliation and degradation are the cherished tools of the bully, and Laura regularly dispensed them against me. The worst moment for me was the day she took a file from the shelf and discovered a document had been put in the wrong place. There were a handful of people in the room at the time and Laura decided to let rip:

I apologised, tried to tell her it was a genuine error, but she could not be pacified, especially not while she had an audience, although they looked almost as uncomfortable as me, especially Greg from Graphic Design, who she had screamed at about something the previous week. Yes, I was not the only target of her rage in that building, and she got away with it because she was the company owner’s daughter. But he didn’t defend me, nobody defended me, and so I took my despair, my utter humiliation, my feelings of worthlessness, of ineptitude, of abject self-hatred, and went into the adjacent office with a paperclip, opened it up, pulled up a shirt sleeve, and scraped its sharp edges against my wrists. I was showing myself exactly what she made me feel about myself.

Workplace bullying is a serious matter, because it leaves the victim mentally wounded for life. Their confidence and self esteem will forever be damaged, either just dented or completely shattered. This is the first time I have opened up about my horrible experience in that office. Maybe I feared people would automatically take the side of the female perpetrators because of the gender dynamics in play?

The scars on my wrists healed, but the scars in my mind remain.

The featured image is not a depiction of Laura or the author Mr Calvary. 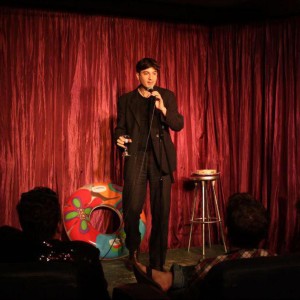