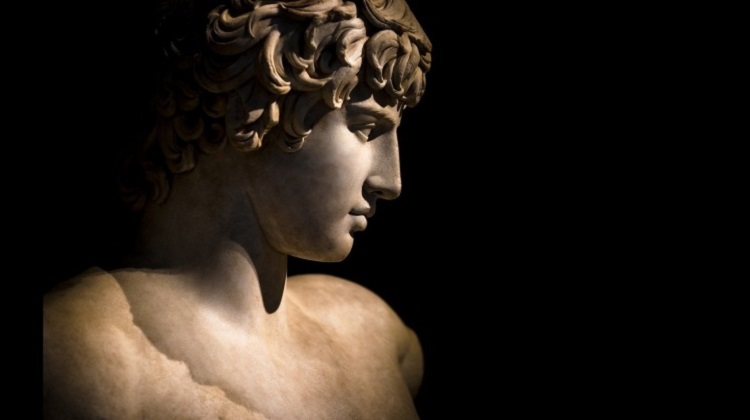 There are many characters from Greek mythology who displayed involuntary celibacy, but perhaps none more famous than Apollo, the god of rational thought.

Jungian psychologists view Greek gods and goddesses as archetypes – themes that appear not only in mythology but also psychologically and behaviorally in the lives of men and women. Apollo was the god of many things, including music, education, knowledge, and other intellectual pursuits.

The Apollo archetype personifies the aspect of the personality that wants clear definitions, is drawn to master a skill, values order and harmony. The Apollo archetype as it appears in the behavior of men (or women) favors thinking over feeling, distance over closeness, objective assessment over subjective intuition.

Apollo can be viewed a metaphorical ‘incel‘ figure. The following from psychiatrist Jean Shinoda-Bolen’s book Gods in Everyman describes this aspect of Apollo or the ‘Apollo man’ :

Apollo was the most handsome of gods, as well as responsible and dependable: the sun always came up, rose and set when it was supposed to. He emphasized virtue and had precepts to live by carved on his temple walls. Yet he was unsuccessful in love, rejected by Cassandra, Sybil, Daphne, and Marpessa. The women Apollo the god wanted to have, and was rejected by, were the kind of women who also may reject an Apollo man.

The woman who rejects a handsome, virtuous, dependable Apollo man usually does so because he lacks qualities that are essential for her, such as depth and intensity, or emotional closeness, or sexual spontaneity. Apollo men are rejected by women who want a deeper bond, with more intensity and emotional expressiveness, than he can provide.

The integrity in which an Apollo man may live out his precepts or live up to his agreements draw admiration and respect, rather than love or passion. Women who are aware of these priorities will not choose him to begin with, or, on discovering what is lacking, may reject him as a lover later. 1

Individuals who resemble Apollo have difficulties that are related to emotional distance, such as communication problems, and the inability to be intimate… Rapport with another person is hard for the Apollo man. He prefers to access (or judge) the situation or the person from a distance, not knowing that he must “get close up” – be vulnerable and empathic – in order to truly know someone else…. But if the woman wants a deeper, more personal relationship, then there are difficulties… she may become increasingly irrational or hysterical.1

When considering the idea of using Greek deities as descriptors, I’m reminded of a statement by C.G. Jung who wrote, “To serve a mania [a modern psych label] is detestable and undignified, but to serve a God is full of meaning.”

If we translate Jung’s statement into one that speaks to our present topic it would say this: To be a devotee of Apollo amounts to a life filled with meaning, but to be labelled an incel is detestable and undignified.

Said differently, a focus on the many positives of a man’s life provides a more dignified estimation than focusing only on the negative of how he falls short of a petty, gynocentric value system.

With so much negative and maligning discourse around the topic of incels, perhaps its time we looked at the life of an involuntary celibate as every bit worthy as any other life. If we use Apollo as a model, we might even call parts of that life divine.