Another attempt for civilization to get civilized

in A Voice For Men, Featured, Male Genital Mutilation 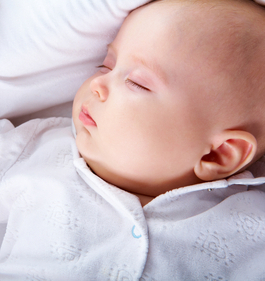 Norway has just joined an august group of truly progressive nations that have attempted to protect all infants from genital mutilation by seeking to ban the routine circumcision of baby boys.

A libertarian and neo-liberal populist group called the Progress Party (FrP) of Norway has voted recently and passed a platform that includes banning routine circumcision of boys under 16. The platform includes a ban on wearing hijabs in public schools and was criticized as an attack on minorities. The European Jewish Association called on other Jewish organizations to help them oppose this and any other legislation that they consider anti-Jewish.

Voted down was a compromise that only banned government-funded circumcisions.

The Progress Party is the third largest in Norway and has a coalition with the Norwegian Conservative government. It’s platform doesn’t dictate law but shows support for the ban in upcoming elections later this year.

The Independent reported it this way:

A political party in Norway has voted to ban the ritual circumcision of boys under the age of 16 and several other measures which have been blasted as an attack on minorities.

Advocates claimed that circumcision resulted in mental and physical harm to children and was a serious violation of human rights.

The party leader, Siv Jensen, told the Aftenposten newspaper that she was against forbidding circumcision.

Ms Jensen insisted the move was not designed to target minorities and that her party had consistently defended Israel.

The vote in Norway comes a day after Belgium’s Parliament of Wallonia voted in favour of banning ritual slaughter, which would affect Jewish kosher and Muslim halal rituals. It comes into effect in September 2019.

You’re a Nordic country that never had the nasty habit of mutilating infants at birth, and then come immigrants with those habits as well as other rituals and customs that need addressing. Some newcomers want to slaughter animals for religious reasons. Many want to cut the genitals of both male and female children, also for religious reasons.

Some things are just wrong. There must be standards of human rights and decency in our laws that are consistent and complete.

Consistent when circumcision is banned regardless of its funding.

Complete when they protect both girls and boys from genital mutilation.

Religion does not, for example, allow the murder of someone, so how can we allow ritual maiming of unconsenting infants, an obvious assault? The answer is… we don’t legally allow it (most common law countries guarantee protection against bodily harm), and we shouldn’t do it, but most of us don’t know (or deny) this is a human rights issue. Those who deny that the Constitution protects infants from the same bodily harm as adult citizens are denying those children their very humanity.

Can we agree infant boys should have the same protection as animals, and heaven forbid, girls?

The line is drawn at bodily integrity for all persons (of all ages) and animals.

Across the board, we must protect the most vulnerable of us from harm. It’s obvious that Norway and other countries are not against any particular race or religion as evidenced by the fact that their immigration has caused these issues. Either we value and enforce the right to bodily integrity for all, or we’re on a slippery slope that allows human rights violations to continue against infant boys.

It’s clear what any civilized society would do: pass the ban.

Unfortunately for male infants, some countries have a history of allowing, even promoting, abuses such as routine circumcision, allowed for various erroneous reasons, including religion, to the point that even non-Jews and Muslims are routinely cut. Just because those countries have an insidious and morbid stake in infant genital mutilation, that does not make it right, just as some once believed that slavery, or multiple wives, or virgin sacrifice, or female genital mutilation was right.

When enlightened people realized slavery was wrong, that battle for human rights was on. Those without slavery stayed free, while those with slaves struggled – some through civil war – to end it.

From The Independent, here are some of the many comments in support of the proposed ban:

Cephalon
This party does not care about the rights of babies or children. This is yet another stick to beat foreigners with. The ugly thuggish European values still live on – they just pretend they are defending something positive with a very negative ulterior motive.

Because there’s nothing less thuggish than assaulting kids.

borabosna
You can understand it. It’s simple. Humans get stuck with stupid things throughout cultural evolution. Genital mutilation is about primitive beliefs regarding preventing adultery and signaling loyalty, reducing sexual pleasure (which is supposed to be a bad thing), and in the case of boys, a violent rite of passage toughening them up to a hard life of hunting and warring by giving them pain early on (many cultures circumcise not at birth but later). Some claim that in ancient Egypt, where circumcision originated as far as we know, male priests would cut their genitals to offer to goddesses, and the practice became streamlined and mainstream later.

I leave you with this final comment, to which I fully concur:

jaakari
So a progressive policy bringing in the same safe guards to boys that girls have….

Peer Review: A (not so much) gender perspective

International Conference on Men’s Issues (2020) – website and promotional video, your invitation to be a speaker

Now’s the time to redouble our efforts