An alternative to Paper Abortion

Paper Abortion refers to the concept of men (being non-fetus-carriers) having a legal equivalent to an abortion. Now, no actual abortion is involved; whoever may be carrying the baby, a Paper Abortion does not terminate the fetus. What is done is a termination of paternal rights and responsibilities. As far as the father of the child is concerned, the child is/was/will never be born, so he has no claim to be with it and cannot be called on to support it.

Just as if it had actually been terminated. He is, in effect, not a father.

Paper Abortion is not a popular idea. Many feminists argue that the discussion shouldn’t even be held, but, unfortunately for them, we live in a nation believing in free speech, so the discussion has been and is being held. Do men deserve equal reproductive rights? Should fatherhood be able to be forced on a man where motherhood wouldn’t be on his female counterpart? If not, how exactly do we fairly enact paper abortion so it won’t be exploited by genuine deadbeats?

All valid questions rising from a valid concern. In the modern age of All Inclusive Equality, any imbalance between differing groups should be at least addressed. The imbalance here is clear: after conception, a woman has the option of abortion to terminate the pregnancy, preventing herself from becoming a mother. Men have no such option. Once they have sired a child, as long as it is carried to term, he has no legal means to not become a father. He can and likely will be forced to support the child, even if he never wanted to be a father.

By any reasonable definition that is an inequality.

So, given the assumption that women have greater reproductive autonomy (I’m sure there will be comments refuting that, but given…), how can the prenatal parental playing field be leveled?

Paper Abortion is one option, but, as I said already, it is unpopular. So, in the name of fairness and justice, I propose an alternative, a way to equalize men and women’s parental rights without encouraging deadbeat dads.

I’ll break it down: Society doesn’t like to give men (as a group) more rights. Never has. Makes it harder to keep the workforce in check. Feminists say it’s an attack on women. Giving men something in line with abortions would increase their reproductive rights, which is seen as a threat to women’s rights. So Paper Abortions are out; no additional rights for men.

Society also doesn’t like to take rights away from women (as a group) (at least not any more; history is a fucked-up place). As feminism has marched on over the last century and into its fourth wave, whatever has been gained has not been likely to be given up. The point being, there’s no taking abortion away from women. For legal, moral, medical and practical reasons, it’s not happening.

So, no giving rights to men, and no taking them away from women.

What can we do?

Well, rights tend to be balanced by responsibilities. Every child learns that growing into adulthood brings more rights and privileges, but also duties and requirements. So, if women have more reproductive rights than men, but we can’t actually change the distribution of rights, we should change the distribution of the corresponding responsibilities.

Let women have access to abortions. They can save women’s lives. Men do not carry children, so they have no need for the procedure, no need for a equivalent. It is a biological difference, so let women have at it.

What needs to be equalized is the legal burden placed on parents. If we’re going to accept women having abortions, we have to realize that they won’t only have them for medical reasons; women do and will have abortions to terminate an unwanted pregnancy.

Let them. Women shouldn’t have to carry an unwanted child. That is cruel to mother and child.

Men can’t, after all. Once his sperm is loose, if it conceives a child, he is its father and there is nothing he can do. He is responsible for it. Period.

Let the same be done for (to) women. Don’t make them carry through an unwanted pregnancy, but enforce the parental responsibilities they have inferred. Once a person, man or woman, has conceived a child, they are responsible for it. Even if a woman has an abortion, she has still conceived, which means she is a mother.

How, you ask, can a woman still be a mother after an abortion?

Simple: adoption. Any time a woman has an abortion, she should be required to subsequently adopt a child. The father of the aborted fetus will be made the legal father, and she the legal mother. They are both responsible for it, must pay for it, care for it, must raise it as if it were their own. The woman does not have to go through the rigors of pregnancy, but she still must face the responsibilities she has taken upon herself by conceiving a child. She becomes a mother whether or not she has an abortion.

Equality is as simple as that. Abortions all around, for whatever reason, but evenly enforced parental responsibilities via adoption. If you conceive a child, you have to care for a child (even if it isn’t genetically your own. But don’t worry, it’ll probably come to identify as your child, so same diff). There are a huge number of children in need of adoption in America alone, and this would help relieve their pain by giving them parents.

Women would then be on the same footing as men, knowing that if they conceive a child they will become a parent, albeit adoptive, even if they didn’t want to. There won’t be the backdoor any longer of hoping your (female) partner will have an abortion and free you both from parental responsibility, but at least it will be evenly cruel and unfair. Women can still have abortions for medical reasons, but that won’t get them out of being a parent, just as men have no way to terminate their parental responsibilities. If a child is conceived, both parties are on the hook, no exceptions. The mother will still be the one to decide if they’re on the hook for their own child or an adopted one, but there will be a child in their lives, his and hers.

If she didn’t want to be a mother, she should’ve kept it out of her pants.

Editorial note: Given how stupid and dishonest some of our critics are, we feel it necessary to point out that this article is ironic and satirical and meant to force people to think what they’re really saying when they say “if he didn’t want to be a father he should have kept it in his pants.” That we even have to say so explicitly is a sign of the times we live in. Adopt a child whether you want to or not! –Ed 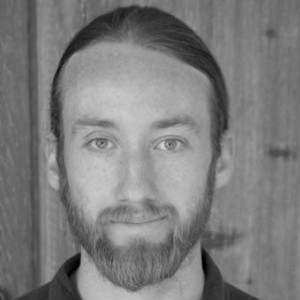