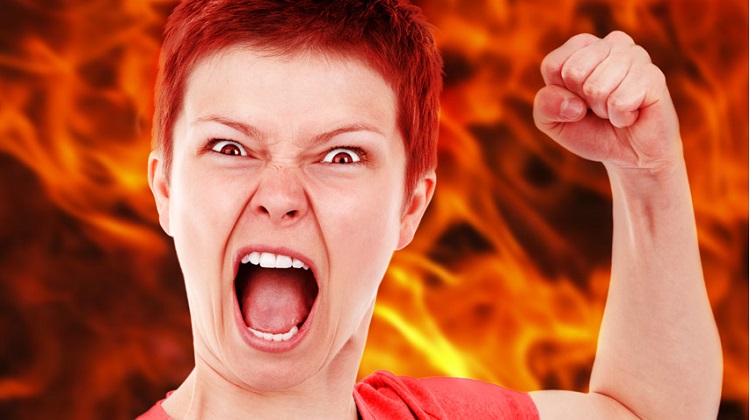 It’s no secret that women feel entitled to special treatments from men based on the European culture tradition of chivalry: i.e., allowing women to go through the door first; showering the “fairer sex” with compliments about being beautiful, caring or pure; paying for dinner and other life luxuries; and offering them costly care and protection around the clock. In the modern context chivalry boils down to the male posture of deference to women’s needs and wants, which understandably fosters a positive self-concept in women and a sense that they must be “worth it” as we are reminded by the ubiquitous advertising jingle.

The expectation of male chivalry, or benevolent sexism as some prefer to call it, is nothing new and there are countless studies confirming that women generally expect such treatment from men.1 So we will take that expectation as a given. What hasn’t been studied sufficiently in women is the reaction men’s failure to provide expected level of chivalric supplies, and this is where we run into the useful concept of ‘aggrieved entitlement.’

The phrase aggrieved entitlement was popularized by feminist Michael Kimmel who refers to it as a gendered emotion displayed by disenfranchised males, entailing “a fusion of that humiliating loss of manhood and the moral obligation and entitlement to get it back.”2 By ‘manhood’ Kimmel is referring to rights that males have supposedly enjoyed over women and culture that are subsequently denied them by a changing world. He further clarifies that men “tend to feel their sense of aggrieved entitlement because of the past; they want to restore what they once had. Their entitlement is not aspirational; its nostalgic.”3

In a recent paper Dennis Gouws suggests that the aggrieved entitlement descriptor can be equally applied to the behavior of women. Reviewing Kimmel’s concept he concludes:

Because Kimmel’s sympathies lie with gender feminism, he is uninterested in how this concept might apply to women’s behavior. Women might express aggrieved entitlement when they experience what they perceive to be a humiliating loss of the gynocentric privilege to which gynocentric chivalry, gender feminism, and hegemonic gynarchy have entitled them. Self-righteous, angry expressions of personal offense and even violent acts might result from their perceived moral obligation to regain their sense of gynocentric privilege. A cursory internet search of gender-feminist responses to men’s-issues speakers on campus and to the establishing men’s groups or other male-positive spaces on campus will provide examples of this aggrieved entitlement.4

Gouws provides a useful example of aggrieved entitlement by women who dominate university campus culture. Men attempting to establish male support groups on female-dominated campuses, or who attempt to invite speakers sympathetic to men’s health issues, have frequently been met with fury for apparently removing the chivalric focus from women and their issues. The resultant female rage has triggered violent protests, intimidation, vindictive and false accusations, or boycotting of male initiatives through financial and other means.

Looking at the sexual-relations contract that has been operating for eons we can see that a certain degree of narcissistic pride was encouraged in order to sweeten gender roles for men and women – “He’s an awesome strong man, a man’s man and a great provider” or “She’s a magnificent mother, those children never go without love or food”. Those adhering to traditional gender roles received compliments for their service, along with some compensatory payoffs by the opposite sex.

When an individual fails to adhere to their traditional gender role the bubble of narcissistic pride bursts, giving rise to aggrieved entitlement in members of the opposite sex. In the language of psychology we would say the expectation of narcissistic supply has been cut off, and narcissistic injury and rage steps forward to address the grievance. Most readers would know that some of the worst examples of aggrieved entitlement by women are displayed by feminists, about whose behavior Ernest B. Bax was able to conclude, “Weakness, to whose claim chivalry may per se be granted, forfeits its claim when it presumes upon that claim and becomes aggressive. Aggressive weakness deserves no quarter.”5

I may point out in conclusion that the existing state of public opinion on the subject registers the fact that sex-conscious women have exploited the muscular weakness of their sex and have succeeded in forging a weapon of tyranny called “chivalry” which enables them to ride rough-shod over every principle of justice and fair play. Men are cowed by it, and fail to distinguish between simple weakness per se which should command every consideration, and that of aggressive weakness which trades upon “chivalry” and deserves no quarter.6

“Even taking the matter on the conventional ground of weakness and granting, for the sake of argument, the relative muscular weakness of the female as ground for her being allowed the immunity claimed by Modern Feminists of the sentimental school, the distinction is altogether lost sight of between weakness as such and aggressive weakness. Now I submit there is a very considerable difference between what is due to weakness that is harmless and unprovocative, and weakness that is aggressive, still more when this aggressive weakness presumes on itself as weakness, and on the consideration extended to it, in order to become tyrannical and oppressive. Weakness as such assuredly deserves all consideration, but aggressive weakness deserves none save to be crushed beneath the iron heel of strength. Woman at the present day has been encouraged by a Feminist public opinion to become meanly aggressive under the protection of her weakness. She has been encouraged to forge her gift of weakness into a weapon of tyranny against man, unwitting that in so doing she has deprived her weakness of all just claim to consideration or even to toleration.”7

Bax penned the above observations over a century ago, although the behavior he described had been around for much longer than that. The phrase ‘Hell hath no fury like a woman scorned’ is usually attributed to the English playwright and poet William Congreve. He wrote these lines in his play The Mourning Bride, 1697:

Heav’n has no Rage, like Love to Hatred turn’d,
Nor Hell a Fury, like a Woman scorn’d.

These lines describe a temporary loss of male chivalry by women and the aggrieved entitlement that ensues – a reaction that Michael Kimmel pretentiously emphasizes as a mostly male pathology. A more honest appraisal of the changing gender roles and the accompanying sense of aggrieved entitlement would admit that women’s roles and choices have expanded exponentially, which includes the throwing off of any expected responsibilities toward men and boys, while conversely the male role of providing benevolent sexism/chivalry for women has changed little. On the basis of such disparity men appear to be coping remarkably well in comparison to women who retain many of their traditional privileges and expectations, but who display extreme rage at micro-disenfranchisements and momentary lapses in chivalric supply.

Benevolent sexism toward women remains the norm, despite women’s traditional obligations toward men being wiped out

In summary the grief-reaction over loss of traditional roles is not a predominately male issue. Women have yet to experience the loss of gendered entitlements on anywhere near the same scale as men, however they are equally proficient at raging over micro-losses of chivalry and male deference. The theory of aggrieved entitlement thus applies to no gender in particular – so lets use it to describe the ever-present rage displayed by women in both private and public settings.

PrevPreviousWill 2019 be the year of MRA lawsuits?
NextGynocentrism and the sin of being maleNext
Menu