Passive-aggressive articles about men’s alleged ignorance are nothing new. You could even say they are a kind of tradition. Scott Barthelmes, founder of the Relevant Man and contributor to The Good Men Project is more than happy to carry on this tradition with his piece 5 Things Women Know that Men Don’t.

Before we get started let’s just say up front that there are exceptions to every rule. So, all of you haters just need to simmer down and know that these “5 Things Women Know That Men Don’t” are based on personal observances and experiences. But then, all of you women readers already knew that … didn’t you? See what I mean?

Scott, if this opener is any indication of your experience, there’s going to be a lot of things women know that you don’t—penis notwithstanding.

The guy might be able to determine the place for said acts based on her state of arousal and a great deal of planning on his part. He might even think that he “slipped one past the goalie” from time to time. But, don’t be fooled. She knew what was coming before he had a clue. If it happened, she knew it was going to happen first.

What a weird way to start an article. Out of all the ways to express stereotypes against men, recasting positive sexual encounters as something the woman foreseeing before the guy is a bit contrived.

It’s also a bit of a gimme: You are basically saying that a company knows if it will hire someone before the applicant does. The moment you turn this story around where a woman is interested in a man, your entire first paragraph makes no sense unless you are describing a rapist.

I picture a deranged, sexless goblin named Charlene eyeing Scott from the stormy outdoors through a bar window. Flashes of lightning light up Charlene’s pickled warts and quake her porridge-like complexion. She mutters with a hint of desperation and determination to the voices in her head that she knows where and when she will tie Scott to a streetlamp and get his rectum into the Guinness Book of World Records.

If only Scott knew.

Many women know how to share their feelings with one another.

OK, I can see you rolling your eyes from here. I know that almost every guy out there is saying “Why would I want to share my feelings with another guy?” Why indeed?

Doesn’t that question and the eye roll convey feeling? Don’t you know how feelings work, Scott?

Well for one thing; it would provide a sounding board to bounce things off of in advance of you doing something stupid. You know you’ve been there. You’ve done something that later proved itself to be heartless, selfish, boorish, or short-sighted. […] Something that you might have reconsidered had you had someone to talk with about it before you said, did, or wrote anything. […] But, it’s pretty rare for guys to talk about intimate stuff like emotional relationships, the latest men’s fashions, or how someone made you feel. Guess what. Women do that shit all of the time.

As your sounding board acting after the fact, please reflect on the bold text and links added by me.

Most women know men’s insecurities — even ones that the guy doesn’t know himself. Guys, do you ever feel like maybe you’re being played by the fairer sex? That’s because you are. It’s like a sixth sense that drives their two minute drill offense. They see your weak spots. They gather the information. They wait until the closing minutes, then they throw the deep pattern that you never saw coming. Boom!

Is this passage supposed to make me admire women? I don’t know about you Scott, but I wouldn’t associate with people who feel the need to use reconnaissance and emotional conflict in daily life.

To be fair, there have been times a woman has said immensely hurtful things to me that made me upset, and left me sputtering for words. It’s not that I couldn’t express what was wrong; I always know exactly what’s wrong the moment I heard an evil statement! The problem is that I am to this day surprised when someone goes out of their way to hurt me. it leaves me speechless, angry and hurt. Why? Why do that? Why would someone I thought was close to me put energy into making me feel worse about myself?

I think I agree with you on this one, Scott. With the exception of the abusive few, men do not make a point to analyze a woman’s insecurities for future leverage. It never even occurs to them, because men are good people. Hurtful words—NOT banter!—are something I’ve only experienced coming from women, including women who love me. I think all women should be deeply ashamed of themselves when they knowingly hurt someone’s feelings, because that is not how civilized people should behave.

Thanks for bringing this issue to our attention, Scott. And thank you for letting me share my feelings on this situation.

Many women know what sort of birth control they’re using (or not using) at all times.

Your deadline must have been like an hour after you wrote this.

Most women know about skin care and hair care products that most men never even knew existed.

Men look good enough as it is without needing to know, but again, Google is your friend.

BTW: in case you were wondering … there is a list of things that men know, and that women don’t know too. But that’s a list for another day.

Thank you for your experience, Scott. 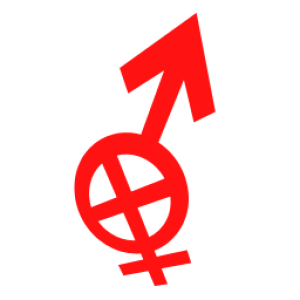