The Worldwide Future of ICMI

Recent events surrounding the next ICMI have been testing at times, and more than a little stressful. I am happy to report, however, that out of the fray has come some new thinking and a new model for conferences in the future.

I (with an awful lot of help) started ICMI in 2014. Since then it has blossomed into iconic status in the men’s movement, calling on men and women from across the planet to unite under the same roof once a year to celebrate men and boys and call attention to the issues they face.

And as anyone who has ever hosted an ICMI can tell you, they are challenging events to pull off, putting a lot of weight on the backs of conference organizers. They are also necessary to a robust and active men’s movement.

With that in mind, I have decided (again, with the help of many) to carve out a new, better future for the event worldwide.

From this point forward, I am assigning full rights to the intellectual property known as the International Conference on Men’s Issues to specific individuals and the organizations they represent in three geographical locations.

Future conferences in Europe and North America will now be under the direction of Mike Buchanan of Justice for Men and Boys (and the women who love them). Mike has already hosted two successful conferences and has been integral to keeping the conference series alive. And by the way, I am happy to inform you that Mike is also busy preparing to launch the first national men’s conferences for the UK!

The authority for ICMIs in Australia will henceforth be handled by Robert Brockway, president of the Australian Men’s Rights Association (AMRA). And as I understand matters, they are working diligently as I speak on the next conference down under. Look for news on that in the days ahead.

Last, but certainly not least, Anil Kumar and the Save Indian Family Foundation will handle all future conferences in the nation of India. And as I understand from recently speaking to Anil, the Indian crew is already in preparations for ICMI’21 in New Delhi.

What all this boils down to is an actual expansion of the ICMI dream. As each of these entities operate independently, it will be possible in the future to have multiple conferences (and national conferences) in the same year. Geography considered, there is no reason to expect that any of the three regions would be in competition with each other. Each region will be able to have an ICMI conference every year, or even more often, if they so wish.

This allows for the growth and spread of ICMI activities worldwide, while allowing other noted activists to take on ICMI planning with fresh eyes.

At this time, I want to take the opportunity congratulate and thank Mike, Robert and Anil, three activists I have had the great pleasure to know and respect over a period of years. I can’t think of three better men to take this on and to ultimately grow ICMI into a flourishing worldwide event. 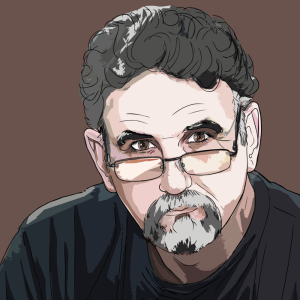